Brexit – six months on: Where are we now? 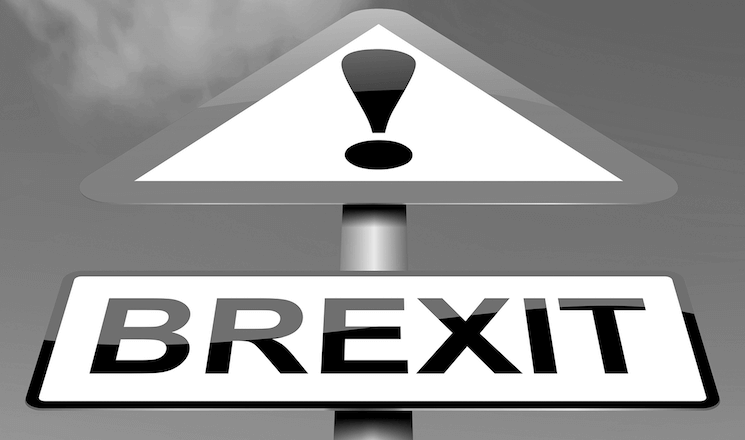 ‘Brexit means Brexit’, declared the Prime Minister immediately after taking over the leadership of her party and the country. The British people had just voted by a small but significant majority to leave the European Union. Six months on, it’s time to take stock.

The roots of this confusion can be traced back to the referendum campaign, when both process and substance conspired against clarity. As Simon Usherwood argues in this report, the decision by the then government to forbid the civil service from carrying out any planning for a possible ‘Leave’ outcome has limited our understanding of what Brexit might entail. There was, in any case, no way of finding out the possible outcome of UK-EU exit negotiations until after a vote to leave.

Moreover, people voted in June for the idea of Brexit, with no choice over those who might put it into practice. Those who campaigned for ‘Leave’ were in no position to deliver, being either outside government, or unable to guarantee their future position within it. The ‘Leave’ campaign, therefore, was in no position to implement whatever programme it had laid out.

Which brings us to the second problem. There was no clear programme. Indeed, the ‘Leave’ side was profoundly divided along a spectrum ranging from those interested in significantly reducing migration and those who see Britain’s future as being more – rather than less – internationalist and are far less concerned with pulling up the national drawbridge.

In other words, as Jonathan Portes pointed out even before the referendum, three outcomes were squeezed into the binary container that was the ballot paper. ‘Remain’ was arguably clear enough; but ‘Leave’ encapsulated at least two options – what we now know as ‘soft’ and ‘hard’ Brexit. Briefly put, the softest conceivable Brexit involves continued membership of the single market (the ‘Norway model’), while hard Brexit implies no agreement with the EU on future trading relations (the ‘WTO model’).

It is no surprise, then, that recent weeks have seen a lively debate as to the outcome the Government should seek. Talk has resurfaced of the Norwegian, Canadian and Swiss (though not, as yet, Albanian) models which figured so prominently during the campaign. Meanwhile, as Sara Hagemann argues here, statements from the UK’s European partners have set out the limits of what they are willing to contemplate.

Yet for all the chatter, six months on it is striking that we seem little closer to knowing what Brexit actually means. Indeed, chatter is pretty much all that has occurred since that fateful day in June. While the media are full of Brexit stories, these are, of necessity, speculative. Everyone knows that something big is going to happen. The problem is, we can’t be sure of what it will look like until it does.

Nevertheless, it seemed apposite, after these first six months, to cast an eye more systematically over what has transpired. To that end, we have looked at a number of areas of relevance to the Brexit process, to see just where we have got to.

We open our report with John Curtice’s analysis of post-referendum public opinion, which suggests that the country is as divided as it was six months ago. I argue that the logic of post-referendum politics is nevertheless for a ‘hard Brexit’ and that Brexit forms part of a potentially broader shift in the UK political landscape. Matthew Goodwin pursues this further, showing how Brexit is exposing and exacerbating potentially fatal strains in, especially, Labour’s traditional electoral coalition. Meanwhile, Simon Usherwood identifies the ‘massive shock and apparent inertia’ characterising the UK Government in its preparations for the Brexit negotiations, as it struggles with internal reorganisation and difficult politics at home and in the EU. Sara Hagemann confirms that opinion towards the UK has hardened in other member states since the referendum, to the extent that the EU27 appear to have achieved a rare degree of unity.

Catherine Barnard argues that the legal framework for the Article 50 negotiations also poses severe challenges for the UK, because of the two-year timeframe it allows, and because it excludes negotiation of any long-term agreement. Meanwhile, the Great Repeal Bill promised for 2017 is set to be another apparent legal formality that will raise challenging questions across a whole raft of policy areas. As Michael Keating and Jo Hunt show in their contribution, the signs so far are that both the Great Repeal Bill and the Brexit negotiations could severely strain the UK’s current devolution settlement.

Richard Whitman suggests that UK-EU negotiations over a future foreign, security and defence policy relationship could be relatively straightforward, although the challenge remains for the Government of defining the place of future relations with the EU in the UK’s wider international relations. By contrast, Jonathan Portes and Iain Begg suggest that, with regard to free movement/immigration policy and the EU budget, respectively, negotiations are likely to be extremely difficult.

Iain Begg’s piece also highlights that the impact on the UK public finances of the UK-EU budget settlement will be dwarfed by that of the macroeconomic effects of Brexit. In a further contribution, he and Jonathan Portes set out how the UK economy has not suffered anything like the shock from the vote that most observers had expected. However, they argue that the economy’s current performance may not be sustainable, and that the macroeconomic effects of Brexit will anyway mostly be felt over the medium to long term. These effects will depend in part on the UK’s future relationship with the EU, specifically with the single market and customs union. Concurring with my analysis, Angus Armstrong suggests the indications so far are that the UK is unlikely to be in either – that is, that Brexit is likely to be ‘hard’, although how hard remains to be determined.

All in all, six months on, we do know more about where the UK Government may try to take us. Many key issues, however, remain stubbornly unaddressed or unresolved. And as for where our partners will allow us to go, this is something we will only know once we have pushed the Article 50 button.

As ever, I’d like to thank all those colleagues who contributed to this report, and more broadly to our work over this year. Ben Miller was, as always, key to this publication’s timely appearance. Particular thanks to Brigid Fowler who went far beyond the call of duty to bash this report into shape.

Anand Menon is the director of The UK in a Changing Europe.