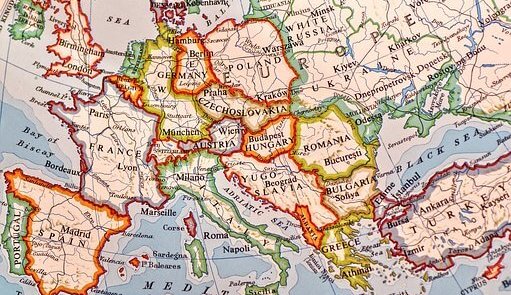 As the UK hovers on the brink of exiting the European Union, is there anything that might be learned from the experience of others in the past? Examples are few and far between. The emergence of independent states following decolonisation offers no comparison.

And it is really rare for a state to leave a voluntary union of sovereigns. Liechtenstein remained outside the Swiss Confederation, never joining it. The secessionist states in the US were defeated and uncomfortably brought back into the fold.

However, Slovenia’s leaving the Yugoslav federation — Sloexit — can offer a limited point of comparison and some insight on the impact and effects of independence.

This example of a state seeking independence from a union of sovereign states, where sovereign rights in some areas had been transferred to that union and where decision making was inter-governmental provides a patent point of reference.

Of course, big differences in circumstances — notably the profound divergence between Slovenia under communism and the UK in the European Union — make full-blown comparison impossible. But, it is a clear cue for informed reflection and illustration.

So, what can be taken from the Yugoslav break-up—and Slovenia’s experience of independence, in particular—for Brexit?

This can also generate circumstances that are uncertain and can lead into unforeseeable waters, more likely than not, with adverse effect. In such situations, the logic of argument takes over and binds those arguing into a course of events they cease to control. This means that outcomes will be unknown and the effects on the actors themselves will be unpredictable — and might include armed conflict.

Beyond this, there were three major negative impacts caused by Sloexit. First, sharp economic decline — production fell by 9.3 per cent in the first year and a further six per cent the following year. Second, there was a significant decline in trade and industry, particularly affecting businesses significantly active in the union, leading to restructuring, losses and closures — re-orientation took around 10 years and many businesses collapsed.

Last, perceived uncertainty and insecurity made international loans and credit harder to secure, and inhibiting foreign direct investment. These were effects that, all things being equal, might well be expected to hit the UK, in one way, or another.

Slovenia was relatively lucky in exiting Yugoslavia. There was certainly a price to be paid, as the negative effects on the economy proved. Yet, for Slovenia, independence was survivable and also allowed economic restructuring to enable a more modern economy.

Slovenia’s luck was not, of course, matched by the other Yugoslav states, who, one way or another, suffered from armed hostilities for a decade after dissolution.

Indeed, while many in Slovenia are probably comfortable with the country’s progress and accession to the EU (though by no means all, with large segments of the population exhibiting versions of Euroscepticism), they must also be haunted by the ghosts of the unexpected armed conflict that came, in some sense, as a consequence of their country’s quest to exercise the full set of sovereign rights to be masters of their fate.

It is even more unlikely—unthinkable—that a fracturing of the EU would lead to armed hostilities among the member states. Yet, a warning from the Yugoslav experience might be to consider the way in which the dynamic of batting claims to sovereignty back and forth can create a Frankenstein’s Monster with a life of its own.

Separation, of course, is not at all dissimilar to the phenomenon of married couples, or other forms of partnership, in which one party, for whatever reason, decides that it is time to part ways, and the other—however much this other might recognize rationally that the split makes some sense—reacts emotionally to being left and abandoned.

It is a caution, that, whatever the belief that rationally, whatever the evidence, things will remain the same, the evidence of separations is that they are hard and that being rejected by being ‘left’ almost inevitably creates resentments, even where there is good will.

And, as research with formerly married couples shows, those separating may wish they had remained in union five years on. And Slovenia’s experience was to join another union as soon as it could, which is the almost inevitable fate of all states that are open, trading, financially interdependent (and socially transnational) who seek economic prosperity, and the stability such prosperity requires in the twenty-first century.