So Boris Johnson is going to ‘do’ Brexit – but what are the actual options? 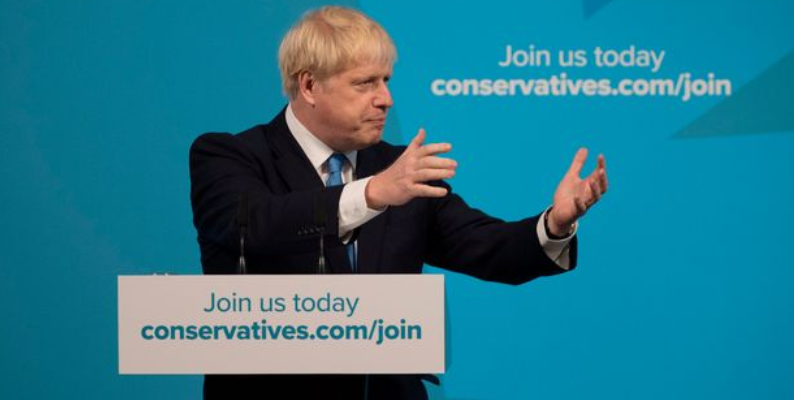 Brexit is “oven ready” and will be “done” on 31 January of next year. True enough. Except, of course, virtually nothing will actually change – except that we lose our voice and vote, and what remains of our influence on the future course of the EU.

We’ll still be in the single market, free movement will continue, as will our financial contributions, and there will be no tariffs or customs checks, either between Dublin and Calais or in the Irish Sea.

Instead, we will enter an uneasy interregnum, the so-called “transition” period – really a standstill period.

So what happens next? A trade deal with the EU by the end of 2020, as per the Conservative manifesto promise, a pledge repeated by Michael Gove on Sunday. The manifesto also included a promise that there would be no extension to this period.

And, according to No 10 sources quoted in the Sunday Times, the deal would be on terms dictated by the hardline Brexiteers, meaning no “level playing field” provisions that would stop the UK setting its own course on labour rights, environmental protection and state aid.

There’s just one problem. There’s no chance of the EU agreeing to such a deal. No level playing field – not to mention concessions in other politically sensitive areas, such as fisheries – means no trade deal.

So that appears to leave the government with two unattractive options. First, no trade deal at all, with the transition period ending at the end of 2020.

This wouldn’t be no deal; the withdrawal agreement, including citizens’ rights, our continuing financial obligations and the special arrangements for Northern Ireland, would still bind both sides.

But it would be the hardest of hard Brexits for British business, with tariffs, customs controls and a cliff-edge exit from the single market. The long-term economic damage, according to both the government’s own modelling and independent estimates by UK in a Changing Europe, – in a report that I worked on – would be up to 8% of GDP, or £2,500 per head.

On the plus side, we’d get our fish back, although we’d have to eat them ourselves rather than sell them to the rest of Europe as we mostly do now. And, perhaps most damaging of all, there would be a full customs and regulatory border, with tariffs and more, in the Irish Sea.

So if this hardly seems appealing, what’s the alternative?

Once again, we’re entering into a negotiation with a much larger and economically more powerful partner, and with the guillotine of a hard (albeit largely self-imposed) deadline. The outcome seems obvious: a deal, but on the EU’s terms.

Those are best summed up by my former, and ever-pessimistic (or, as he would put it, realistic) colleague Ivan Rogers, the UK’s former ambassador to the EU: “A quick and dirty tariff- and quota-free deal, involving stringent level-playing-field conditions and an agreement on fisheries – their [the EU’s] key objectives, not the UK’s.”

But while economically somewhat less damaging overall, this would have some major drawbacks.

For some industries, such as the automotive and chemical industries, not to mention tradeable services, tariffs are the least of their Brexit-induced problems – the impact would still be severe.

And perhaps more important than the economic impacts would be the administrative ones. With transition ended and a deal in place, free movement will end, and the prime minister will have no excuse for not implementing a new immigration system.

The problem is that hardly anyone thinks such a system can be delivered in a year. Still worse, it seems highly unlikely that the UK will be ready, either economically, administratively or politically, to implement the new arrangements for Northern Ireland.

So is Johnson caught between a rock and a hard place? Yes, but remember he’s been here before.

As recently as October, it seemed his choice was no deal or political suicide. And yet he found a way through.

He agreed to the EU’s proposals in substance – the borders of the single market will be in the Irish Sea, not on the island of Ireland. He accepted a deal that he and the hardline Brexiteers had previously claimed – with some justification – would mean a part of the UK will remain, from a trade and regulatory perspective, in the EU. But the EU also blinked.

When it came to it, it preferred to renegotiate the withdrawal agreement and make some token, but politically important, drafting changes, to sticking to its public line and forcing a cliff edge for its own businesses that trade with the UK.

So what would that look like this time? The withdrawal agreement is clear: unless both sides agree to an extension by July, it can’t happen. And the UK is also now clear: there can be no such extension. There is no obvious way through, either legally or politically.

And yet, when November comes, and we’re faced with another cliff edge, and another deadline, will either side want to force us over? Recent history says no.

Of course, it won’t be called an “extension”, and what happens next won’t be called “transition”. Both political and legal flexibility will be required on both sides. But the fundamental interests of both sides in preserving the status quo will remain.

So I’m willing to make a bet – with the aforementioned Rogers, no less – that come January 2021, one way or another, the UK will – more than four years after the referendum – still be in the single market. In little over a year, we’ll find out who was right.

By Professor Jonathan Portes, senior fellow at The UK in a Changing Europe. This piece was originally published by the Guardian.