So, what about this ‘All UK Brexit’? 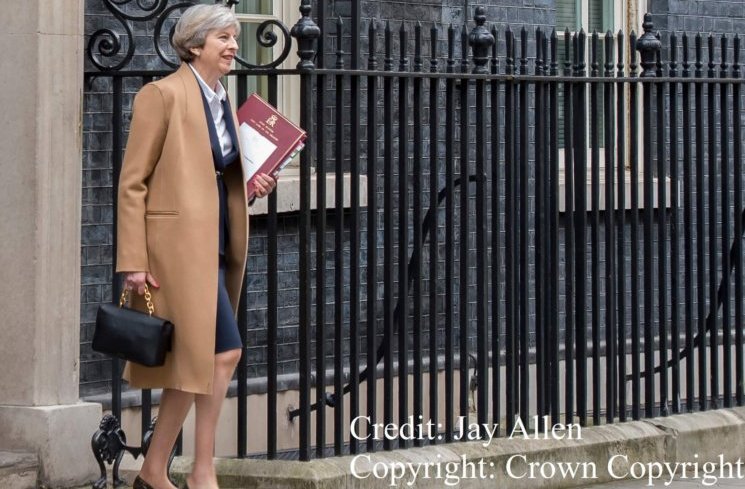 The UK Government enters the Article 50 negotiations with divisions at home on full display.

At the start of the week that will see the triggering of Article 50, the Prime Minister travelled  to Scotland to reinforce the message of a ‘more united union’, and to close down the prospect of a second Scottish independence referendum before the outcome of the Brexit negotiations have taken effect.

The call for a second referendum came in the midst of several weeks of increasingly exasperated statements from Scottish and Welsh politicians, frustrated at what they see as the UK Government’s persistent failure to engage with the devolved nations over Brexit. Whether seen as presenting a ‘brick wall of intransigence’ or a ‘tin ear’, accounts of the line taken by UK Government do little to reassure that the concerns of the devolved administrations are being addressed. So much for the ‘precious union’.

The EU Referendum exposed deep divisions within and across the UK, with England and Wales voting Leave, and Scotland and Northern Ireland voting Remain.

For the Welsh Government, it has been something of a tortuous journey from 24 June 2016 to their Brexit White Paper of 23 January 2017, which also favours a soft Brexit for the UK. The Welsh Government has had to reconcile Wales’ popular vote to Leave the EU with the dominant preference of the political classes for continued EU membership – a preference neatly captured in proclamations from the First Minister Carwyn Jones that leaving the EU would be ‘catastrophic for Wales’.

Meanwhile, Northern Ireland, currently without a devolved government, had previously seen a split within the position of the power-sharing parties in government on EU membership. The complexities there are magnified with the prospect of an EU external border running through the island of Ireland.

Notwithstanding these distinct preferences, it is the UK and not its constituent parts that is the member state of the European Union.  All foreign policy powers are held by the UK Government, and this includes the external dimension of policy areas devolved to Scotland, Wales and Northern Ireland.

What prospect, then, for the ’all UK’ Brexit?

There are avenues – both at home and away – for the devolved nations to seek to influence the Brexit negotiations.

First at home.  Last October saw the establishment of a monthly, cross-nations forum for Ministers from Scotland, Wales and Northern Ireland and the UK Government to ‘seek to agree a UK approach to, and objectives for, Article 50 negotiations’.

There was a certain amount of scepticism about the potential of this ‘Joint Ministerial Committee on EU Negotiations’ to achieve its aims. It was built in the image of the UK’s existing cross-nations forums which, in the main, are criticised as weak and ineffective, and in some cases have been so disregarded by the UK Government that they have fallen into extended periods of dormancy.

Now five months in, the sceptics have been vindicated, with even the most measured voicing their dissatisfaction with the effectiveness of this cross-nations forum on the Brexit negotiations.

Such is this internal state of affairs, Scotland, Wales and Northern Ireland may seek to pursue alternative avenues of influence more vigorously. Whilst the UK holds the reins of foreign policy power, each devolved nation is recognised and represented to some degree as a distinct actor on the European stage.

As such, one avenue would be the mobilisation of existing EU-level representatives and networks; these will be valuable as the devolved nations all look to secure their own European futures.

In the immediate wake of the EU Referendum, Scotland was first out of the starting blocks, with Nicola Sturgeon securing a meeting with European Commission President Jean-Claude Juncker in Brussels just days after the vote. Scotland’s presence in Brussels extends far beyond visits from the First Minister, and the same goes for Wales, and Northern Ireland.

Indeed, the European Parliament has already heard from representatives from Scotland and Gibraltar.  As the self-professed champion of citizens’ rights that is positioning itself to be an outspoken player throughout the course of the negotiations, the Parliament is not without significance.

Beyond this, Scotland, Wales and Northern Ireland have their own outposts in Brussels, from which Governmental and Parliamentary representatives have sought to influence policy, gather intelligence and build relationships. Although unlikely to hold much direct bearing over the course of the negotiations, these representatives are well-placed to continue their work highlighting the distinctive European policy preferences of their home nations, as well as preparing the ground for their nation’s own European future post-Brexit.

As a less blatant but no less potent consequence, the Brussels-based activity of Scottish, Welsh and Northern Irish representatives will feed into the background noise of the Article 50 negotiations:  a constant reminder to both sides of the negotiating table that all is not well at home.

As the UK negotiates its withdrawal from the EU, the cracks within its own ‘precious union’ may become difficult to hide, both at home and away.