Social care: contradictions during the pandemic 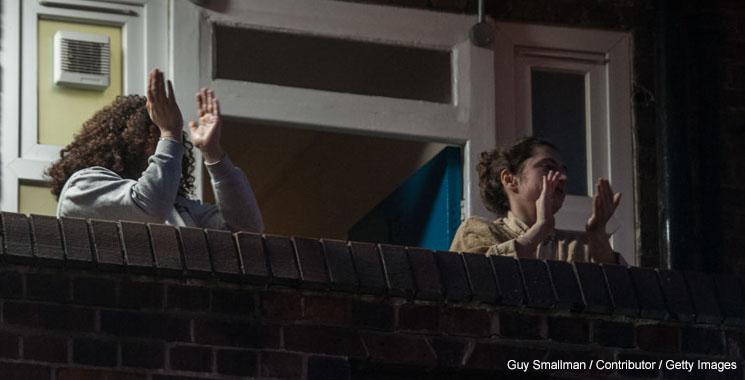 After weeks of focus on the NHS, the impact of Covid-19 on the social care sector is becoming increasingly apparent. There have been alarming reports about the scale of deaths in social care settings, alongside inadequate testing regimes and widescale PPE shortages for care workers.

The government’s action plan for the sector emphasizes gratitude for and pride in the vital contribution of social care workers. This is supposed to be symbolized by the rolling out of a new care badge, intended to ‘better celebrate and recognise the care sector’.

EU citizens, who comprise eight percent of the social care workforce nationally and as much as 14% in severely coronavirus-hit London, may well feel that such expressions of gratitude stand in stark contrast to the tone of the post-Brexit points-based immigration system, announced by the government a mere two months ago.

This signalled, loud and clear, that after January 2021, the services of care workers from the EU were no longer welcome in the UK.

The new system will replace freedom of movement rules and make EU and non-EU citizens subject to the same points-based criteria for work permits. An explicit aim is to end so called ‘low skilled’ immigration.

Unlike nursing, care work has not been designated a shortage occupation, and it also has rates of pay likely to fall well short of the threshold salary rates in the points system.

This makes it highly improbable that citizens from the EU (or beyond) would accrue sufficient points to meet the new criteria to become care workers in the UK.

Employers are warned that they will ‘need to adjust’ as the economy moves away from ‘a reliance on cheap labour from Europe’.

Low skilled and dispensable in February, they are transformed by April into essential, heroic personnel in the frontline fight against Covid-19, applauded by a grateful nation.

The experience of this contradiction for migrants in key worker occupations is powerfully depicted in the anti-racist poem and video ‘You Clap For Me Now’.

The immense value and contribution of migrant care workers must be recognised. But it is also quite inaccurate to cast the problems besetting the social care system as an overreliance on cheap labour from Europe, or even as a dilemma social care employers have merely created for themselves which is nothing to do government action or inaction.

In 2017, I became interested how Brexit might impact social care. I read statistical reports modelling the potentially dire consequences for the UK’s social care labour market should the supply of EU workers be severely curtailed as a result of Brexit.

What did social care employers themselves think about these numbers, I wondered? I designed a research project to examine this question, targeting social care providers in the urban conurbation around the town of Bournemouth on the south coast of England.

In this region, the demand for social care provision is higher than average, whilst the social care workforce also comprises relatively high numbers of EU citizens.

Through interviews and surveys, the study explored 22 residential and domiciliary care providing organisations. It examined how employers and managers saw Brexit impacting on their workforce.

We probed what concerns they could have if EU workers were subject to the same restrictions as non-EU workers (the outcome that came to pass, despite all of the political wrangling over alternative Brexits or non-Brexits in the interim).

Our study found no employer reliance on ‘cheap labour from Europe’. A minority of social care providers with a nursing arm to their service did hire qualified nurses directly from other EU countries, and so were concerned about future curtailment to this form of recruitment as a result of Brexit.

However, nurses constitute a higher paid and relatively small proportion of the overall workforce in social care.

By contrast, care workers, who make up the vast majority of employees providing direct, face to face care (and who are paid considerably less than nurses), were recruited from the locally resident population, which included some EU citizens already settled in the area.

Employers feared the potential of Brexit to heighten competition amongst care providers for an ever-narrowing pool of workers. The concern was not so much about losing EU care workers as about losing care workers – of any nationality.

Small social care organisations in particular knew that they could not compete with the NHS or other larger employers to gain or retain staff in an increasingly tight market for workers. Why should this be such a fear?

Problems with recruitment and retention have plagued the social care sector for many years. High turnover and vacancy rates are endemic. Skills for Care estimate a turnover rate of 30% and a vacancy rate of just below eight percent for the sector for 2018-19.

These patterns are most evident in the roles that are lower paid and less secure. Over a third of all care workers are employed on zero-hours contracts, at rates of pay which are amongst the lowest in the economy, and which have declined in recent years relative to other low paid professions.

With the UK’s ageing population, demand for social care in the UK is growing rapidly. Yet successive governments have ducked the urgent task of placing the social care system on a financial footing which is sustainable for the long term.

Most social care services are not funded publicly, so it falls to individuals and households to directly meet the high costs of services they need. The always highly residual public funding for social care has been further squeezed during recent years of austerity.

Local authorities have not increased the price they pay for care in line with its costs, and social care organisations are going out of business at alarming rates.

In the context of Covid-19, the contribution of migrant care workers ought to be recognised. But the long term devaluation of all social care workers must also end.

It is the government, not social care employers, that must rise to this challenge, by creating a funding infrastructure for the social care sector that is sustainable and fairly rewards care workers for the vital work they do.

By Dr Rosie Read, principal lecturer in Sociology and Social Anthropology in the Faculty of Health and Social Sciences at Bournemouth University.