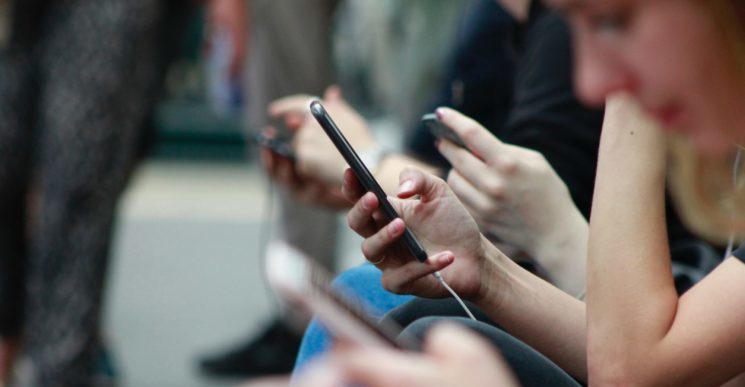 Controversies surrounding the political uses and abuses of social media have been developing for some time. In January 2017 the House of Commons Digital, Culture, Media and Sport Committee (DSMSC) launched an inquiry into fake news.

Their interim report of July 2018 identified that phenomenon as a ‘threat’ to democracy; their final report this year argued that ‘the very fabric of democracy’ is threatened by disinformation spread through platforms (and here they hone in on Facebook) whose monopolies remain ‘unwilling to be accountable to regulators around the world’.

During the period of the DSMSC’s inquiry, the Cambridge Analytica scandal had of course hit the headlines.

Evidence has emerged that Cambridge Analytica conducted work in support both of Donald Trump’s electoral hopes and the Leave.EU campaign.

Although Facebook vice president (and former deputy prime minister) Nick Clegg has claimed there is “absolutely no evidence” of Russian influence upon the Brexit referendum result (a claim contested by DCMSC chair Damian Collins), his boss Mark Zuckerberg has described Facebook’s constant struggle with Russian online operatives as an “arms race”.

The Atlantic Council think-tank’s Ben Nimmo has described evidence of Russian interference in that poll as “incontrovertible”.

Twitter has provided the U.S. Congress with evidence of such interference, while a study conducted by Marcos Bastos and Dan Mercea uncovered ‘a network of Twitterbots comprising 13,493 accounts that tweeted the United Kingdom European Union membership referendum’.

Given the Kremlin’s particular interest in Brexit, it may seem curious that – apart from two Distributed Denial of Service attacks on Labour Party servers – there (thus far) has been little talk in the British media of Russian interference in the 2019 British election campaign – a campaign centred around the UK’s relationship with the EU.

This is in part because evidence of such interference tends to emerge retrospectively; it is also perhaps because the media have instead focused on Downing Street’s delay of the publication of the Intelligence and Security Committee’s report into previous instances of such interference.

There have also been more pressing causes for concern about online activities.

Media attention has been grabbed (as it tends to be) by some of the candidates’ less edifying historical posts – including declarations that benefits claimants deserved ‘putting down’, participation in a Facebook group featuring anti-Semitic posts, and suggestions that the late Libyan dictator Colonel Gaddafi might have escaped the wrath of his people by hiding out in Bradford.

There has been general discomfort over a social media post featuring an embarrassingly doctored video of an already embarrassing interview with the shadow Brexit secretary.

Perhaps most significant, though, has been the furore around the Conservatives’ rebranding of one of their Twitter accounts as ‘factcheckUK’ during the first televised leaders’ debate, in an apparent attempt to imply that their party-political tweets represented objective and independent critique.

When foreign secretary Dominic Raab suggested in defence of this strategy that “no one gives a toss about the social media cut and thrust”, one may have been reminded of Rudy Giuliani’s dismissive response to concerns as to the diminishing status of objective fact: “truth isn’t truth”.

This autumn we have, however, witnessed significant shifts from some of Silicon Valley’s giants in their own responses to the rise of political disinformation.

At the end of October, Twitter announced that (as of 22 November) they would no longer publish political advertising.

On 21 November Google announced it would no longer target political advertising based on data relating to its users’ political inclinations.

Facebook, however, as Mark Zuckerberg told the U.S. House Financial Services Committee in October, has maintained its position that it will neither check political adverts for disinformation nor remove those found to contain fake news.

Britain’s political parties continue of course to see engagement with Facebook as central to their campaigns.

The relative success of Labour’s social media strategies at the 2017 election galvanized their interest in such platforms.

At the start of the 2019 campaign the Conservatives appeared to be narrowing the social media gap – perhaps helped by their leaders’ celebrity status and personal appeal.

A fortnight into the 2019 campaign, Boris Johnson has 771,000 followers on Facebook as against Jeremy Corbyn’s 1.54 million (or about 50 per cent of Corbyn’s support).

Two days into the 2019 campaign, the Labour Party’s Facebook event ‘Vote Labour for real change Thursday 12 December’ had 2,600 registered to participate, while the Conservatives’ ‘Back Boris on Dec 12th to get Brexit done’ had 3,500 registered.

But two weeks into the campaign Labour had taken a significant lead, on 7,500 to the Conservatives’ 3,600. (With less than their usual sense of optimism, the Liberal Democrats’ Facebook page that day said they did ‘not have any upcoming events’.)

If the fluctuations currently witnessed in this social media war prove broadly indicative of ebbs and surges in the parties’ electoral fortunes (as they did two years ago), then the British general election of 2019 – this Brexit election – may come to demonstrate that the cultural dominance of monopolistic online platforms (and the disruptive influences of hostile foreign powers) will have profound long-term impacts not only upon British politics and the future of European cooperation and integration, but also upon the fate of the western model of democracy itself.

By Professor Alec Charles, Dean of Arts at the University of Winchester.