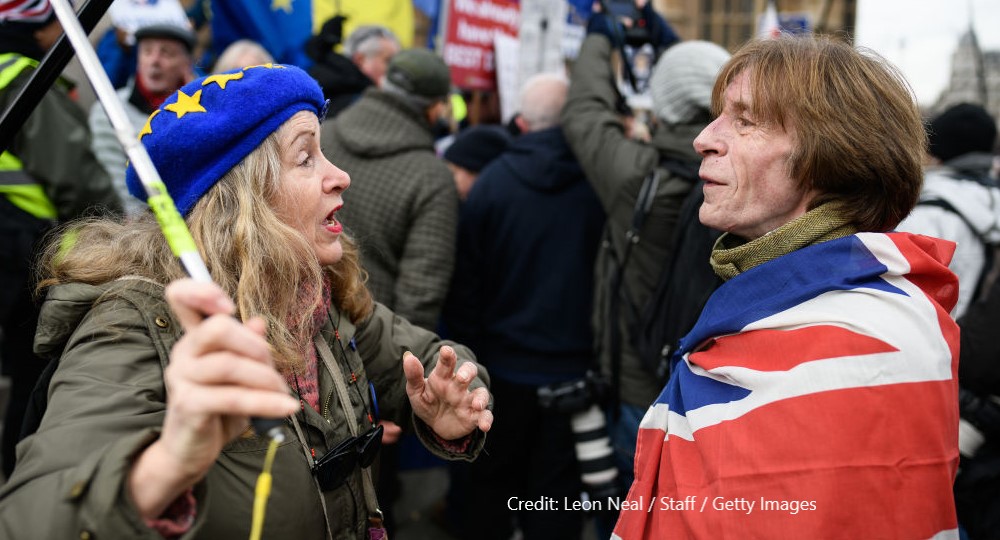 In June 2016 I was working on a paper looking at the changes in the way political and social values influenced voting behaviour and political fragmentation between 1992 and 2015. I’d presented the initial work at an academic conference of elections experts in late 2015 – to an audience of three.

No one was really interested in values, and instead the broad consensus was that competence, leadership and economics were the core drivers of voting.

The analysis showed that UKIP voters in 2015 were as economically left wing as Labour or Green Party voters but were much less liberal.

Demographically, the most potent predictor of UKIP voting was education levels: at the aggregate level the correlation between UKIP vote share in 2015 and the proportion of the electorate with a degree was -0.75.

Although those who voted UKIP in 2015 made up only a minority of the total Leave vote, it should not have come as a surprise that the same values that corelated with a UKIP vote at the general election also predicted a Leave vote a year later.

The correlation of social (cultural or non-economic) values with referendum vote has led to a ‘values turn’ in political commentary and political analysis.

These divides are not new – newly salient perhaps, to political journalists – but they have been well-documented and discussed broadly in political science, and particularly in European political science concerned with the difficulties faced by parties of the centre left.

It should also not have been surprising that differences in social values caused problems for Labour, whose coalition of voters had long been a precarious mix of the ‘working class’ (more likely to be economically left-leaning) and those who define themselves as much by their liberal social values as their socialism.

Electing Jeremy Corbyn in 2015 did nothing to help the party overcome the divisions in its coalition.

For those voters who were already beginning to turn away from a party they considered out of touch with their values and identities it simply confirmed their suspicions that Labour did not understand what was important to them.

At the same time it undoubtedly enthused a substantial group of activists and voters who wanted Labour to adopt a more radical stance on cultural and economic issues, and together these two processes highlighted the fissures in the Labour coalition.

The referendum itself gave these different groups of voters a new way of thinking about themselves and new reasons to vote for different political parties.

Over the previous 20 years most Western democracies had seen a weakening of the attachment of voters to political parties, and a related rise in the volatility of the electorate.

Data from the period since show that ‘Brexit’ identities became held by more people, and more strongly, than party identities. That both parties were divided on this issue meant voters could not use party identity as a quick way to make up their mind on an issue.

The ‘cross-cutting’ party support for Leave meant that some groups of voters found themselves out of step with the parties they had voted for in 2015.

These ‘cross-pressured’ voters also often had distinct sets of values, as the key division between Conservative and Labour voters was the traditional economic left-right, and the ‘Brexit’ divide was most marked by social values.

Using data from the British Election Study internet panel we can illustrate these cross pressures in a political space defined by these two sets of values, the economic and the social.

Two points are particularly important to note from Figure 1.

First, the ‘values’ divide between those that went on to vote Leave and Remain in 2016 was evident in 2015: the referendum made it salient, but it did not create it.

Second, as the Conservatives have drawn both erstwhile UKIP voters and some Labour Leave voters into their coalition, the average Conservative-Leave voter has become more economically left-wing.

This is what lies behind the Government’s ‘levelling up’ agenda, as it offers a way to ease the cross-pressures felt by these left-leaning voters who turned to a party they were more in tune with on social issues.

At the same time, the average Conservative-Leave voter has become a little more socially conservative, but critically the ‘gap’ between the Labour Leave and Labour Remain voters on this set of values has become even larger over the last five years.

Meanwhile the Conservative Remain voter in 2019 was as socially conservative as the average Labour Leave voter, reflecting the success of the Liberal Democrats in winning the more social liberal Conservative voters in 2019.

The 2019 general election produced a dramatic outcome that seemed to have redrawn the political boundaries driven by how people voted in the 2016 referendum. But this is far from the whole story, and it is only by putting into a wider context that we can think about what might happen next.

The changes had been happening, perhaps more gradually at first, since at least 2010. But despite these changes, Labour and Conservative voters continue to be divided by their economic preferences as well as their social values; and voters that moved between the parties continue to face cross-pressures in their preferences.

While the Labour voters that moved to the Conservatives may be somewhat less liberal than those who stayed with the party, they are noticeably more left-wing than the existing Conservative base.

Should we emerge from the pandemic into a world where the issue agenda is driven by public spending and taxation, or the Government’s ‘levelling-up’ promises disappoint, then this mismatch between the new Conservative voters and the party on economics may lead voters to think again.

However, if those pushing the ‘culture wars’ are successful in keeping these as the most salient issues, the Conservative coalition looks much more coherent – we should perhaps expect a summer of ministers getting involved in the politics of sport, student common room decor and standing guard over statues.