From Brexit to EU-UK strategic partnership 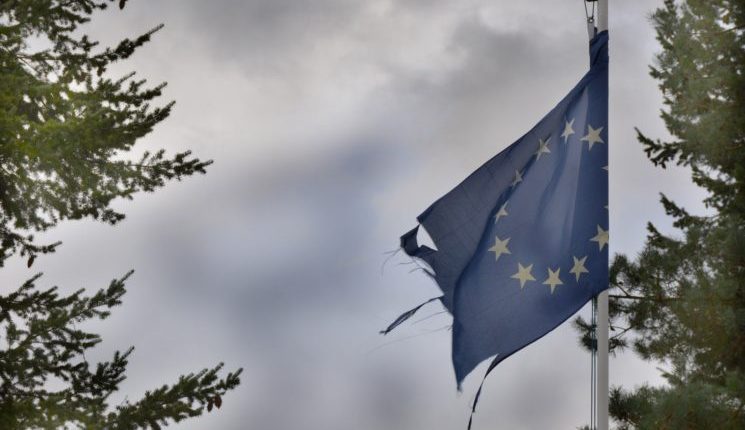 The EU is in uncharted waters when it comes to negotiating the UK’s exit from the Union. Creative and flexible thinking will be required from all parties if an orderly departure is to be managed. The alternative is a fractious, mutually damaging and disorderly Brexit. This commentary argues for a short-term, time-limited agreement to stabilise the EU-UK relationship and to allow breathing space to develop the terms of a long-term strategic partnership.

At present much attention has been given to the modalities and timetable for invoking Article 50 of the Treaty on European Union. There is no certainty as to when the UK government will invoke the article; nor is there an accompanying ‘user guide’ on how to realise an orderly disentangling of a member state from the EU.

The UK’s current political turmoil hampers the chances for an orderly exit. What the country needs, but what seems to be currently impossible, is to rapidly establish cross-political party agreement on what form of future relationship it wants to have with the EU. The post-Referendum leadership hiatus in the UK has worked against this imperative, and the ‘dis-United Kingdom’ further complicates and threatens a consensus. The Scottish National Party, Gibraltese, and Northern Ireland politicians have all made clear their desire to preserve a place for their territories within the EU. As things stand now, a serious cross-party debate on the UK’s desired relationship with the EU will not start until, after the leadership of the Labour Party has been (re)confirmed and can debate with the UK’s new Prime Minister Theresa May.

A soft rather than a hard Brexit

A swift move to full and final status of relations between the UK and the EU would be in neither sides’ interests. A ‘hard Brexit’, an immediate departure from the EU, which has been urged by members of the Leave campaign, including Conservative Party leadership contender Andrea Leadsom, would create maximum dislocation and uncertainty. This would be viewed by the UK’s non-English nations as a unilateral act by the Conservative Party and Westminster politicians against the interests of the constituent nations (and London). The consequence for the UK would be possible independence for Scotland and political turmoil on the island of Ireland caused by the prospect of Northern Ireland being outside the single market and the possible reintroduction of controls for entry to and from the Irish Republic for people and commerce. Conversely, other EU member states may see a hard Brexit as beneficial if it acts as a warning to other member states. For the EU-UK relationship, a hard Brexit would lead to a prolonged post-fact untangling of a relationship inevitably and rapidly descending into animosity.

All interests would be better served by a ‘soft Brexit’. This requires a multi-stage process of departure, with the final status of the future relationship being deferred. It would allow time for both the UK and the EU to determine what kind of long-term relationship would serve the interests of both sides.

A soft Brexit requires a clear signal from the remaining 27 heads of state or government that they are willing for the UK to remain inside all existing EU policies and financial arrangements until 2020. This would be on the basis of the UK committing to an observer status in decision-making and legislative processes, and that negotiations for the ‘final status’ of EU-UK relations would start immediately. The EU would require rapid agreement on issues such as contributions to the EU budget, prior to its own negotiations for the next multi-annual financial framework.

In return for maintaining financial contributions, the UK, alongside the other 27 member states (to avoid any special treatment for the UK), would be entitled to invoke an emergency brake on EU labour migration. Such an interim agreement would be for a fixed term, non-renewable, and create a realistic timescale for the negotiation and ratification of a future permanent EU-UK agreement. This interim status for the UK could be rescinded early by joint agreement with the EU and replaced with either a ‘final status’ EU-UK agreement or a trading relationship under the World Trade Organization (WTO) framework.

Such an interim agreement would introduce the certainty that is currently lacking for trade and investment. It would also demonstrate that a Brexit is now an established fact with the necessary personal, political and psychological adjustments taking place on all sides. In the UK, the debate could then move on from the current Remain versus Leave post-mortem. Although a soft Brexit would allow for a less precipitous decision-making process, the two-year timescale outlined in Article 50 would nonetheless create a strong incentive for the UK to engage rapidly and constructively in negotiations with the EU on a final status agreement, as any extension beyond that period would require unanimous agreement by the EU27.

Towards a EU-UK strategic partnership

In the long term the EU and the UK need to establish a broad-ranging ‘final status’ strategic partnership agreement which reflects their economic, security and political interdependence. None of the existing relationships that the EU has with a third country or a group of states – such as the EEA or CETA models – encompass the embedded nature of the relationship between the politics and societies of the EU and the UK that has developed since 1973. It would represent a new style of relationship made by the EU, and might also provide a future model for relations with states such as Turkey and Russia.

The key components of the EU-UK partnership would cover security, markets and people. Security would be the most straightforward aspect of negotiations. It would ensure that the UK’s diplomatic and military capabilities are broadly aligned with EU external action and allow for synchronised action.

The economic aspect of the relationship would see the EU and the UK with mutually shared market access, avoiding the emergence of non-tariff barriers to trade in goods and services. The UK would need to accept full compliance with single market legislation for all goods and services that it would import and export into the single market. It would therefore be a ‘rule taker’ rather than a ‘rule maker’. The external trade policies of both sides would remain separate, but not entirely separable.

The people aspect of the partnership would reflect the shared borders, and cultural and societal ties that exist between EU member states and the UK. A soft Brexit would allow for an extended debate, under the timetable set out under Article 50, on rules governing the movement of people for the purposes of work, leisure and personal relationships. These different aspects of the movement of people between the UK and the EU might be covered by a set of agreements offering reciprocal rights covering stays for the purposes of tourism, education, employment, and retirement. Departure from the principle of free movement between the UK and the EU would be the exception rather than the rule.

Under a soft Brexit, not all components of the future relationship would need to be agreed at once. A commitment to a broad negotiating framework is all that would be needed initially. The alternative is a prolonged period of uncertainty and extended estrangement, which would neither serve the interests of the EU nor the UK.