Sovereignty and Brexit: control of what exactly? 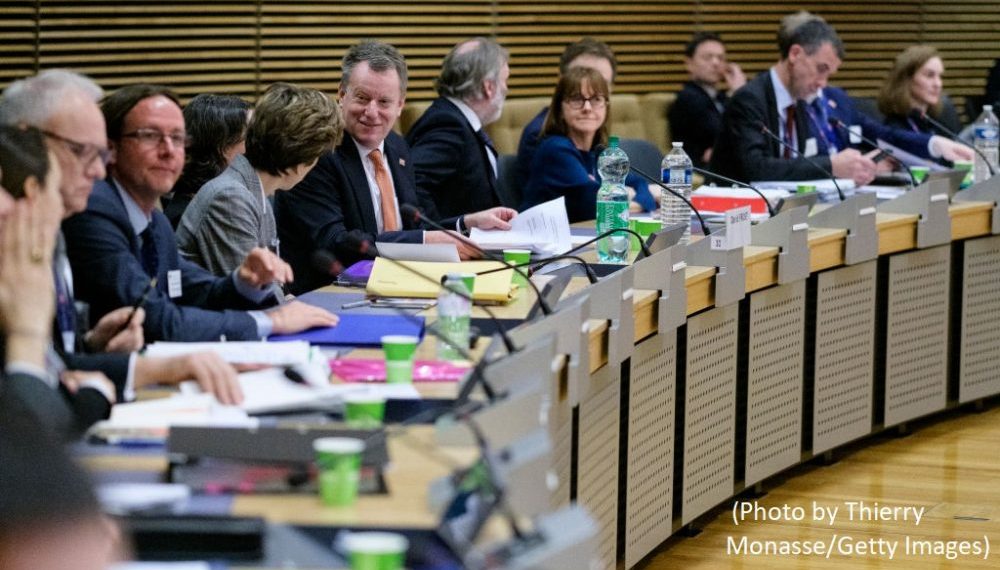 As we enter the last weeks of negotiation between Britain and the EU, things are not looking good. All the possible outcomes look both painful and expensive for the UK. How did we get here? At the root of the problem is the British government’s definition of sovereignty.

It is a definition closer to that used by North Korea than to that of any other free-trading western nation, focussed above all on absolute physical control of borders, laws and money, rather than effective control of the things that will protect Britain’s interests.

It is this definition that will make Britain’s separation from the EU so painful and expensive, and effectively reduce Britain’s sovereignty not increase it.

This misunderstanding of sovereignty has impacted directly on the negotiations, and explains why the government has consistently sidelined Britain’s economic interests (except fishing) in the interests of what they declare to be Britain’s ‘sovereignty’, rather than the national interest.

It was the greatest weakness of the Remain campaign that they failed to challenge Leave’s definition of sovereignty and explain that the reality of Brexit meant throwing control away, not taking it back.

This goes for services and data as much as for goods: ‘sovereignty’ in this context means having influence not only of regulation in your domestic market but in the markets you sell to and buy from.

In the 1960s, Britain vividly experienced the drawback of having no control over the European market and too small a domestic market to provide a secure base for its manufacturers.

EFTA did not provide what was needed, so only membership of the EEC would enable Britain to defend its national economic interests effectively.

It was less a case of giving sovereignty away than, by sharing it, extending our sovereignty to mainland Europe.

It is a thinner sovereignty, less absolute than the North Korean variety, but more effective in protecting British interests because it provided far greater influence over the shape of regulation in our main market, as well as on the position of Europe in international affairs – issues that matter more and more in an increasingly unstable world. It provided a de facto veto on both.

That is, you won’t always get your own way, but you can prevent your neighbours going the wrong way.

Ultimately, real sovereignty means having a seat at the table, a voice in the debate and a vote on the outcome.

Brexit threw all that away: we are left with a paper sovereignty that sounds good but has no effect.

We become a rule taker from countries and Unions bigger than us, rather than a rule maker. As Sir John Major recently underlined, in global terms, Britain is not really that big.

But this exposes that their understanding of British national interest is in reality confined to their party political interest.

First, the British economy needs immigration if it is to grow: if people don’t come from Europe, they will come from elsewhere.

Second, European laws will still affect all our exports to Europe, but we no longer have any influence over them. Third, the money we save is far less than the additional costs of separation.

And fourth, the fact that Scotland and Northern Ireland both needed membership of the EU to make the United Kingdom work for them was excluded from this interpretation of national interest.

The Brexiteers’ definition of sovereignty will come back to bite them when – as we have already seen – they argue that Scotland’s interests dictate that it should stay in the British Union.

The party political interest of the SNP dictates otherwise and therefore – using the Brexiteers own argument – they will declare that Scottish sovereignty demands separation from an English nation that gives them no say in fundamental decisions affecting their future. The Brexiteers risk being hung with their own sovereign petard.

The impact on negotiations

This definition of sovereignty – most clearly expressed in David Frost’s lecture in Brussels last February – has also critically skewed the negotiations, making a deal to protect British interests all the harder.

In defence of this paper sovereignty, the UK set its red lines in a place that breached the two fundamental issues on which the EU would not, and could not, budge – the integrity of the single market and the preservation of the Good Friday Agreement.

The Brexiteers did this on the grounds that British ‘sovereignty‘ demanded it. In reality, sovereignty does no such thing. This is pure politics.

Setting a hard 31 December deadline made the task all the harder. Besides the Prime Minister’s nature, to take no decisions until they become unavoidable, both he and Conservative MPs held unfailingly to a belief that the EU only makes concessions and cuts deals at the very last minute, so it is essential to hang tough on all key issues until the end.

These two approaches misunderstood both the EU’s purpose and its methods. It may be what happens at European Councils, but not in external negotiations.

The EU is a cumbersome beast, and though on trade the Commission has sole competence, and therefore some freedom to negotiate, it still needs to be able sell the outcome to member states, many of whom have serious political interests at stake.

Any trade deal is therefore built up through painstaking agreements on the components of a balanced overall package which can be sold to both the member states and the European Parliament on the EU side and domestic constituents in the UK. This is a process of building consensus, not a fight to the death.

In that process, the Internal Market Bill has been a spectacular own goal. To renege on the Withdrawal Agreement and propose to break international law undermined the one thing that might have softened the EU negotiating position – trust.

The EU exists as a community of law, something the UK used to defend vigorously, so to play fast and loose with it on departure is taken as a sign of bad faith and makes getting concessions all the more difficult.

Ultimately, the mantra of ‘taking back control over our borders, our trade and our money’ is therefore not only wrong, but leading the UK into a blind alley of its own making.

It will be no surprise if some members of the Union decide to cut and run back to the main road. Sooner or later, England will have to follow, dragging its precious sovereignty behind it.

By Nicholas Westcott former Britain’s senior diplomat in the European External Action Service in Brussels, Centre for International Studies and Diplomacy at SOAS University of London and Director of the Royal African Society.