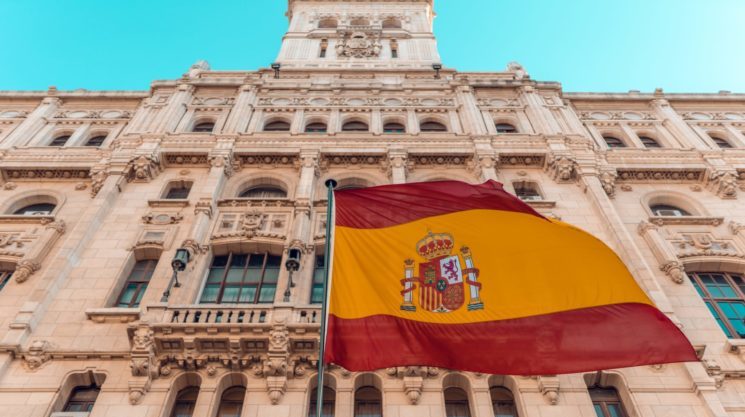 The swearing in of Pedro Sánchez as Spain’s prime minister completed an unlikely political comeback.

In 2016, his party – the Spanish Socialist Workers’ Party (PSOE) – toppled him to prevent what the late Alfredo Pérez Rubalcaba (his predecessor as leader) had dismissively dubbed the ‘Frankenstein government’.

Sánchez wanted to lead a rainbow coalition comprising not just the then rampant radical left of Podemos, but also a hotchpotch of Catalan independentists, small regional parties, and two Basque groups (the ethno-nationalist PNV and Bildu, who have associations with the terrorist organisation ETA).

Paradoxically, the party’s loss of Andalusia in 2018 saw the demise of Sánchez’s internal opposition, hitherto led from their southern stronghold by Susana Díaz.

This paved his way to power, and in 2020, a diminished Podemos had little choice but to embrace this entente: their parliamentary group has more than halved in size since 2015.

The direction of a government borne of such contradiction remains unpredictable.

Sánchez seems guided by a determination to stay in power, rather than a recognisable set of ideological coordinates.

He triggered a repeat of the April election because he ‘would not be able to sleep at night’ with Podemos’s Pablo Iglesias in his cabinet.

Barely 24 hours after the polls closed, a public hug between Sánchez and Iglesias sealed a pre-agreed coalition memorandum.

Sánchez’s rivals, internal and external, can no longer underestimate his cunning traits.

Podemos secured a vice-presidency for Iglesias, as well as three senior ministerial positions.

In the slim governmental structure that Sánchez inherited from Rajoy (ten ministries and one American-style vice-presidency) this seemed like an emphatic triumph – until Sánchez appointed a record-breaking 21 other ministers.

These included an unprecedented four vice-presidents, diluting the weight of the radical left in his cabinet.

Nadia Calviño, the most powerful of the four, will lead Spain’s economy. As the EU’s budget chief, Calviño had enforced the Troika’s policies during the worst years of the sovereign debt crises.

How she works alongside Iglesias, whose party emerged from anti-austerity protests, will be worth watching.

The new Minister of Foreign Affairs, Arancha González Laya, is an orthodox, highly experienced multilateralist. She has spent seven years at the very top of the UN and the WTO. Her appointment, like Calviño’s, will alleviate any disquiet in Brussels.

The UK’s Brexit negotiators will face EU diplomats including González Laya’s predecessor, Josep Borrell, who is the new High Representative of the EU.

As an impassioned Catalan unionist from the PSOE’s old guard, Borrell could play a key role in compensating for Sánchez’s internal weakness, to Britain’s potential detriment.

Given the opportunity, Borrell will comfortably make up for Sánchez’s reliance on Catalan separatism by adopting a ‘patriotic’ stance on Gibraltar, fishing, and even workers’ rights and trading standards.

In this crucial year for Brexit, all relevant ministries will be in the hands of the PSOE. Sánchez’s government will be more closely aligned with France’s uncompromising stand on the unity of the single market than with Germany’s pragmatic approach to reaching a face-saving deal.

The surprise appointment of Teresa Ribera as the fourth vice-president (for Ecological Transition) signals a drive to scrutinise environmental standards that could well affect the UK.

Meanwhile, Madrid will seek to lure financial trade leaving London, and will keep a hopeful eye on Britain’s car manufacturing, should the final deal end frictionless trade between the UK and the EU.

How long will this government last? The biggest challenge to the short-term viability of the ‘Frankenstein experiment’ is its reliance on Basque nationalists and Catalan separatists.

The former have little left to gain from yet another weak Spanish government in desperate need of their votes. The wealthy Basque region already enjoys unrivalled fiscal privileges, and benefits from undisturbed self-government.

However, Catalonia will define this government’s longevity. In securing the passive support of the independentist Catalonia’s Republican Left (ERC), Sánchez walks a tightrope.

With major parts of ERC’s programme defying both the Constitution and the rule of law, Spain’s independent judiciary has become an obstacle.

This law, subsequently overturned by the Constitutional Tribunal and heavily criticised by the ECHR, effectively stripped the unionist opposition of their legal rights, whilst giving the Catalan executive powers to deny citizenship on ideological grounds.

Sánchez relies on separatists who are exercising power in Catalonia with increasingly authoritarian disdain for the rights of non-nationalist citizens.

In asking Sánchez to erode the independence of the judicial power by ‘removing legal aspects from the political debate’, Catalan separatists seek exemption from the rule of law in the way that Basques are exempt from contributing to the national coffers.

This type of ‘asymmetrical federalism’ is deeply unpopular in most Spanish regions. Moreover, the beleaguered ‘unionist’ communities in Catalonia live in fear of being abandoned by the Spanish state to a hostile nationalist administration.

Logic dictates that the experiment will be short-lived. However, what brings this unstable partnership together is also persuasive: sharing power and the prospect of losing it to a government backed, or even led, by the new national right of VOX.

In failing to produce convincing answers to the above questions, the new government leaves an open goal for VOX to produce intuitively progressive solutions: putting an end to the uneven distribution of tax burdens between regions; maintaining an independent judiciary, with judges chosen by their peers and not by political parties; fighting the culture war against the ethno-nationalist establishment of the wealthier regions; eliminating privilege based on identity; and regaining powers for a faltering Spanish state after forty years of radical decentralisation and further loss of sovereignty in favour of the EU.

VOX’s recent showing in their southern strongholds of Murcia and Almería demonstrates something that should worry the PSOE: just like the Conservatives conquered some of Labour’s post-industrial heartlands, or Trump won in the American ‘rust belt’, the new right is winning the soul of Spain’s working classes.

There are no signs of this spectacular progression slowing down. In 2019, VOX went from zero MPs in the national chamber to 24 in April and 52 in November, with many of their gains coming from the most deprived areas of Spain.

The collapse of the Frankenstein coalition and the hypothetical arrival of Santiago Abascal’s party would be a game-changer for the EU: the most enthusiastic of pro-European nations would then have a distinctly eurosceptic government, from the same political family as Boris Johnson’s Conservatives, and with major coincidences in global outlook with the American, Polish or Hungarian administrations.

To avoid just that, Sánchez will endeavour to keep his creature alive.