Spain, the UK, and the 2019 European Elections 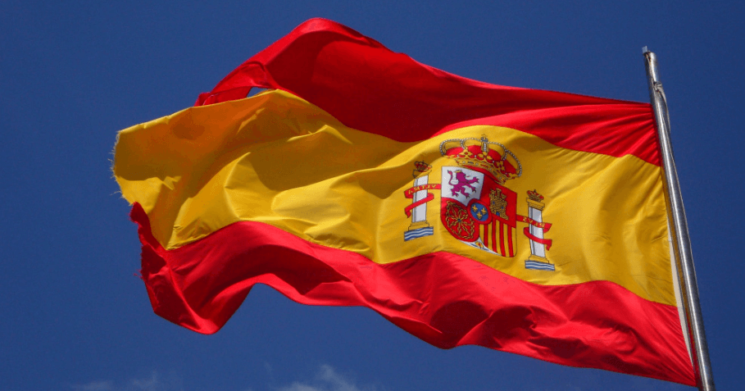 The European Parliament emerging from the May 2019 elections will oversee a repositioning of two of the nations that define European history: Spain and the UK. Polls predict the UK will contribute a sizeable batch of MEPs to the growing anti-EU groups to the right of the European Conservatives and Reformists.

Spain, on the other hand, is set to buck the downward trend of the pro-EU centre-left across Europe by increasing the presence of the ruling Spanish Socialist Workers’ Party (PSOE) within the Socialists and Democrats (S&D) alliance. The polarised British electorate will also produce a scattered number of pro-European enthusiasts for the S&D (Labour), Green and ALDE (LibDem) alliances.

The Brexit process affords Spain an opportunity to increase its share of soft power. Madrid is not just Europe’s traditional policy-maker on Latin America but also the third biggest player within the new EU27, especially in view of Italy’s erratic politics.

The outcome of these elections will reflect a stronger Spanish voice in at least one of the ‘big two’ of the ‘great coalition’ – namely the S&D group. The choice of a European heavyweight like Josep Borrell to lead the PSOE’s ballot clearly underlines this intent.

Spain will elect a good number of Ciudadanos MEPs too. These will form the core contingent of Macron and Verhofstadt’s ALDE group, which will be a necessary member of any workable coalition after 26 May.

However, to fully understand the dynamics of this Anglo-Spanish repositioning, we need to look beyond these headlines.

The main novelty from Spain’s perspective will be the election of a number of MEPs from the right-wing VOX party. These will add a new dimension to Spain’s traditional enthusiasm for the ‘ever closer union’ motto. For the first time ever, some Spanish voices in Brussels may strike a distinctly eurosceptic tone.

However, if any British europhobes think that this may herald a more sympathetic approach to the Brexit conundrum, they are bound for disappointment. What defines VOX’s European policy is an immediate focus on strengthening Spain’s identity in the international sphere.

They will denounce the mainstream parties’ tendency to align Spain with the French and German core – a strategy that has often looked like subordination. Whilst one could interpret this as an intuitive boost for the Brexiteers, reality will soon bite: VOX will make the UK’s withdrawal from the European Union even more painful than it already is.

In fact, VOX had already done that. The run-up to the withdrawal agreement was marked, from a European perspective, by some serious friction around the sensitive issue of Gibraltar. The Spanish Prime Minister, Pedro Sánchez, was the last of the EU27 to lend his support to Barnier’s document. VOX was indirectly responsible for a hardening of Spain’s position on this matter.

Advised precisely by Borrell, Sánchez even threatened a unilateral veto that would have derailed the entire document before it reached Westminster. Spain needed more clarity on its implications for a future sovereignty dispute over the British colony.

VOX General Secretary Javier Ortega-Smith, a former green beret, once famously swam from a Spanish beach into Gibraltar, climbed the rock and displayed a gigantic Spanish flag before escaping from local law-enforcement and swimming back to safety.

The humorous anecdote may seem innocuous. Yet in the context of the national vogue that VOX enjoys after the Catalan crisis of 2017, mainstream parties have swiftly adopted some of the hard right’s symbolic stances. The mechanics of this shift resemble how David Cameron integrated UKIP’s demand of an EU referendum in the Conservative manifesto of 2015.

How significant could this be? After all, Spanish business giants like Santander, Ferrovial and Telefonica have huge investments in the UK and actively lobby for ‘frictionless trade’ and an orderly exit. However, VOX’s eruption introduced a black swan: Spain’s focus is no longer just on economic self-interest.

VOX brought emotion and identity politics to the equation, and this forced the other parties to rethink their strategies. The PSOE’s loss of their Andalusian stronghold of four decades, delivered by VOX themselves, came to reinforce this.

To make matters worse from a British perspective, Nigel Farage’s support of Catalan independence in 2017 eradicated any Spanish sympathy for Brexit. Moreover, the perception that British institutions sometimes have a condescending view of Spain’s democracy has contributed to antagonising a much wider section of Spain’s public opinion.

Historicism plays an often-overlooked role in the success of these narratives. Before the EU referendum, Leave campaigners promoted a simplistic view of World War II, presenting Britain as Europe’s saviour from German expansionism. The mantra ‘they need us more than we need them’ emanated naturally from it.

In VOX’s historical imagery, Britain plays the role of a treacherous imperial rival. For many, Brexit represents the UK succumbing to post-imperial nostalgia. In Spain’s case, the traumatic losses of 1898 and the nation’s struggles in the first half of the twentieth century were an effective vaccination against any delusions of grandeur.

However, when VOX rally their supporters by the statue of Blas de Lezo, they are paying tribute to the Basque admiral who delivered a successful defence of Cartagena de Indias from British attacks in 1741. When their General Secretary pulled off the Gibraltar stunt, they forced all other parties to take a stance on this uncomfortable issue.

After the European Elections of May 2019, the presence of both Brexit Party and VOX MEPs in the Brussels chamber is set to increase rhetorical and diplomatic tensions between both countries. Unquestionably, the UK’s best chance of departing the EU with an amicable handshake from Spain has already passed.

Those were the times when the arch-pragmatic former PM Mariano Rajoy reached a quick bilateral agreement with Theresa May after a friendly stroll in the gardens of his Madrid residence. After these elections, Spain is set to evolve from one of the UK’s closest allies in the EU27 to yet another difficult customer for Brexit negotiators.