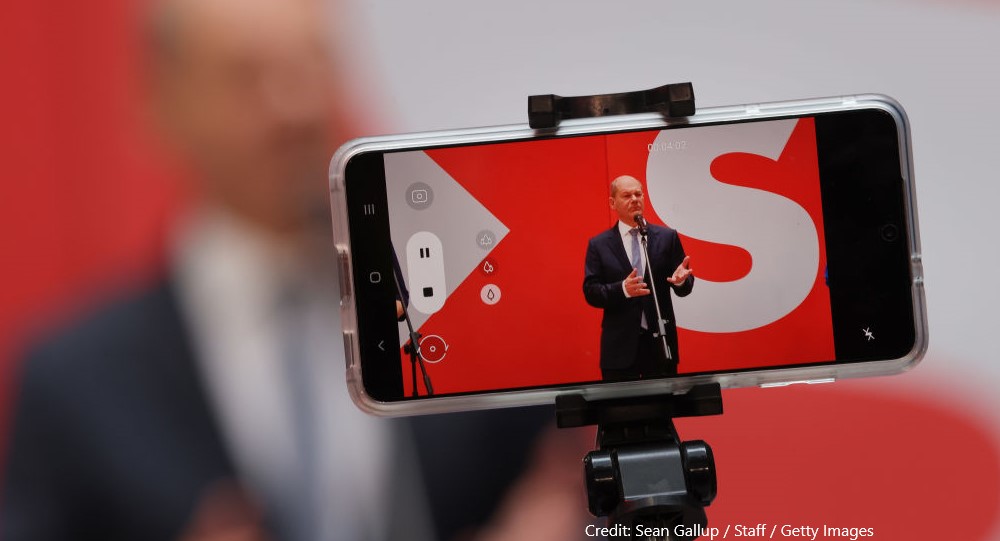 The results of Sunday’s federal election in Germany were inconclusive. The electoral arithmetic means that for the first time a three-party governing coalition at the national level is the most likely outcome. The centre-left SPD, led by Olaf Scholz, are hoping to form a so-called Ampel (traffic light) government with the Greens and Free Democrats, arguing that the increase all three saw in their vote-share is a clear mandate for change.

Negotiations are likely to be protracted, however: in 2017 it took almost six months before the two-party coalition was announced.

So far, so complicated; here are some things we do know.

German politics has fragmented over the last 20 years. The long-standing dominance of the two main blocs – the CDU/CSU and SPD – has broken down: in 1998 they took 76% of votes between them compared to not quite 50% this year.

Meanwhile, in 2017, the extreme right Alternativ für Deutschland (AfD) broke through, particularly in the eastern states, becoming the official opposition in the Bundestag.

This time, the AfD’s vote share fell, as did that of Die Linke, on the far left. There were big boosts for The Greens and the centre-right Free Democrats (FDP) meaning mainstream parties took more than 75% of votes and seats overall.

Whatever the difficulties of coalition negotiations to come – ‘Dutchification’ is the new buzzword to describe German post-election politics – as historian Helene von Bismarck tweeted on election night, ‘the centre holds’.

Germany is at a crossroads politically and generationally. The incoming government will have to address a raft of domestic challenges, including Germany’s response to the climate crisis, the parlous state of its pension system, the desperate need for investment in physical and digital infrastructure, and the small matter of post-pandemic recovery.

The complexities of coalition politics mean the next government is likely to have to tackle these from the centre, so incremental, pragmatic change is more likely than big, bold reforms.

This may be infuriating for some – not least the large number of younger voters who backed The Greens and FDP to escape the stasis of the last few years (by contrast, the SPD and CDU/CSU were more popular with older voters).

However, it reflects the reality that while many voted for change, there is as yet no consensus around what that should look like.

In 2017, Lindner, leader of the FDP, having been poised to take his party into coalition with the CDU/CSU and Greens, pulled out declaring ‘it’s better not to govern than to govern wrongly’. He was criticised at the time for having over-played his hand and enabling the third and final Merkel-led coalition.

Sunday’s election saw the FDP secure fourth place, with 11.5% of the vote and 92 seats in the new Bundestag.

Once again, Lindner has the potential to be king-maker alongside the Greens. There will be considerable pressure on him to deliver this time – people will likely question the point of the FDP if it does not take this opportunity to enter government.

Lindner has made no secret of his preference of working with the CDU/CSU, and significant ideological and policy differences exist with the Greens and the SPD- not least over economic governance and how to pay for the green transition.

But Lindner’s suggestion that FDP and Greens discuss how they might work together suggests serious intent. Although a majority of his members may also prefer a coalition with the CDU/CSU, they will likely want to be back in government even more.

The SPD’s Olaf Scholz, who would lead such a coalition, will certainly be hoping this will help persuade Lindner and his party to make the leap.

It is rare for a political leader to be able to leave at the time and manner of their choosing. While Merkel has been able to do this, Armin Laschet would probably have preferred her to have done so much sooner, thereby giving him a better chance.

But the reality is that Laschet also fought a poor campaign, with the CDU/CSU frequently polling more than its candidate. (By contrast, Olaf Scholz, the SPD leader, seems to have significantly lifted his party’s prospects.)

It was always going to be the toughest of acts to follow Merkel. Ironically, it seems many voters saw in Scholz precisely the kind of stability and reliability she provided.

Laschet was also not universally popular within his own political grouping – just ask Markus Söder, leader of the CSU, who was never shy about stating how different things could have been if he had been their candidate, and has openly criticised Laschet’s attempts to claim a mandate to form the next government.

The CDU/CSU now likely faces a spell in opposition. With soul-searching over the dismal election campaign having begun (the CDU lost 88 constituencies including the Chancellor’s own, while the SPD gained 62), a major fight over its future seems inevitable.

Much of Merkel’s success was built on capturing the centre, to the annoyance of many on the right who blamed this for the AfD’s success. They will be determined to seize the opportunity to return to more traditional CDU/CSU positions and so recapture votes lost on the right.

It remains to be seen how bitter this will become; Olaf Scholz and the SPD will be hoping for it to be as long drawn-out drawn as possible.

A politically distracted Germany is not good for the EU – especially as it faces major challenges over the post-pandemic recovery, the climate crisis, the likelihood of an autumn rule-of-law confrontation with Hungary and Poland, and the ongoing difficulties in the post-Brexit EU-UK relationship.

The EU needs an engaged Germany able to bring ideas to the table and demonstrate leadership, particularly with President Macron facing a very difficult re-election campaign in France in 2022. The quicker Germany’s government negotiations can be concluded, the better.

When asked what she would do on leaving office, Angela Merkel responded that she would go to her home in the country, make potato soup and read.

This will have to wait: protracted coalition talks mean she could still be in office at Christmas when she would overtake her predecessor and mentor, Helmut Kohl, as the longest-serving post-war German chancellor.

With a recent ECFR survey reporting that 52% of Germans are pessimistic about the future and feel their country is in decline, Merkel will likely be very happy not to break that record, and instead hand over as soon as possible.