Stagflation: the return of an unwelcome monster 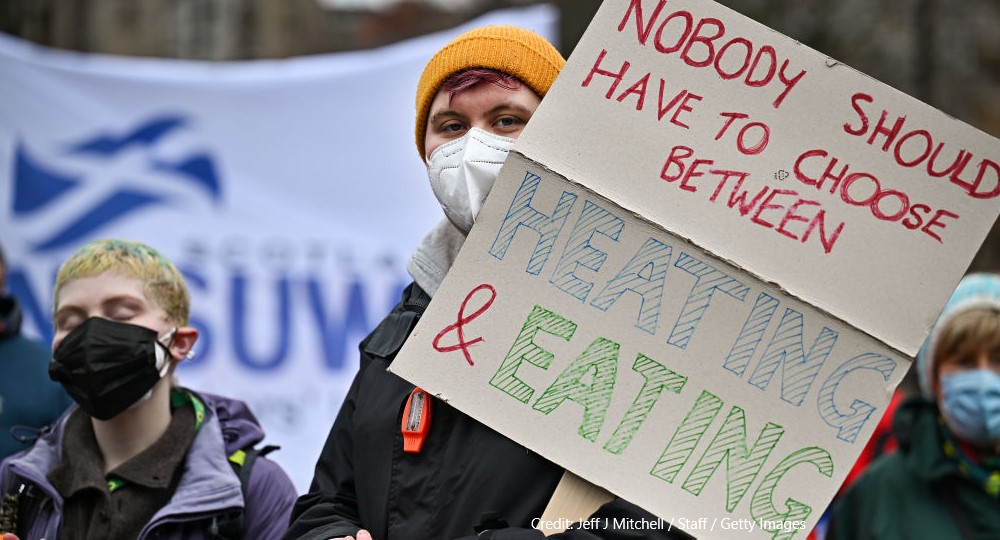 Despite the strong economic recoveries experienced by most European countries following the recessions induced by lockdowns and other measures to counter Covid-19, there is a new spectre haunting them: the return of stagflation.

The expression, originally coined in the mid-1960s in the United Kingdom during a bout of economic malaise, refers to the conjunction of high inflation and persistently low economic growth.

The period most associated with the phenomenon started with the 1974-5 surge in oil prices (with echoes of gas today) and lasted into the 1980s. Since then, inflation in most advanced countries has generally been low, but economic growth has had its ups and downs as a result of a succession of ‘crises’: until the pandemic, the most acute had been the global financial crisis.

However, even without the additional impact of the war in Ukraine, economic prospects have become less favourable over recent quarters. Newly published projections from the OECD and others now paint a more pessimistic picture for the second half of 2022 and for 2023.

Inflation rates rose as the pandemic receded, partly because prices had fallen during the various lockdowns. Yet, once lockdown measures were eased, a reversion to previous price levels led many central banks to assert that the observed inflation was transitory and would fade relatively quickly.

This initial optimism has now given way to concern that price increases are becoming entrenched. As real incomes are squeezed, workers will push for higher wages to compensate for the loss of spending power resulting from the cost-of-living crisis. There is now a real risk of a cycle of wage and price increases, detracting from economic stability.

There are several explanations for rising prices. Foremost among them is the surge in energy prices, affecting not just household bills, but also the costs of producers of consumer goods and services. They, in turn, have little option but to pass on their higher costs to their customers.

Second, there is supply-chain disruption. In particular, China’s continuing policies of containment of the pandemic have diminished its ability to provide components essential to a number of industries, and resorting to alternative sources has meant paying higher prices.

Then there are country-specific factors. Covid saw some withdrawal from the labour market and some of these workers have not returned, either because they have taken early retirement, opted to take time out or (as is the case in the UK) chosen to return to home countries. Brexit has contributed in another way by increasing the administrative costs of imports.

Labour shortages, notably in key occupations (such as delivery drivers) oblige employers to pay more to attract the staff they need. Recent data, as Jonathan Portes explains, suggest immigration into the UK from non-EU countries has increased and may now be off-setting the loss of EU workers, but the high number of vacancies testifies to a tight labour market.

More fundamentally, there has been a shift in what economists call the terms of trade, the ratio between the export prices different countries are able to command. The change in energy prices raises the value of exports of energy producers (consider Russia’s gains from higher gas prices) relative to the export prices of other countries. There are parallels with the 1970s, when the OPEC cartel was able to drive up oil prices, hugely enriching the Gulf States in particular.

Such changes are most visible for essential products like energy which consumers cannot easily avoid, and the pain is accentuated because energy costs feed into other goods and services.

The political implications of stagflation certainly alarm decision-makers. As is already evident, worries about the cost of living quickly dominate political narratives, and high inflation makes economic decision-making and agreeing business contracts more challenging because of uncertainty about both input prices and wages.

For workers, loss of purchasing power prompts demands for wage increases, while for those reliant on savings or state benefits, their sources of income will depend on policy decisions.

Governments can, as many have already demonstrated (see Bruegel data), act to alleviate the negative effects by providing social benefits or by altering taxes to hit those who do best from inflation.  Part of the gains from higher energy prices accrues to oil and gas companies, hence the compelling case for windfall taxes.

But there is not much more governments can do when the inflation is imported. In an expanding economy, policymakers can implement policy changes aimed at slowing the growth rate when there is over-heating. However, in a stagnating or shrinking economy, it is much harder because there are fewer resources. Moreover, the standard response to high inflation – higher interest rates and fiscal tighter policy – while arguably unavoidable, can lead to a prolonged period of economic stress.

The good news is that high energy prices (oil in the 1970s, gas today), by stimulating a switch to alternative sources of energy, can substantially reduce dependence on producer cartels, and this new competition will ease the pain. The bad news, though, is that it takes time to adjust and until it happens the energy producers will continue to benefit.

“Grin and bear it” is not a message many will want to hear, but there is no easy solution to the problems posed by stagflation. As someone did not quite say, “it’s the terms of trade, stupid”. The distributive consequences are hard to predict, but there will be winners and losers, and that is always a recipe for political conflict.

In case you’re wondering, when Iain McLeod (later a Conservative Chancellor of the Exchequer) coined the term stagflation in 1965, the inflation rate was 4.4% and the annual growth rate was 2.5%. What would Rishi Sunak or his fellow finance ministers give today for comparable figures?