Starmer acts swiftly to turn the page on the Corbyn era 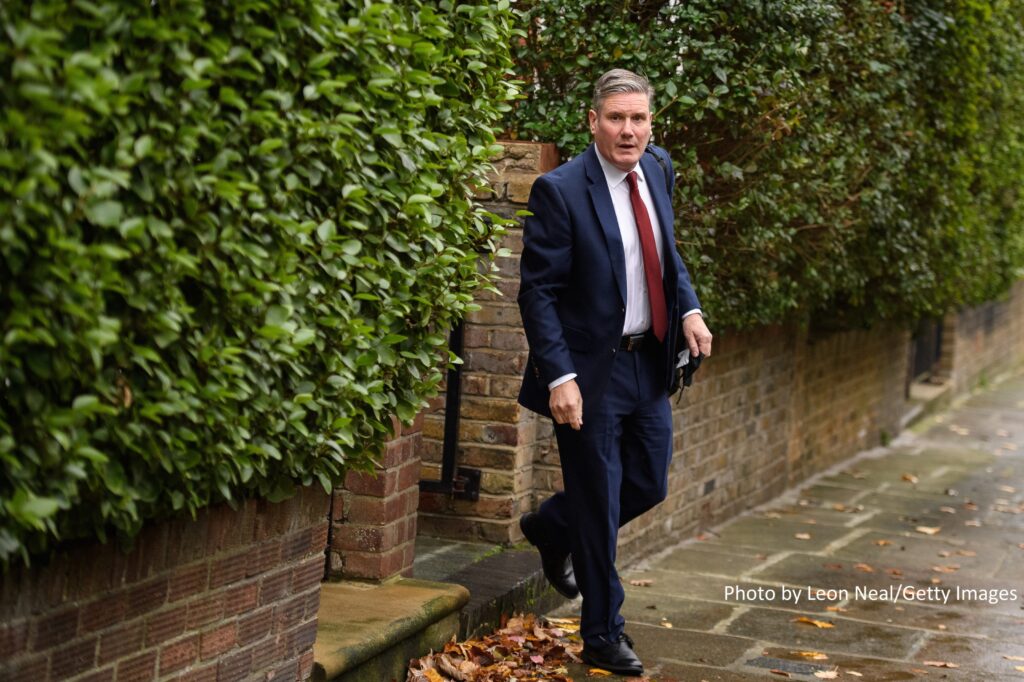 Keir Starmer’s reaction to the publication of the Equalities and Human Rights Commission’s investigation into antisemitism in the Labour Party, and to subsequent related developments, seems to have hit all the right notes, though not all of them were scripted.

There is no rulebook that can guide a leader to go through what will be remembered as a very dark day in the history of a party committed to promote equality in all its guises and to fight all forms of discrimination.

That is to say, Starmer was able to transform a moment of profound crisis and malaise into an opportunity to show that the Labour Party under his new leadership has turned the page on Corbynism. So much so, that, in an unexpected development he has even supported the suspension of the former leader Jeremy Corbyn.

The day started with the release of the EHRC’s investigation into antisemitism in the Labour Party, which had been launched exactly 18 months ago. The damning report concluded that Labour was ‘responsible for three breaches of the Equality Act (2010) relating to political interference in antisemitism complaints; failure to provide adequate training to those handling antisemitism complaints and  harassment’.

The report noted too that there was a culture within the party ‘which at best, did not do enough to prevent antisemitism and, at worst, could be seen to accept it’. This was a serious indictment of a party whose commitment to equality is imprinted in its DNA.

Soon after the release of the report, a contrite but firm Starmer appeared behind a lectern (which was adorned with the words ‘a new leadership’) to say, and with just a hint of anger at the edge of his voice, that the publication of the report was ‘a day of shame for the Labour Party’.

He moved swiftly to apologise to the Jewish community, and in particular Jewish party members for ‘all the pain and grief’ that Labour had inflicted on them and promised to adopt a ‘zero-tolerance approach to antisemitism’.

He also announced that the first step to root out antisemitic behaviour from the party will involve the full implementation ‘and without qualifications all the recommendations’ of the EHRC report.

With this reaction to the EHRC report, Starmer hoped to draw a line of separation with his predecessor Jeremy Corbyn under whose leadership antisemitic behaviour proliferated. His demeanour and the carefully chosen words were used to show that the Labour Party was under new management, as he often says.

Starmer made a point to thank the EHRC for its ‘rigorous and thoroughly researched’ report and to emphasise that the recommendations will be implemented without equivocations.

The purpose of this emphasis was to demonstrate that he is very different from Corbyn who had consistently questioned either the severity of Labour’s tolerance of antisemitic behaviour or resisted the adoption of the full definition of antisemitism proposed by the International Holocaust Remembrance Alliance (IHRA).

What Starmer did not anticipate was the reaction of Jeremy Corbyn to the EHRC’s report, but which was entirely consistent with his track record on Labour’s antisemitism scandal. Instead of conceding and moving on, Corbyn accepted in a statement published in his Facebook page that ‘[o]ne antisemite is one too many, but the scale of the problem was also dramatically overstated for political reasons by our opponents inside and outside the party, as well as by much of the media’.

This was not the apologetic reaction that the Labour Party was expecting from the former leader.

Thus, to prevent Corbyn’s equivocations from detracting attention from Starmer’s firm and clear endorsement of the report, the Labour Party announced (with the blessing of the leader), that Corbyn been suspended from the party, as a result of his reaction and failure to retract his statement.

Predictably, Labour’s decision was met with anger and disbelief by the Labour left who interpreted it as a declaration of war.

Corbyn announced he will contest the decision to suspend him, the former Shadow Chancellor John McDonnell condemned Labour’s decision as ‘profoundly wrong’, the grassroots movement Momentum, created to support Corbyn’s leadership, said the decision amounted to a ‘massive attack on the left by the new leadership’.

Countless Labour activists used social media to declare they were leaving the party. Clearly, many Corbyn supporters were outraged with the party’s decision, but it is unlikely that their outrage will have a lasting impact. Since Starmer was elected leader the left has been losing its influence over the party.

It is a fair guess that Starmer is uncomfortable with such drastic and ruthless decision that affects somebody with whom he worked closely for a number of years, and who is an MP in the same area of North London.

But it is clear that he understood that the move to suspend Corbyn will help him cement his reputation as a leader who is determined to uproot antisemitism from the party and crucially to demonstrate that under his leadership Labour is ready to turn the page on Corbynism and to prepare for government.