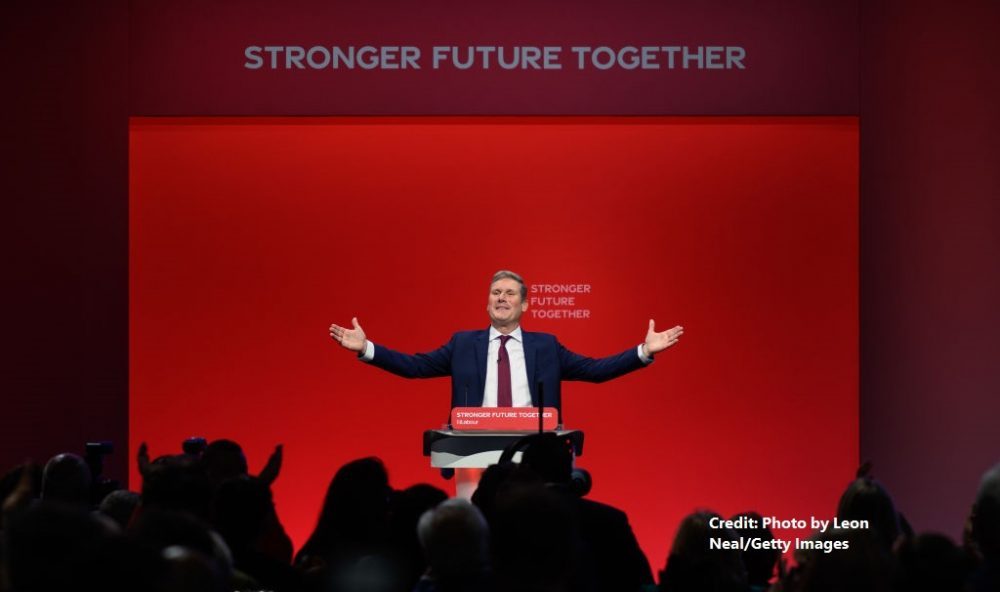 “Prime Minister, either get a grip or get out of the way and let us clear up this mess.” Bold words from a Labour leader determined to set his party firmly on the road to power. But is the party ready for the journey?

There was much that was familiar about Labour’s sojourn in Brighton. A clunky slogan (Stronger Future Together) that made no grammatical sense and could have been stolen from the cutting room floor of the Remain campaign back in 2016.

The ubiquitous pretenders to the throne, posing for selfies, hogging the fringe programme and offering what nobody took as ‘constructive advice’.

But there was enough that was different from Jeremy Corbyn era conferences to provide some grounds for encouragement. The leader’s internal reforms were passed, and they are of genuine significance in shifting the balance of power within the party.

They give the Parliamentary Labour Party two key opportunities: relieving not insignificant pressure from their constituency parties, with a higher trigger ballot threshold; and increasing their say over the party’s choice of leader, which they recklessly threw away in 2015, with double the number of MP nominations required for candidacy.

Yet, as ever with these conferences, the action – and a true sense of the state of play – was to be found away from the conference floor. Tim Bale’s “suits to sandals” ratio has shifted markedly, if not completely, in favour of the former.

Yet, wandering around the fringe, it was hard to avoid the impression that many in the party still view Labour as a campaign group rather than a party engaged in a single-minded pursuit of power.

Not least, there was a continued tendency to obsess over issues about which the general public doesn’t give two hoots.

There were earnest discussions on how best to break it to the British public that growth is a thing of the past. Event upon event focused on creating an ethical trade policy founded on sustainability and human rights.

None of this, of course, is inherently objectionable. But it is politically problematic, given how adept the Conservative Party have proven to be at weaponising ‘values’ issues.

It is also a missed opportunity. At a time of fuel and food shortages, labour shortages, rising prices and falling Universal Credit, Labour really should appear as a party focused on issues that the general public really cares about.

It is curious to say the least that some variant of the phrase ‘Tory chaos’ did not figure in every statement made by frontbenchers throughout the week. A clear, comprehensible and co-ordinated message is still needed.

One that links outcomes (rising inflation, potentially rising unemployment, shortages of goods and of labour) to specific government actions and policies (a lack of planning, the ending of the Universal Credit uplift, restrictive immigration policies and, yes, a minimalist trade deal with the European Union).

Keir Starmer must shift political debate towards terrain on which it has a greater chance of victory. Not only is the government most vulnerable on matters related to economic competence, but its electoral coalition, built around Brexit, is fragile when it comes to economic policy.

Making this link clearly and making it soon is necessary to counter the Prime Minister’s claim that what is happening in this country is the result of global phenomena – not least the rebooting of economies after the pandemic – rather than of government policies. As recent polls suggest, it is not inevitable that voters will make the link between perceptions of chaos and government failure.

There is a recent parallel to be drawn here. When the financial crisis struck, David Cameron and George Osborne were quick to hammer home the message that it was the policies of New Labour that were responsible for the consequent economic slowdown.

They made the argument early, and then they made it often, which laid the groundwork for their eventual victory in 2010.

If Starmer’s Labour Party is serious about wanting the keys to Downing Street, it must do likewise. Keir Starmer has an electoral mountain to climb simply to deprive the Conservatives of a majority.

To do so, he must attack them where they and their coalition are weakest, and gain traction for the argument that Tory policies are undermining the British economy.

Ethical trade is a worthy objective. But it is one to be pursued while in power, not one to bang on about when that power remains elusive.

By Anand Menon, director of UK in a Changing Europe. This piece was originally featured in LabourList.