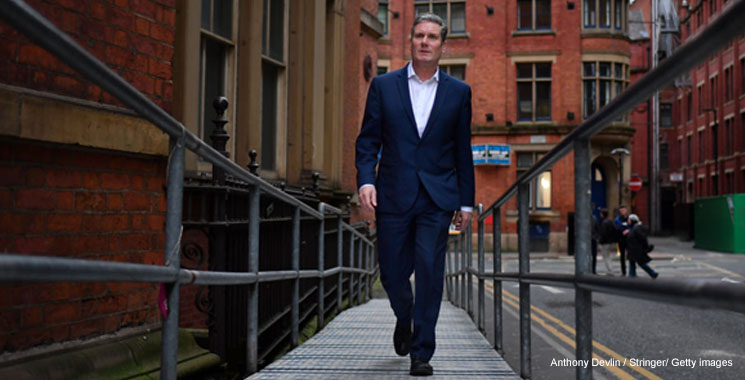 As Nigel Fletcher pointed out recently, the job of pulling together a shadow cabinet is difficult but defining – it’s a demonstration of your core strategy as leader of the Opposition. As a result, it can also be divisive, and decisions made can also reflect the constraints a leader is operating under.

The blend of Keir Starmer’s team in terms of geography, experience and faction suggest he is in a powerful position, and tells us something about the story he hopes to tell as leader.

Starmer has struck a geographic (and a Brexit) balance

Starmer has made much of the fact that Labour’s electoral challenge necessitates a resurgence in England, Scotland and Wales.

It was therefore notable that Starmer’s appointments to shadow to the top positions – made 24 hours before his full cabinet was revealed – were a Scot as shadow Chancellor, a Welshman as shadow Home Secretary and a Northerner tracking Dominic Raab at the Foreign Office.

This balance in representation from across the UK is also reflected in appointments to the full shadow cabinet. A accusation repeatedly made against Corbyn was that many of his top picks reflected a London-centric outlook, a trap in which Starmer – a London MP – could easily have fallen.

This may explain why there are ten MPs from the north west in Starmer’s shadow cabinet – double the number that Starmer has appointed from constituencies in the capital. This is despite the fact there are more Labour MPs representing seats in London (49) than the north west (41).

This geographical distribution can also be measured in Brexit votes. 51% of the Parliamentary Labour Party represent seats which are estimated to have voted Leave in 2016.

This is the end of Corbynism, but little reward for Remainia either

Another charge that Starmer is vulnerable to is that he was a poster boy for Remain. Yet while there wasn’t much good news in this reshuffle for Corbyn loyalists, neither is his top team packed with those who strongly advocated for a second referendum.

The biggest Brexit rebellion Corbyn faced from the pro-Remain wing of his party came in June 2018, when 74 Labour MPs voted for membership of the European Economic Area. Of these 52 Remain Labour MPs but just five – David Lammy, Rachel Reeves, Jo Stevens, Bridget Phillipson and Ian Murray – are in his cabinet.

On the other hand, Lisa Nandy is the only Labour MP who voted for Boris Johnson’s Brexit deal at second reading to make it into the shadow cabinet. Most of the others lost their seats to the Conservatives at the general election.

Many who made the biggest names for themselves during the Brexit debate – think Peter Kyle on the Remain wing, through to Stephen Kinnock on the Brexit-accommodation wing – have not made it into Starmer’s shadow cabinet team.

Starmer has rewarded his contemporaries in the class of 2015

Any headlines this reshuffle has generated have focused on the return of Ed Miliband as an old hand. Yet the real story is that Starmer’s picks suggest that parliamentary – still less ministerial – experience is not a commodity on which he places a premium.

If you exclude the veteran chief whip Nick Brown, with his 37 years of parliamentary experience, then half the shadow cabinet – 14 out of 28, including Starmer himself – arrived in Parliament in 2015 or later.

Starmer has previously spoken about the affinity that MPs have with colleagues who arrive in the House of Commons at the same time. 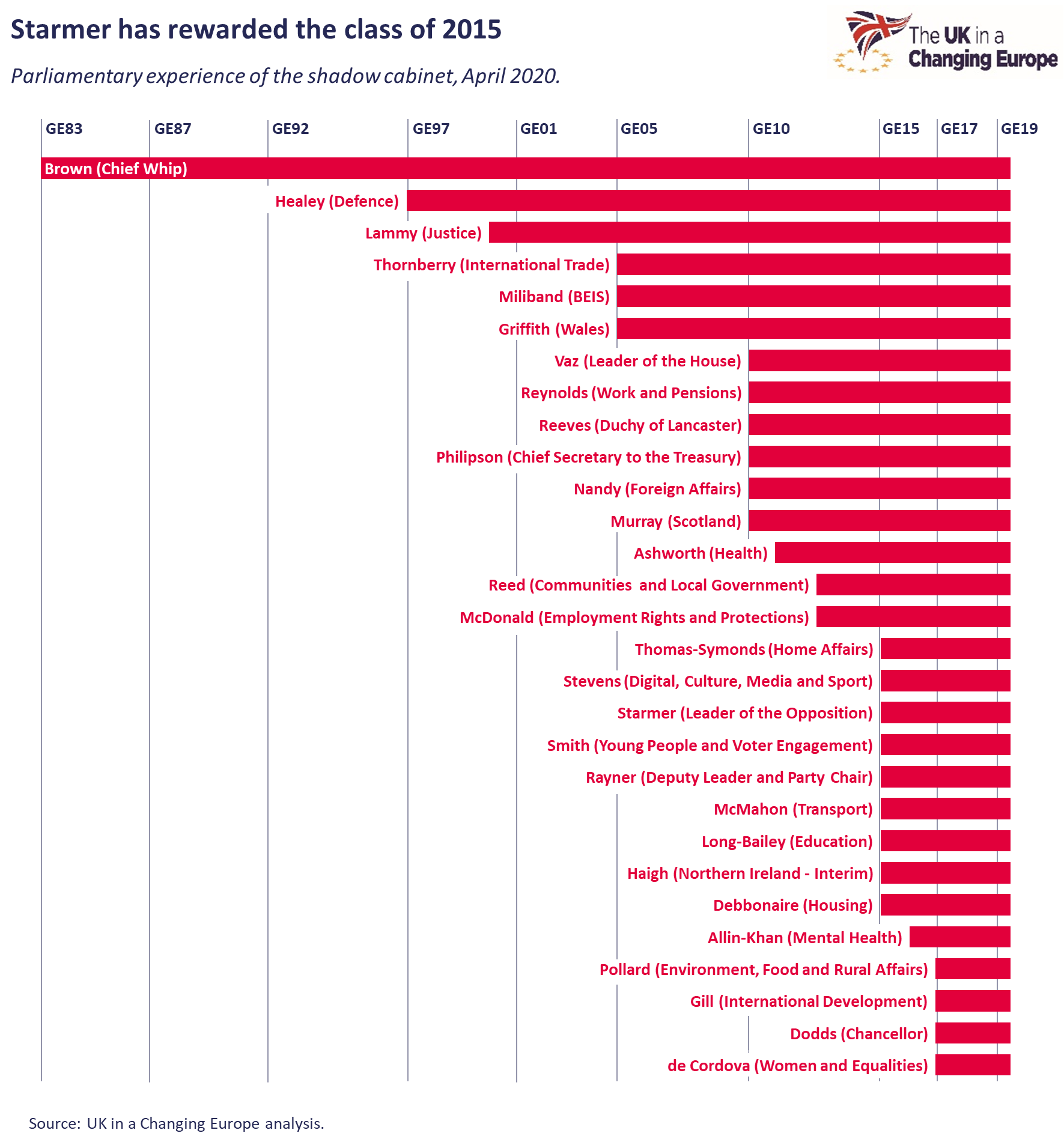 As a result, half of this cabinet have only known of life as a Labour MP with Jeremy Corbyn as leader. Just three – Nick Brown, Lord Falconer and Ed Miliband – have cabinet-level experience, although John Healey and David Lammy were also ministers in the last Labour government.

The majority of the cabinet are Starmerites

Perhaps unsurprisingly, this is a shadow cabinet full of Starmer supporters. It is clearly also a luxury that his predecessor didn’t have when shaping his first team.

Jeremy Corbyn – having scraped through with 35 nominations – included just three MPs who had nominated him in the 2015 contest in his first shadow cabinet.

Some 15 out of the 28 MPs Starmer has chosen in his cabinet nominated him for the leadership, while he has included four backers of Rebecca Long-Bailey, three of Lisa Nandy, and two backers of both Emily Thornberry and Jess Phillips.

Yet this level of support is broadly a microcosm of the parliamentary party at large, rather than Starmer creating a cabinet in his own image as a function of his powerful position.

By Dr Alan Wager, politics researcher at The UK in a Changing Europe.