Starting gun to a referendum or a ticking time-bomb? 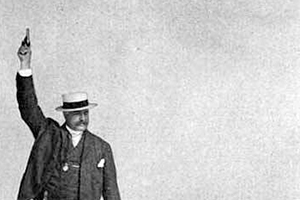 Different regions of the UK have had different experiences of EU membership and an exit will affect them in an unequal fashion. This article introduces some of the issues for debate in Northern Ireland ahead of a referendum.

The issue of Northern Ireland’s membership of the EU has rarely featured as a significant issue in either the regional press or public debate. Discussions of the broader aspects of European integration in the Northern Ireland Assembly have been minimal and, more often than not, limited to the issue of EU funding. The starting gun in the referendum has been fired and it is now time for real discussion to commence.

Northern Ireland is the smallest UK region with some 1.81 million (or 1.5 per cent of the UK’s citizens) but the issue of ‘Brexit’ arguably matters more to this region than others. Northern Ireland is the only part of the United Kingdom that shares a land border with another EU member state (the Republic of Ireland) and is heavily involved in a range of cross-border cultural, economic and political initiatives.

A ‘Brexit’ raises a number of fascinating issues for Northern Ireland about not only this cross border dimension but also its links to the continent.

Border Controls: In theory ‘Brexit’ means the creation of a physical international border between Northern Ireland and the Republic of Ireland (i.e. the imposition of passport checks and customs posts) that will impact on trade and tourism. Is this a repartition?

Political Dimension: The ‘Brexit’ issue will be highly politically sensitive for the political parties which are tied into the efforts at building an agreed post-conflict society. Indeed, Brexit would help reinforce the division of the island? The 1998 Belfast Agreement itself was premised on both UK and Irish membership of the European Union. How far will ‘Brexit’ impact on the North-South dimension of relations between Stormont and Dublin?

Business and Employment: Although the UK provides a highly important internal market for Northern Irish goods, European markets also matter. A Brexit might mean the UK no longer has access to the single market and in the Northern Ireland context this is hugely important as much of region’s economy as some 55% of manufacturing goes to the EU and most of this to the Irish Republic. Does a ‘Brexit’ impact on competitive advantage in the UK? Given that Northern Ireland is a border economy, anything that interrupts and hinders the free flow of goods and labour impacts negatively on the Northern Irish economy. It has been estimated in a recent report for the NI Assembly’s Enterprise Committee that the Northern Ireland economy would lose some €1 billion per annum following a Brexit and face a 3% decline in GDP. Is this sustainable?

Farming: Currently the operation of the EU’s Common Agricultural Policy accounts for some 82% of farm income across Northern Ireland. The figure of aid for the period 2014-20 is estimated at some €3billion. Is it to be expected that the UK Treasury would replace these funds with UK monies following Brexit? If it doesn’t what would happen to the farming and related agri-food sectors?

Structural Funds and Peace Support: Northern Ireland has benefitted considerably from structural funds and peace monies. Indeed, some €2.4 billion was received from the EU between 2007 and 2013 with a broadly similar amount being available between 2014 and 2020. This would stop following a ‘Brexit’. What would be the implications for Northern Ireland as it develops as a post-conflict society?

Universities, Research and Student Mobility: Is there a danger that world class research might suffer outside the EU? It is generally not known how much the EU boosts UK science and innovation in terms of the freedom of movement for talent and gifted European scientists, let alone access to considerable financial support through initiatives such as Horizon 2020. Brexit could also bring the Erasmus student exchanges to an end and could limit the opportunities for NI students studying in other parts of the EU.

Constitutional Futures: Would/should any decision by the UK government following a UK vote for a ‘Brexit’ take into account the voting preferences of majorities in all four constituent parts of the UK. If not, Scotland’s current preference to stay in the EU might trigger a second referendum on Scottish independence. Should Northern Ireland insist that its vote is respected? What should the response be from Northern Ireland if it returns a majority different to that of the UK as a whole?

In short, the debate about Brexit is just beginning and this article urges greater discussion.