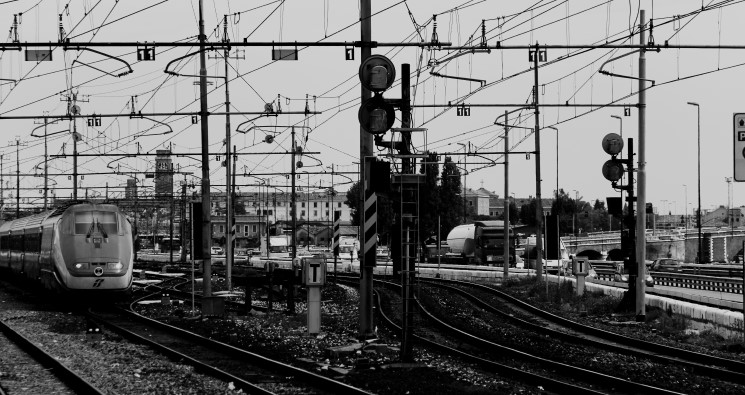 Boris Johnson recently said that after Brexit the UK will develop new state aid rules, claiming that the current EU system made it difficult for the government to protect the British steel industry in 2015.

Is he right? Yes and no.

‘Yes’ in that EU state aid rules do exist and they may limit what governments can do.

But ‘No’ in that many other EU governments find ways round the rules when they want to; in contrast here the Conservatives in power haven’t had the political will to intervene, and in effect have hidden behind EU rules as an excuse for inaction.

It is the case that a number of EU rules govern the amount of financial assistance that a country can provide to companies or organisations –  known as ‘state aid’ – as this has the potential to distort free market competition.

The EU’s state aid rules are covered by Articles 107–109 of the Treaty on the Functioning of the European Union, which prohibit aid to companies or organisations by member states unless it is deemed ‘compatible’ for reasons of economic development (including regional aid to disadvantaged areas).

Member states need to notify any planned aid to the Commission, which is then responsible for assessing the proposal and issuing a decision on whether the aid meets compatibility conditions. A particular concern is over distortion of competition.

The definitions in Articles 107-109 have been interpreted by the European Commission and European Court of Justice to cover a range of state aids, including subsidies and measures that are economically equivalent, access to government assets on favourable terms, or favourable tax treatment.

However, a ‘General Block Exemption Regulation’ (GBER) was introduced in 2008 (and revised in 2014), which specifies certain types of aid as being compatible with EU state aid rules; in such cases member states don’t have to notify aid to the Commission.

The GBER covers a range of sectors and different types of aid, notably aid to support small and medium-sized enterprises (SMEs).

Incidentally, it should be noted that the UK, under different governments, has supported the EU’s state aid approach and has played a significant role in shaping EU policy in this area.

However, the shadow transport secretary, Andy McDonald, countered by saying that the Conservatives “sat on their hands and used state aid as an excuse” during the 2015 steel crisis.

Back in 2016, we raised five asks of the UK government over how to support UK steel, before going on to critique the government’s stance, contrasting it with action elsewhere in the EU.

In particular, we pointed out that European governments have intervened in a range of ways to support their steel industries, including via part nationalisation, energy compensation schemes, part-time wage subsidies, solidarity compacts and more.

What we made clear then is that EU state aid rules didn’t seem to prevent other governments from intervening when they felt it necessary, in contrast with what Mr Johnson has been claiming of late.

A similar view was reached by the House of Lords European Union Committee report on ‘Brexit: Competition and state aid’, published last year. It concluded:

‘While it is clear that the EU’s state aid rules have been the source of some frustration in the UK, successive governments have found them flexible enough to provide support for major projects.

Moreover, other EU member states spend significantly higher sums on state aid. This indicates that the EU rules have not been the decisive factor in limiting state aid in the UK, during the time it has been an EU member state’.

And in evidence to the Committee, Professor Steve Fothergill rather hit the nail on the head when he said that “the fundamental problem that we face in Britain at the moment is less the EU rules and more the failure of the UK government to exploit the present rules to the full”.

So it isn’t clear at all that EU rules have curtailed successive UK governments’ ability to grant state aid.

One wonders whether – if elected – the Conservatives would really loosen state aid rules anyway.

There is already much scepticism that a trade deal could be done during 2020, and a new state aid regime could mess up any prospect of such a deal next year. Once Johnson realises this, I expect these ideas to be hastily shelved if he finds himself back at Number 10.

That sounds complicated and messy for business.

Thirdly, the Conservatives say they would bring in a new system based on World Trade Organisation anti-subsidy rules. But it is not at all clear that changing from EU state aid rules to a system based on the WTO concept of a subsidy would make much if any difference to what state aid is prohibited.

We might simply end up back where we are.

All of which suggests that Johnson’s state aid suggestions are more of an election pitch to win over seats in the Midlands and the North.

Don’t expect much to change on state aid whoever is in government if we want any sort of free trade deal with the EU in the near future.