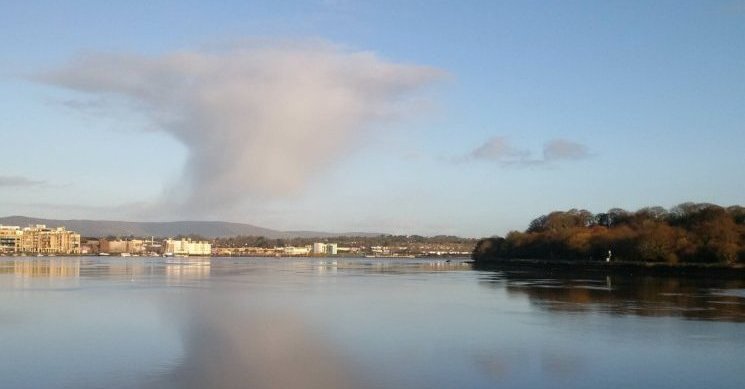 The impact of Brexit on human rights and equality in Northern Ireland is gaining increased attention. This is welcome. The public conversation thus far has tended to focus on the implications for trade and the economy; the common commitment to avoiding a hard border is also well known, and exhaustively discussed.

The decision of Belfast-based NGO the Committee on the Administration of Justice (CAJ) to lodge a complaint with the EU Ombudsman has attracted considerable interest, and brought a welcome focus on the issue of rights and equality.

So, what are the concerns? The BrexitLawNI project has been examining the consequences of Brexit for Northern Ireland in areas that include rights and equality. The problems identified map onto Brexit but also relate to a broader malaise in the law and politics of Northern Ireland, where there is currently no government. That project has extensively documented the issues and proposed solutions.

My intention in this post is to explain what will remain and what might be lost during and after the Brexit process.

First, the UK is bound by a significant range of international human rights obligations currently. Thus, the UK must respect, protect and fulfil human rights standards on civil, political, economic, social and cultural matters. That legal fact will not change, and this will not be affected by Brexit – unless Brexit heralds an extensive and destructive retreat from international obligations and institutions.

The UK could, however, do a much better job at implementing these guarantees now domestically, and there is a case to be made for signing up to more of the international complaints mechanisms (with some exceptions, the UK is notoriously reluctant).

Although the Conservative Party continues to toy with the idea of leaving the European Convention on Human Rights system too—which is part of the Council of Europe, not the EU—membership looks safe enough in the short term. However, after Brexit, no-one really knows what might happen after the next major confrontation with the European Court of Human Rights.

There are also other protections that exist via the Council of Europe. Together, these human rights standards should be informing the Brexit process, and will continue to shape life in the UK afterwards. There are severe limits to the global and regional rights regime (and it is arguably now in peril), but it will still be there after Brexit and it should be influencing more of the current debate.

Second, in domestic law the Human Rights Act 1998 will survive (again, for now). The Act is explicitly referenced in the EU (Withdrawal) Act 2018 in order to provide a measure of reassurance, given the formidable powers contained therein. The 1998 Act will apply in Northern Ireland unless the path of proposed repeal and replacement is taken (just think about how a ‘British Bill of Rights’ sounds in Belfast). This is significant and too often neglected; holding onto the 1998 Act may well be the next task for those committed to human rights.

There are also human rights and equality commissions around the UK that work to uphold relevant standards, and several excellent civil society organisations. They, too, will still hopefully be around after Brexit.

In addition to this, it remains to be seen how much of the UK’s human rights framework will change during the ongoing EU-UK negotiations. Decisions are needed on EU citizens’ rights and British-Irish citizenship matters via subsequent bilateral formalisation of the Common Travel Area. There has been some fierce resistance against efforts to erode guarantees in these areas, and this will continue.

Third, the rights and equality conversation in Northern Ireland is hugely sensitive, and cannot be understood as just another internal UK devolution debate. The region experienced a brutal conflict, and many people in all spheres of society share a lasting trauma.

Ethno-national division is pervasive (as is sectarianism) and exists in myriad forms; micro tensions are fought out daily and region-specific codes and euphemisms are never far off in schools and workplaces.

Therefore, Brexit’s meaning in Northern Ireland is hard to disentangle from the wider difficulties of a post-conflict society and the promises of peace since the Good Friday Agreement (and associated international obligations) that were never kept.

The region voted to remain in the EU, and a lack of delivery on human rights and equality affects the perception and reality of Brexit. Progress had stalled badly in these areas even before the 2016 referendum and a climate of sharpened anxiety has emerged.

Abrasive political discourse can have desperate (and deadly) consequences, and the potential for violent conflict is still there. The proposed Bill of Rights was never enacted, the idea of a Charter of Rights for the island is just that, an idea. Proposals for unified equality legislation have gone nowhere. As the region falls ever further behind, anger (and a good measure of resolve) is evident among all those who have struggled for decades for a fairer society.

The EU played a major role in supporting peace-building: it eased pressures on the island by making the border effectively invisible for most (but not all), and drew the sting from contested citizenship by providing a common framework of European identity and associated entitlements. In areas such as equality and anti-discrimination law it assisted in securing advances that would simply not have been possible otherwise.

The robustness of EU law remedies is in stark contrast to, for example, the international human rights machinery or domestic rights provisions noted above. To understand the reaction to Brexit in Northern Ireland, it must be viewed, as many in the region do, as another direct assault on the constitutional fundamentals of the peace process. That is why so much emphasis is being placed on meaningful legal guarantees and the opportunity is being grasped to highlight the sorry state of the region.

If action is not taken to remedy these problems and address the deficit of rights and equality, then many will simply see further confirmation of a failed political project whose time is drawing to a close.

That might sound stark, but for many years the irredeemable nature of ‘Northern Ireland’ was assumed among a large section of society. However desirable it may be, a power-sharing future within the region should not be taken for granted.

Brexit will not erase human rights and equality in Northern Ireland or the UK. But it looks like the start of a process of potential decline and erosion with consequences that are hard to predict but do not look appealing.

The scale of anxiety in Northern Ireland flows from the belief that another pillar of the peace process is being torn down and that a supranational framework of guarantees and relative security will disappear.

The transnational mobilisation of rights and equality actors across these islands in reaction to Brexit is one example of what might be possible. Hopefully these networks and conversations will persist and they may be the one good thing to have come out of Brexit.

People will need to keep talking to each other across boundaries and borders in the years ahead about how to construct a common culture of respect for human rights.

By Colin Harvey, Brexit research leader at The UK in a Changing Europe.