The study of federalism: why it helps explain the UK-EU relationship 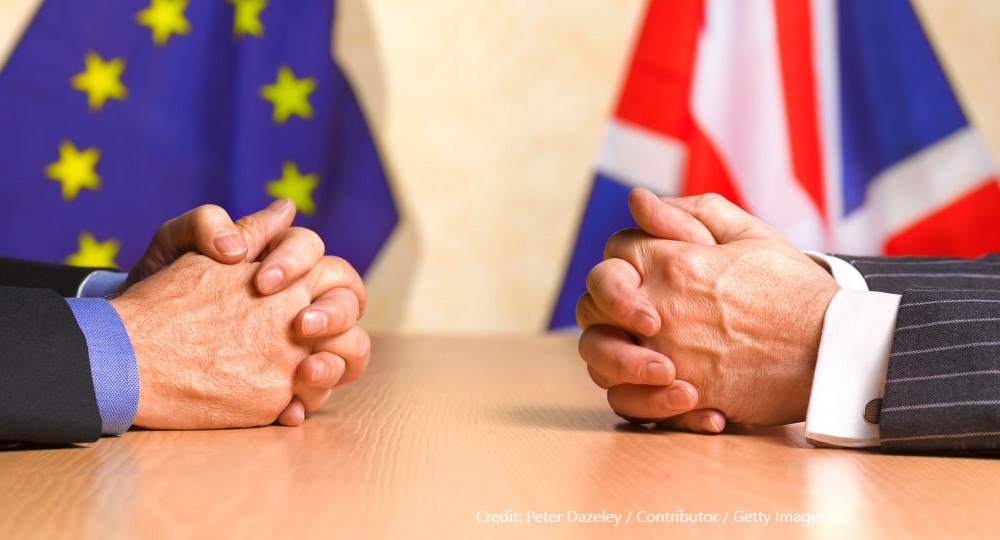 In the protracted Brexit negotiation saga it was the drama of deal or no deal that took centre stage. There was little time to reflect on or study how sustainable the new institutional arrangements governing the UK-EU relationship might prove.

Now the two sides are at daggers drawn over the fate of the Northern Ireland Protocol, and the UK media is digesting Dominic Cummings’ claim that the Prime Minister never intended to respect the agreement.

But pointing to personal agency as the root cause of the current tensions overlooks the way the institutional structure of the new UK-EU relationship is, paradoxically, even less stable than what preceded it.

The UK government has spent the past few months denouncing what made EU withdrawal possible in 2019: establishing a special status for Northern Ireland to avoid border checks on goods on the island of Ireland.

Brussels has responded with a set of potential technical revisions, backed up by threats of reducing economic or scientific cooperation if no consensus can be found.

It’s easy to pin the blame for this impasse on Boris Johnson: he’s either a hypocrite, or an ingénue, for suddenly finding fault with the supposedly fantastic deal that formed the basis of his general election victory.

Yet Johnson has been consistent on at least one point since taking the reins: his government wanted a far less institutionalized relationship than EU membership – meaning fewer binding commitments, notably regarding single market rules.

The Prime Minister interpreted the referendum vote as a mandate to remove the EU’s institutional and legal constraints on the UK.

That is why leading scholars of EU differentiation – the principle of selective participation in European integration to respect national sovereignty – conceptualize Brexit as a novel process of managing dis-integration.

The key message is that the process of managing UK dis-integration from the EU is not over just because both sides signed a shotgun free trade agreement (FTA) in late 2020.

This is because a UK-EU FTA, as Michel Barnier liked to point out, is a future-oriented document grounded in common policy goals such as protecting the environment or fighting climate change.

The treaty itself is overseen by an architecture of joint committees and an agreed procedure for arbitrating disputes. Thus the UK and the EU are still joined at the hip – if one party seeks to go in a different direction, it has a direct impact on the other and a response will follow.

To make sense of the dilemma of making the FTA work effectively it is helpful, as I argue in a recent paper, to draw on insights from the study of the EU as a federal system.

Particularly useful is Daniel Kelemen’s work that looks at the balance of centrifugal and centripetal forces between national capitals and Brussels.

This framework identifies the structural, judicial, partisan, and socio-cultural safeguards that help the EU system to manage the tensions that arise precisely when different parts of the system want to go their own way.

The same approach can also be  applied to understand the dynamics of UK-EU relations since they were placed on a new footing in January 2021.

Brexit was supposed to dispense, once and for all, with the wearisome sovereignty debate that spawned the UK’s demand for dis-integration in the first place. That was the flaw of the old arrangement.

As an EU member state, the UK had very strong institutional and judicial safeguards for its national interests. But this arrangement did not prove sufficient to counterbalance a party system that kept asking for policy opt-outs and stoking public resentment of EU obligations.

The current UK-EU relationship is still nested within a framework of international law and institutionalized cooperation.

There is the Northern Ireland Protocol, of course, and the Joint Committee tasked with overseeing the implementation of the 2019 withdrawal agreement. There are also the numerous committees designed to manage the trade deal.

Unlike the EU system, there is no independent court or executive (the Commission) to monitor and enforce the FTA rules; the Brexit edifice rests on the willingness of politicians on both sides to make it work.

If UK-EU differences cannot be solved by compromise or arbitration, the EU as the bigger economy has a far greater ability to impose costs on the UK via countermeasures and absorb costs of any UK trade retaliation.

The case study of this asymmetric power is what happened after Swiss voters tried to restrict EU migration – pressure from Brussels made the government in Bern think again.

The new EU-UK relationship entailed swapping an institutionally and judicially robust system with a far weaker one even more vulnerable to public opinion and political partisanship.

By threatening to rip up the Northern Ireland Protocol, the UK government risks retaliation from the EU in the form of suspending elements of the FTA, blocking research cooperation, or putting barriers at Spanish border with Gibraltar.

In effect, we would be back to a no deal outcome, at least temporarily.

The volatility of the new arrangements governing EU-UK relations is thus a feature not a bug. It is a natural consequence of shifting from the EU system to a looser FTA model. To make it work, both sides need to moderate their demands for diverging from agreed principles.

Judged by past performance and the present desire to call into question the Northern Ireland Protocol, this will not be easy for the UK.

By Andrew Glencross, associate professor in the European School of Political and Social Sciences at l’Université Catholique de Lille.