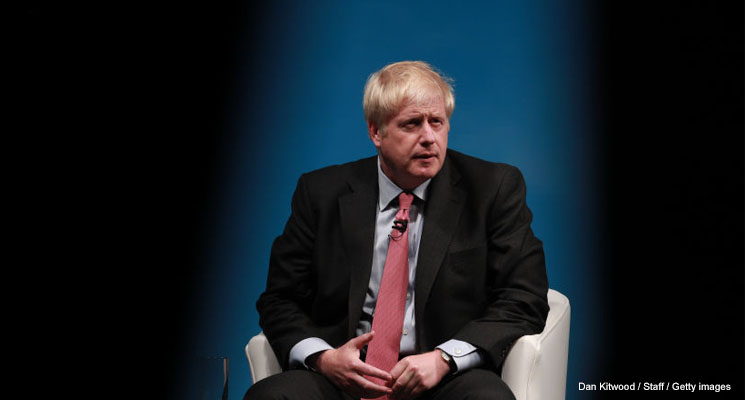 In the United States, if the president is incapacitated there is a clear line of succession set out in the constitution. First, the vice president, second the speaker of the House of Representatives, then over to the Senate and eventually back to the cabinet.

But this is another area where the UK just muddles through. There is actually no official constitutional post of deputy prime minister.

Those given the title politically have rarely been someone the prime minister at the time would see as their chosen deputy: Geoffrey Howe, who was given a consolation prize after being sacked as foreign secretary, John Prescott, who was important for shoring up the base sceptical about Blair’s Labour Party credentials but was not the big beast in the cabinet, and Nick Clegg in the coalition.

If David Cameron had fallen off his bike and been run over by the following car, either William Hague or George Osborne would have taken over.

Boris Johnson has no formal deputy. But as Covid-19 hit, it was briefed that his “designated survivor” was Foreign Secretary Dominic Raab—and it is Raab who will chair the emergency Covid meeting this morning, as the PM cannot realistically “Zoom” in from St Thomas’, where his team says he is having routine tests.

That may work as a stopgap—the sort of arrangement we see when ministers are put in charge during the silly season in August, when prime ministers jet off to the Alps, a secluded villa or a Caribbean Island.

But at that time, the PM may be on holiday, but they are accompanied not just by their partner and a protection team, but also by a travelling Downing Street designed so they can continue to be in charge, even if someone else is manning the home front.

But this is not the silly season. This is the middle of a crisis. And it is a crisis with weeks and months to run, where tempers are already fraying.

The weekend press has been full of briefing and counter-briefing: ministers against unaccountable and clunky arm’s length bodies; advisers against civil servants; departmental civil servants against the cabinet Secretary; and reportedly real arguments over strategy between the two standout players of the crisis so far: Health Secretary Matt Hancock, determined to protect the NHS, and Chancellor Rishi Sunak, worried about the impact of a prolonged lockdown on the economy and the public finances.

The problem of Johnson’s absence is that he is the only person with the authority to take control and knock the warring heads together.

It would have been hard enough to do that in isolation in Downing Street, particularly if he was experiencing anything like the fatigue that my colleagues who have had coronavirus-like symptoms report is a debilitating feature of even mild cases, that come nowhere near needing hospitalisation.

From a hospital bed it is a near impossibility—and the priority for the PM has to be to get better as fast as he can. Johnson’s team have suggested no reason for alarm.

But his absence leaves a big gap as cases ramp up to a hoped for (but unnerving) peak. However competent he is, Raab will struggle to have that authority.

As a relatively new appointee, with very limited cabinet experience, given a big and rather unexpected boost up the rankings by Johnson, and under pressure himself on the Foreign Office’s record on repatriating stranded Brits, he will have a harder time than a Gordon Brown or a Hague would have done.

This arrangement may hold for a few days or even, with goodwill, a few weeks, but may not last if the prime minister is completely out of action for a longer period.

The best hope is that the prime minister’s absence is brief but provides the shock the people in charge require to realise that they need to work effectively together.

A good first sign would be an agreement on all sides that the poisonous briefing and backstabbing that appeared in the press over the weekend stops.

If it looks like the prime minister will be out of action much longer, ministers will either have to accept Raab’s leadership, or put an alternative plan to the prime minister on whose authority they would accept. It is far from clear who that would be.

There were brief moments last summer when Theresa may’s “de facto” deputy, David Lidington, was floated as a possible interim prime minister if May decided to step down.

But his successor, Michael Gove, who probably regards himself as the current de facto notwithstanding Raab’s designation, may be too divisive a figure to fill that gap. One of the key attributes of Lidington is that he did not covet the top job: Gove on the other hand has made it patently clear he does.

The problem with the Johnson cabinet is that it is full of relative newbies, most of whom owe their positions to a combination of clear Brexit support and prime ministerial favouritism. Save for Gove, there a few who came in as big hitters in their own right.

Meanwhile, the civil servants beavering away will all be hoping for a very speedy return from Johnson. They need clear direction.

The government was paralysed by three years of indecision over Brexit. No one will relish the prospect of further paralysis during this crisis.

By Jill Rutter, senior fellow at The UK in a Changing Europe. This piece was originally published by Prospect.