Sunak and austerity: round two 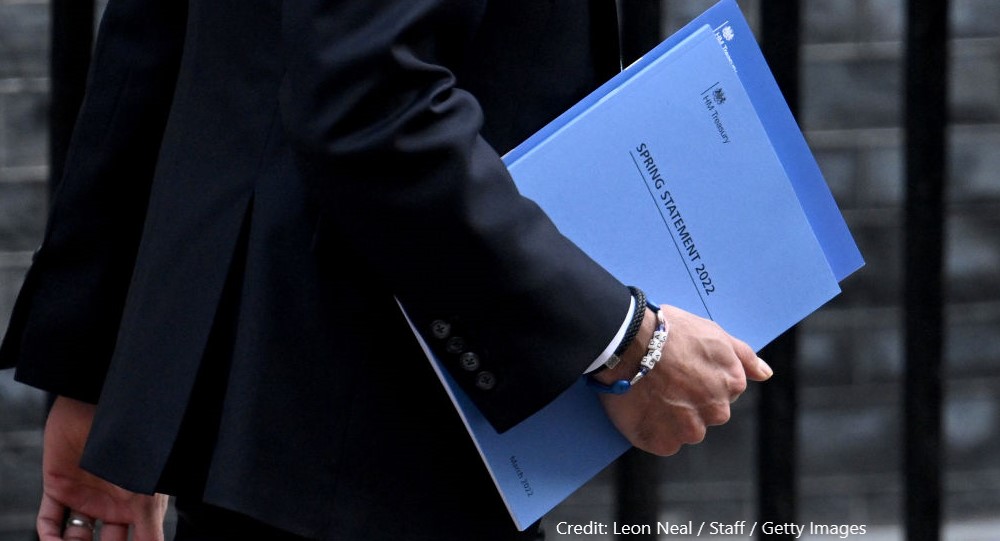 The Conservative Party has, on at least two occasions in its modern political history, demonstrated a knack for transforming an economic crisis into an opportunity to engineer a new domestic political narrative.

On the first occasion, the United Kingdom experienced a profound, fossil fuel-led cost-of-living crisis in the mid-1970s, and inflation rose to 16.9% in December 1974. Electoral defeat persuaded Sir Keith Joseph and Margaret Thatcher to move away ideologically from being stranded on the social democratic ‘middle ground’, occupied by One Nation Conservative governments from Churchill to Heath, towards a political ‘common ground with people and their aspirations’.

Joseph argued that, as a response to inflation, monetarism was ‘not enough unless there is also the essential reduction of the state sector and the essential encouragement of enterprise. We are over-governed, over-spent, over-taxed, over-borrowed and over-manned’.

Inflation and the ensuing cost-of-living crisis had been the platform for the Conservative Party to engineer nothing short of a ‘sea-change in Britain’s political economy’, delivered by Thatcher-led Conservative governments which brought with them ‘a different analysis and a different set of policies’, especially in relation to the causes and remedies for the relative economic decline of the United Kingdom.

The longstanding quest for a British developmental state to implement a technocratic industrial modernization programme to reverse the trend of British national decline gave way to the entrenchment of a developmental market, and a different constitution for the economy brought about by laws, legislation, policies and regulations focused upon market liberalization and deregulation, and privatization to roll back the frontiers of the state.

The second occasion came in the aftermath of the 2007-2008 financial crisis, which had been caused by the irresponsible lending and failure of private financial markets, and facilitated by the Conservative Party’s own financial liberalization and deregulation during the 1980s. David Cameron opportunistically recast the domestic political narrative from one focused upon private market failure to one about the Labour Party’s ‘economic incompetence’ and the need to shrink the size of the state.

Cameron argued ‘the age of irresponsibility is giving way to the age of austerity’, and would later claim in his own political memoirs that ‘we probably didn’t cut enough. We could have done more, even more quickly’.

Others’ experience and evaluation of austerity would be so very different. In October 2010, in the very month George Osborne delivered his blueprint for implementing austerity to the House of Commons, the International Monetary Fund argued the effect of austerity would be contractionary rather than expansionary.

In December 2016 Mark Carney, the then Governor of the Bank of England, described Cameron’s ‘age of austerity’ as ‘the first lost decade since the 1860s’.

If Rishi Sunak’s Spring Statement presented a third opportunity to use an economic crisis to recast the Conservative Party’s political narrative, he appears to have confronted a number of significant obstacles to that ambition.

First, unlike the economic crises of the 1976 and 2009, there is not a Labour government to which to attribute blame and responsibility. The Conservative Party has been in government for almost a dozen years, and therefore its economic policies have sole domestic proprietorship over the 2.2 per cent fall in real living standards in 2022-23, their largest financial year fall on record.

Second, if Sunak was contemplating using his Spring Statement to make a virtue out of a second age of austerity, to facilitate future tax cuts for unleashing ‘a new culture of enterprise’, he would do well to remember the scale of this agenda’s own fiscal and economic failure.

Under the Cameron-Clegg, Cameron and May governments, from June 2010 until July 2019, the pursuit of austerity resulted in the addition of £754 billion, or around £82 billion a year, to the UK’s net public sector debt.

A consequence of this prolonged failure to grow the British economy today is that ‘the average worker is no better off than they were in 2008’.

Third, by its own actions in providing £378 billion of direct financial support and borrowing £321 billion (equivalent 15% of GDP) in a single financial year, largely financed by money creation by the Bank of England, in the face of the biggest economic contraction in 300 years, the Johnson government has demonstrated, not least to its own backbenchers expecting it to spend to ‘level up’, that there always was an alternative to austerity.

It was never a matter of economic necessity and unavoidable fiscal discipline, but always a matter of political and ideological choice.

If the United Kingdom is now ‘over-governed, over-spent, over-taxed, over-borrowed’, as Sir Keith Joseph once claimed in April 1976, it is because of the actions of Sunak’s own Conservative Party, not those of their political opponents.

Sunak’s decision to prioritise future tax cuts over immediate, direct finance assistance to those on low and fixed incomes, is as profoundly ideological as was Cameron’s and Osborne’s decisions to embrace austerity from April 2009.

However, it carries equal political and electoral risks.

Sunak has chosen to copy the example of his predecessor as Chancellor, Nigel Lawson. He has dangled the fiscal and electoral carrot of a one pence cut in the basic rate of income tax in the 2024 Budget, with the likely intention of copying Lawson in March 1988 in actually then delivering a two pence cut.

Sunak may even offer a three pence cut, to be followed by a manifesto aspiration at the next election to cut it further to 15 pence in the next Parliament. This would follow the precedent set by the 1987 Conservative Party manifesto to deliver income tax cuts ‘as soon we prudently can’.

But millions of voters face a cost-of-living crisis today for which the promise of future income tax cuts are irrelevant, especially when the overall tax burden is actually increasing to its highest share of national income since Clement Atlee was Prime Minister.

Having already plunged from eleventh to third from bottom in ConservativeHome’s league table of Cabinet minister popularity, the electoral popularity of Sunak’s second age of austerity may face an even harsher verdict on 6 May.

By Simon Lee, Senior Lecturer in Politics at the University of Hull.