Supreme Court case: not the best way to go about things 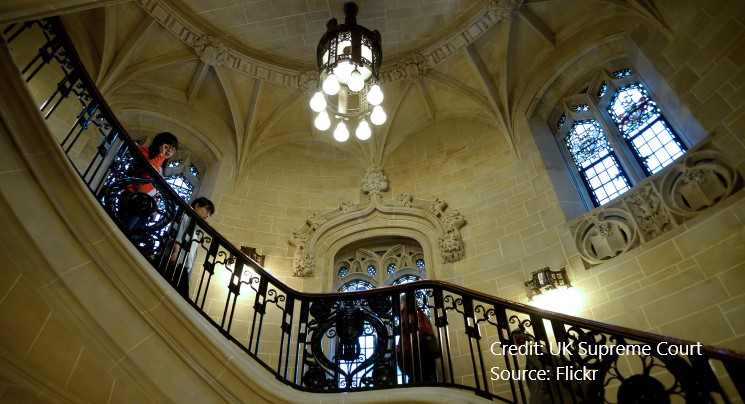 It’s tempting to write about the Supreme Court’s unanimous ruling that the government acted unlawfully in proroguing parliament and to muse on the constitutional implications.

Tempting but not actually that helpful in trying to understand how the Brexit process might unfold.

We also know that the law requires the government to seek an extension to Article 50 if there is no deal agreed by 19 October, and if parliament refuses to accept a no deal outcome.

Despite the high drama of the Supreme Court case and its undoubted constitutional effects, it does not change these other realities.

Put simply, the UK remains as blocked on Brexit as it has been for the past ten months.

At the heart of that blockage is the way in which Brexit has been conceptualised and handled by politicians and activists: as long as that remains the case, so too will the impasse.

Perhaps the simplest way to understand the sequence of events since David Cameron’s 2013 Bloomberg speech is through the prism of party politics.

Cameron was engaged throughout his time in office in managing his party’s factions over ‘Europe’, just as individuals within the Tories saw the referendum campaign as a way to climb to high office.

Even the past month has seen opposition parties torn between pressing the government over the edge of a no-confidence vote and ensuring that a request for an Article 50 extension is made, all coloured by deep mistrust of both Boris Johnson as the actual Prime Minister and Jeremy Corbyn as a potential replacement one.

In short, politicians have largely tried to manage Brexit via the usual processes and factions of British politics.

Another Brexit frame is possible?

The problem is that Brexit is not party-political, in its most basic sense.

Instead it is a systematic challenge, simultaneously challenging the UK’s policies, politics and polity. There is not one significant part of the UK political system that isn’t affected by it.

But the UK is not built on party-political lines, so the ability of parties to present coherent and cohesive positions is limited.

That’s most obviously seen in the deep divisions in both Conservatives and Labour, but also in other parties too (just much more asymmetrically).

Even where new vehicles have been built – i.e. the Brexit Party – there is nothing beyond the immediate position of getting the UK without any residual obligations. As Nigel Farage noted ahead of the European elections earlier this year, a manifesto can wait.

This all matters because the choice that the UK has to make if it is to exit the blockage – leave with a deal, leave with no deal, or not leave at all – is not going to happen if we keep using party politics to drive things on.

That matters particularly as we barrel along to a general election. Quite aside from the uncertainty in polling about outcomes, there is no automaticity about policy: neither Tories nor Labour have unambiguously chosen between the three options, yet they will be involved in whatever government – single-party or coalition – that emerges.

As 2017’s election showed, going to the country does not necessarily produce a clear response.

If this is not to be the medium-term future of the UK, then it will be necessary to start approaching Brexit very differently.

Instead of using it to promote sectional interests, there is a need to seek out common ground and objectives that can foster a more communal approach.

Key to that will be the discussion about what Brexit is for: if we understand better what kind of place we want the UK to be (in the broadest of terms), then we might be better able to determine what our relationship with the EU should be.

That’s a hard discussion and one that has no easy answers, but if we don’t try then we risk falling into a decision by accident. For a country that has been through as fraught a time as the UK in recent years that might not be sometime to look forward to, whatever your political persuasion.

By Simon Usherwood, Professor of Politics at the University of Surrey and Deputy Director of the UK in a Changing Europe. This piece was originally published by the DCU Brexit Institute.