Supreme Court prorogation hearing: Gina Miller’s case gets traction as the Government has questions to answer 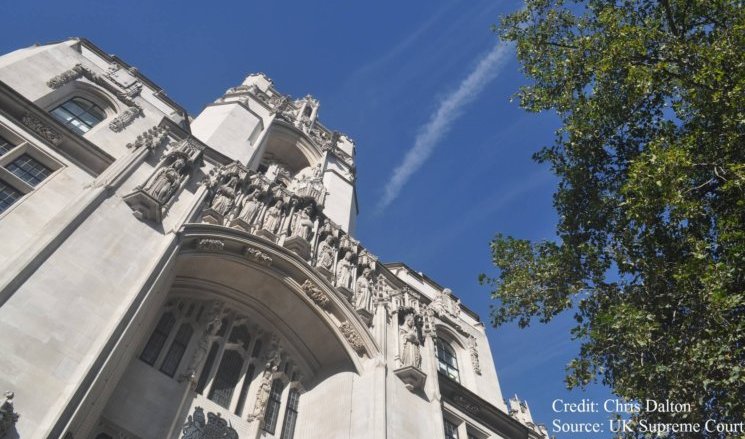 Last week the Scottish Court of Session in Edinburgh ruled that prorogation of the British parliament was unlawful. However, courts in England and Northern Ireland have both decided that this is a political matter and not the place of the courts to intervene.

It is now up to the Supreme Court to decide whether the five-week suspension of parliament was lawful or whether it amounts to an abuse of prerogative power by the prime minister.

Day one of the hearing began with a submission from Lord Pannick QC, counsel for Gina Miller, in which he identified three arguments why the Supreme Court should not just hear this case, but why they should allow the appeal and uphold the judgment of the Scottish court.

First, Pannick targeted the motive for the prorogation and said that the prime minister opted for a five-week prorogation for the sole purpose of limiting parliament’s opportunity to frustrate his government’s policies.

Secondly, he argued that it is ‘elementary in public law’ that a prerogative power can only be used for a proper purpose and that evading parliamentary scrutiny was clearly an improper reason for prorogation.

Thirdly, Pannick challenged the decision of the English High Court by arguing that the decision to prorogue was not subject to judicial review because he is not challenging the length of the prorogation, but rather the purpose for which it was being used.

Addressing his first argument, Pannick argued that the motivation behind prorogation was to frustrate prevent scrutiny of the executive at what he contended to be a time of national crisis.

He distinguished between a short prorogation, which is commonplace at the end of a parliamentary session once the government’s legislative programme is complete, and this one which lasts five weeks and which in the words of the Scottish Court was used for an ‘improper purpose’.

Pannick argued that this five-week prorogation is exceptional and that no prime minister had abused this power in such a manner in the last 50 years.

In support of his assertions, Pannick referred to media interviews given by the prime minister, in which he suggests that Boris Johnson, talking about parliament ‘blocking Brexit’, demonstrates the primary motivation behind the decision to prorogue parliament.

In dismissing the government’s argument that there are no legal rules relating to prorogation, only conventions, Pannick said that he was not arguing that for prorogation to be lawful it must not exceed a particular length of time, rather what matters is the intention behind the prorogation.

In this case, the length of the prorogation suggests that the prime minister’s motive was to ‘silence parliament’ in the period leading up to 31 October. In order to clear this point up, Pannick said that the case “cries out” for an answer from the prime minister in the form of a witness statement as to why he prorogued parliament.

Pannick’s second argument concerning parliament’s inability to scrutinise the government focuses on the relationship between parliament and the executive, and he described that ‘in constitutional terms, ministers are the junior partner. Parliament is the senior partner.’

A five-week prorogation therefore prevented parliament from not only legislating, but also that debates could take place and ministers could not be questioned. In his view, the ‘junior partner’ launched a ‘pre-emptive strike’ that ‘takes parliament out of the game’ for the whole period of prorogation.

He concluded this argument by saying that the sovereignty of parliament is the principle underlying the whole constitution, but the prime minister’s prorogation sought to undermine this sovereignty.

While these first two arguments are undoubtedly relevant and the motive of the prime minister may indicate his intentions, it is likely that the third argument will determine the outcome of this case. That is whether the case is even justiciable and can be heard by a court.

Unlike the Scottish Court of Session, which permitted the appeal, the English and Northern Ireland High Courts ruled that the case was not justiciable.

While ending one session and starting another is a legitimate purpose, it is not lawful to prorogue parliament for so long as to frustrate scrutiny. He said in this case prorogation had the effect of ‘frustrating the constitutional principle of parliamentary sovereignty and supremacy over the executive’.

Pannick concluded his submission by saying that the case was justiciable for the reason that this was an unlawful exercise of a prerogative power by the prime minster and that the courts had the power to review prerogative powers such as prorogation which are not governed by statute.

The afternoon proceedings saw Lord Keen QC, the Advocate General for Scotland, speaking for the UK government, to overturn the Scottish Court of Session’s ruling. Keen said that the primary question before the Supreme Court was whether the decision to prorogue parliament was one that judges could review.

Pressed on the question by the judges of whether the prime minister would abide by a ruling that prorogation was unlawful, Lord Keen responded that he had given ‘a clear undertaking that the prime minister will respond by all necessary means’ to the Supreme Court’s decision.

This must surely be taken to mean that Boris Johnson would comply by recalling parliament.

Lord Keen sought to provide the Supreme Court with a historical narrative of how prorogation has worked in the past, such as Clement Attlee’s prorogation in 1948 to get around the House of Lords blocking legislation which the House of Commons had passed.

However, Lady Hale, president of the Supreme Court, seemed unimpressed by this argument and responded that the 1948 example concerned ‘prorogation being used to enforce the will of parliament, not to frustrate it’.

This question, and the rather terse response given to Lord Keen, may indicate that Lady Hale has some sympathy with the argument that parliament had been deliberately marginalised in the run up to 31 October.

Finally, addressing the length of the prorogation Keen argued that the five weeks were needed for the party conference season and that, in reality, the time of the prorogation will only be seven days more than had been excepted if parliament had met for the full September sitting. In his view, this rebutted the Scottish court’s finding of an improper motive.

This case is clearly finely balanced, and the first day does not provide a clear indication of how the Supreme Court may rule. However, two things appeared clear.

First, Lord Pannick’s argument, though challenged by the judges, appears to have got some traction, not least because he made some convincing arguments on the question of the prime minister’s intentions and the effect this has on parliamentary sovereignty and the scrutiny of the executive.

Secondly, Lord Keen had to address the question of whether the prime minster will comply with any judgment that orders for parliament to be recalled.

While this raises important questions about the rule of law, perhaps more significant in the context of Brexit is the political effect that such a judgment would have on the prime minister’s strategy of leaving the EU on 31 October.