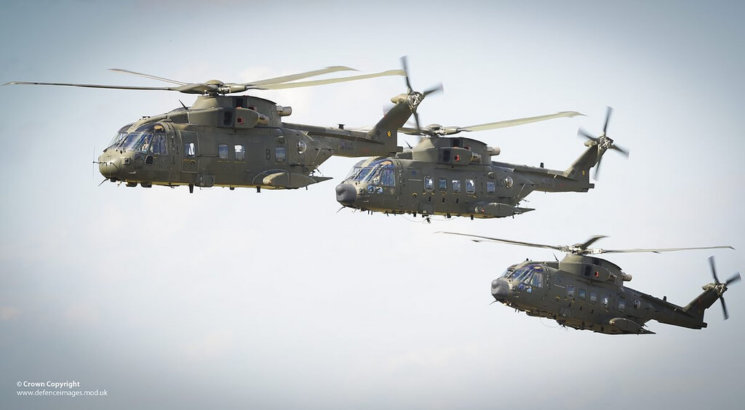 Last Thursday was ‘Security’ day in the government’s push to build support for the its Withdrawal Agreement. Ben Wallace, Minister for Security and Economic Crime, delivered a speech to an industry and practitioner audience at the International Security Expo.

Mr Wallace’s speech was primarily on the ‘internal’ or cross-border aspects of security, with a predominant focus on policing and criminal justice. The Minister stressed the ‘lasting harm’ to both sides that would come about if Brexit proceeded without the Withdrawal Agreement.

However, anticipating a push on the security agenda, The Sun published a high profile letter, with signatories including the former head of MI6 Sir Richard Dearlove and the Falklands veteran Major General Julian Thompson.

The speech and the letter demonstrate how security and defence policy issues have the capacity to drive emotional commentary, but also how different aspects of the current and future EU-UK security relationship are conflated.

The legal and institutional basis for the EU’s policing, judicial and criminal justice cooperation are significantly different from the foreign policy, security and defence policy cooperation.

However, because of the emergence of ‘non-traditional’ cross-border security threats, such a terrorism, there is an operational and organisational response which straddles different institutions and agencies involved in policing, security and defence.

During the Brexit negotiations both the UK and the EU have pledged to maintain a close security partnership. But underlying this commitment there are significant problems which arise (especially in the areas of policing and judicial cooperation) if the UK is a third country outside the EU’s legal and institutional order.

Put simply, the more that law enforcement and justice systems are involved in cross border cooperation the more complicated the relationship (especially as it involves the exchange of information on the activities of citizens).

In the area of Justice and Home Affairs, that covers policing and judicial cooperation (and which encompass internal security issues), the UK will preserve its existing participation in policies but be outside key decision-making institutions.

Foreign policy, security and defence arrangements have a different legal bases and different institutional arrangements. However, as The Sun story illustrates the details of the EU-UK relationship during the transition period generate considerable heat.

Under the terms of the Withdrawal Agreement, from the start of transition the UK will be outside the foreign policy, security and defence policy decision-making and operational planning bodies. Any British contribution to any of the EU’s operations under its Common Security and Defence Policy (CSDP) will be subject to the rules that apply to third countries.

But under the terms of Article 129 of the Withdrawal Agreement the UK will also be bound by the commitments that the 27 EU member states make on Common Foreign and Security Policy (CFSP) and the CSDP which becomes applicable during the transition period.

The UK can apply for an opt out of individual decisions on an exceptional basis, but compliance is taken as the norm. The UK will also be bound by obligations stemming from the international agreements concluded by the EU during the transition period, and its representatives will not participate in the work of any bodies set up by international agreements concluded by the EU.

The UK is also required to refrain from any action or initiative ‘which is likely to be prejudicial to the Union’s interests, in particular in the framework of any international organisation, agency, conference or forum’ of which the UK is a party in its own right.

As a non-member state the UK will be outside the moves by the EU to make progress on a Defence Union during the transition period.

The planned European Defence Fund (EDF), allowing for co-financing from the EU budget for the member states’ joint development and acquisition of defence equipment and technology, will exclude the UK.

And the UK will be outside a programme to coordinate member state defence spending plans through the Coordinated Annual Review on Defence (CARD), and to deepen defence cooperation through the intergovernmental agreement between 25 member states on permanent structured cooperation (PESCO) with the purpose of creating shared capabilities.

For the UK, during the transition period, any involvement in PESCO would only be on the terms of any other third party (and these are still to be decided). The UK will be excluded from the Galileo satellite programme committees and expert groups from the transition phase onwards.

The duration of the transition could, however be shorter in the field of foreign, security and defence policy. There is an exception from the general transition period arrangements in that if the EU and the UK reach an agreement in these areas before the end of the period, then London will no longer have to comply with the provisions of the European treaties on the CFSP and the CSDP and the rules set out in any new agreement will apply.

The concept of ‘swift negotiations’, however, is still a relative one for an institution of 27 members, like the EU. There is absolutely no guarantee that a new foreign policy, security and defence agreement will enter into force before the end of the transition period.

As for the specifics of the future security relationship between Brussels and London, the EU has yet to explain the form this will take compared to the other third countries.  The Political Declaration is rhetorically ambitious in the desire for a close partnership.

But it is also unambiguous in that, unless the EU radical alters its position, the UK will be a third country without any special privileges or direct access to EU decision-making post-transition.