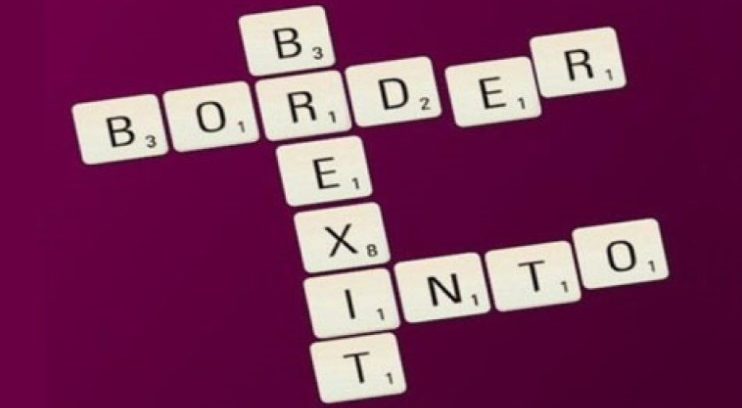 The interim findings of a project on the impact and consequences of Brexit for citizens in the Central Border Region of Ireland/Northern Ireland are published today.

These are the results of an online survey with 475 respondents from both sides of the border.

The research is conducted by Queen’s University Belfast in collaboration with the Irish Central Border Area Network – a cross-border partnership of eight local authorities from the region.

The Border Into Brexit online survey shows rising anxieties about a hard border and a No Deal Brexit is having tangible effects in the decisions and actions of people living in the border region.

The vast majority of respondents (over 80%) report that they consider a hard border to have become more likely in the past year.

The primary reason given for this is the stance and language of Prime Minister Boris Johnson’s government towards a hard Brexit with the threat of No Deal as a credible outcome.

Respondents are also strongly critical of the lack of political leadership from Stormont during this period.

The majority of respondents fear that the reality of Brexit across all aspects of life in the border region – from peace to prosperity – are still not properly appreciated by those making decisions about the UK’s withdrawal from the EU.

Those respondents who are less concerned about the risk of a hard border tend to emphasise the fact that no party wishes to see such a hard border and are confident that it is inconceivable given how much the openness of the border is valued by the UK and Ireland.

Mr. Shane Campbell, Chief Executive of ICBAN said: “While there is a great degree of focus on the Irish border in the current Brexit negotiations, the Management Board of ICBAN identified that there has been an absence of local community consultation on both sides of the border. The input of ICBAN has been to lead on an initiative to listen to and record the voices of local people across the Central Border Region at this critical time.”

He added: “ICBAN respects the differing political opinions within our Board, our member Councils and communities on the subject of Brexit, and thus have been careful to ensure that this is a non-political and non-partisan initiative. What the report shows is how concerned people and businesses in the area are at this time. It is to be hoped that those involved in discussions and negotiation will be mindful of the concerns of residents in this border region and will ensure that a positive outcome and arrangement can be reached.”

The study is being conducted by Dr Katy Hayward and Dr Milena Komarova in Queen’s University Belfast. Dr Komarova commented: “We see in the responses to this survey – from people of all ages on both sides of the border – the normality of a cross-border dimension to people’s everyday lives in the border region. This means that the potential impact of Brexit is seen to stretch across people’s daily experience and into their future plans.”

She added, “The responses also demonstrate the personal and emotional reactions that so many have to the prospect of a hard border.”

Dr Hayward noted “What is most striking from this study – which is the third round of such a survey in this region – is that fears of a return to violence are more prominent than ever. So we can see in real-time the potential unravelling of the trust and normalisation that has been so crucial to the building and embedding of peace in this region, which was so negatively affected by the impact of conflict for so long.”

This report is a follow-up to the Bordering on Brexit report which was published in November 2017, and which found that people in the Central Border Region felt uninformed about Brexit, unrepresented in the process, and had deep fears about the consequences of it.

The second report, Brexit at the Border, published in June 2018, showed that Leave and Remain voters in the region share a common priority for the border to remain as ‘seamless’ and ‘frictionless’ as it is today.

One question in the survey asked respondents what message they wish to give the UK and EU27 as they approach the European Council summit this week.