Swamped by facts, voters are still going into the EU referendum with an information deficit 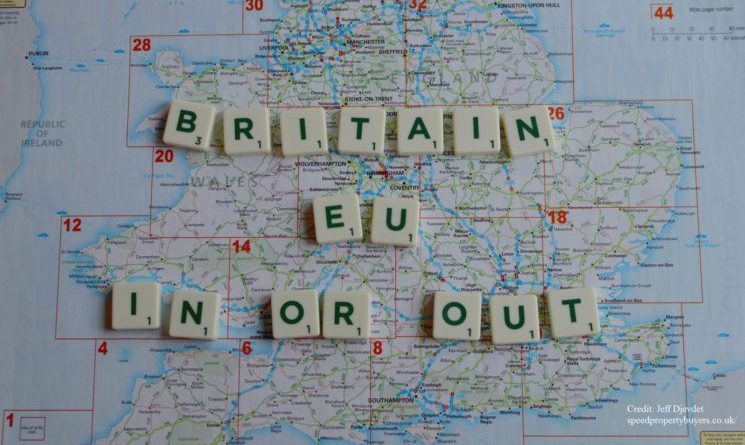 The campaign for the forthcoming referendum on whether the UK should remain in the EU is now in full swing. Alongside the furious fact-slinging, voters have already witnessed moments of personal invective, with partisans on both sides considering that the end justifies the means.

But the best, often rarer feature, of referendums is the ability to expand public knowledge and bring new groups or issues into the public sphere. There were great hopes that politics could benefit from putting Europe into the heart of the national conversation. Even London’s former mayor Boris Johnson, speaking in 2014, argued that a referendum would allow Britons to focus not on “the feud – so toxic, so delicious, so gloriously fratricidal – but on what is actually right for the country.”

Studies show that British citizens are among the least informed in Europe about how the EU works. This information deficit reflects the complexity of Brussels policy-making as well as the tendentious way many Eurosceptic media outlets report the EU.

The referendum campaign itself has hardly captured the imagination – one poll showedthat 29% of Britons don’t even know which side UKIP leader Nigel Farage is on.

A defining feature of this referendum is the near-daily skirmishes over which side’s estimates about jobs or growth are accurate. In March, the bone of contention was the Treasury’s report on Brexit, which as commentators pointed out used a figure of costs per household not per capita, making for a bigger and scarier figure.

It’s a similar story this month with immigration, as shown by the furore over EU migration figures that the Office of National Statistics was accused of hiding by focusing on those staying for more than 12 months.

Yet one lesson from the initial period of campaigning is that the dominant focus rests on personalities and public spats, typified by the outbursts of Johnson.

In reality, it was probably naive to think that the campaign could avoid becoming personal. The cabinet was always likely to be split: it was merely a question of who and how many would rebel against the prime minister’s renegotiation. By taking personal charge of the negotiations with the EU, David Cameron became the lightning rod for eurosceptic dissatisfaction.

There is also an inevitable contradiction between Cameron’s flirtation with hard euroscepticism prior to renegotiation and his transformation into a passionate EU supporter following the deal reached in February 2016. The anti-Cameron momentum within the Brexit camp is further fuelled by the ambivalence of Labour leader Jeremy Corbyn. Unlike the 1975 referendum on remaining in the European Economic Community, today it is not the case that both main parties have leaders equally committed to remaining.

The net result is that the debate being played out before British voters is what comedian Stewart Lee describes as a “cynical battle of big beasts, not beliefs”.

There is a very real danger that the referendum is not enhancing citizens’ understanding of the costs and constraints of EU membership. This is not just because of the ideologically biased interpretations doing the rounds. There is also a lazy, elite attitude of disdaining opposition to the EU, as if criticisms of it are only the product of wilful ignorance. Symptomatic of this attitude is the resort to expressions such as “wanting an outward-facing Britain” by the remain camp, implying they have a monopoly on defining internationalism.

In the final weeks of the campaign, politicians will no doubt ratchet up the rhetoric, lapped up by the media to help fuel their narrative of personal rivalry and party splits. So it is essential that there be a counterbalance – a shift in the debate from a deluge of facts and forecasts to one that picks apart the guiding principles of European integration.

In addition to the ESRC’s UK in a Changing Europe project – which is funding a free, massive open online course on the referendum that I am part of to make sense of the issues surrounding this crucial vote – there are a number of websites and news organisationsproviding superb fact-checking resources, including The Conversation.

But countering misinformation only goes so far. If this referendum is to have a positive legacy, campaigners on both sides need to help voters understand the linkages and trade-offs inherent in allowing the UK to trade globally or regulate migration. Whether inside or outside the EU, all voters can benefit from knowing more about how international politics works in the 21st century.

This piece was written by Dr Andrew Glencross, Lecturer in Politics, University of Stirling. Originally featured in The Conversation