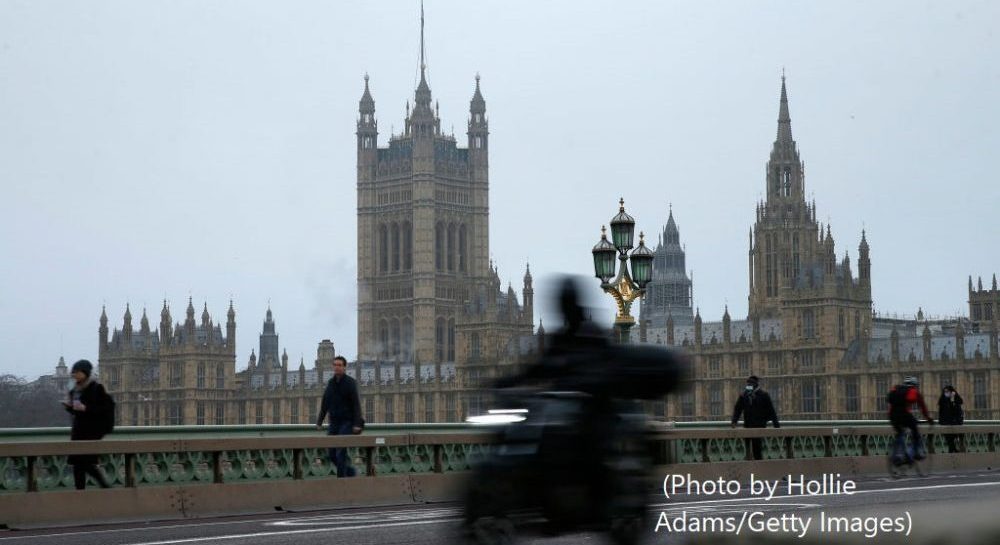 Since 2016, Brexit has pitted Parliament against the Executive, the devolved governments against Westminster, direct democracy against representative democracy, and the Royal Prerogative against the courts.

It has triggered the unlawful suspension of Parliament, an unprecedented intervention by the judiciary, and the denunciation of MPs and judges as ‘traitors’, ‘saboteurs’ and ‘enemies of the people’.

Brexit posed a challenge to Britain’s constitutional arrangements for which there was no obvious precedent. The combined results of the 2016 referendum and the General Election held a year later meant that, from 2017 to 2019, governments were operating under an instruction from outside Parliament which they did not have the majority inside Parliament to deliver.

Moreover, the referendum said nothing about the form that Brexit should take. That opened up very serious questions on which there was no instruction from the electorate.

Should Britain stay in the Single Market and/or the Customs Union? What arrangements should be made for the Irish border? What forms of co-operation might continue, in areas such as policing and security?

In the absence of an instruction from the electorate, and with no coherent majority in Parliament, the opposing camps invoked rival sources of democratic authority: the referendum (or their interpretation thereof); the will of the (Scottish) people; the wishes of constituents or party members; opinion polling; or the demand for a ‘People’s Vote’.

That made it possible to proclaim one’s faith in democracy, while simultaneously arguing that Parliament should be suspended, that Government should break the law, or that a second referendum should be held to supersede the first.

Parliament, in particular, has sustained lasting damage. The myth that a ‘Remainer Parliament’ ‘blocked Brexit’ is precisely that: a fiction, constructed for a didactic purpose.

Whenever MPs were asked to vote on the principle of Brexit — for example, on triggering Article 50 or repealing the European Communities Act — they did so by much larger majorities than the referendum result. It was the form of Brexit that proved contentious, and here Leavers proved as obstructive as Remainers.

Every specific version of Brexit commanded less support than Brexit in the abstract. The result was a democratic mandate for leaving, but not for any of the specific doors through which the UK might have departed.

The effect of all this has been to erode the legitimacy and confidence of Parliament; accelerate the transfer of legislative powers from Parliament to the Executive; and increase the determination of ministers to weaken other limitations on their power — whether the courts, the devolved parliaments or ethical constraints like the Ministerial Code.

The Conservative Manifesto in 2019 blamed Parliament for ‘thwarting the democratic decision of the British people’, ignoring its own leader’s role in twice voting against a Withdrawal Agreement.

On winning a majority, Johnson congratulated the new House on being ‘more democratic’ than its predecessor.

Parliament, it appeared, was no longer the arbiter of democratic legitimacy. It would now be considered democratic only insofar as it conformed with Johnson’s vision of what ‘the people’ wanted.

Since the election, the government has continued to lock Parliament out of decision-making. The Withdrawal Agreement Bill was rewritten to remove the requirement for a parliamentary vote on any future trading relationship with the EU.

Brexit legislation has involved the use, on a ‘breath-taking’ scale, of ‘Henry VIII clauses’ and Statutory Instruments, vesting sweeping legislative powers in the hands of ministers. During the Covid-19 emergency, new criminal offences have been created and restrictions imposed largely by ministerial decree.

The decision to shut down the hybrid Parliament and to forbid electronic voting, at a time when hundreds of MPs are unable to attend in person, has further weakened Parliament against the Executive.

If this is to be reversed, MPs will need to reassert themselves. In particular, they will need to push back against a populist, authoritarian vision of democracy, in which ‘the will of the people’ is singular and dissent is democratically illegitimate.

The first priority should be to demand proper democratic scrutiny over secondary legislation, so that ministers cannot simply make law by fiat.

If the purpose of Brexit was to ‘take back control’ of law-making — to ensure that the laws by which we are governed are democratically accountable to the people who must obey them — then the powers that are being repatriated from the EU should not simply be ceded to ministers and officials, in the absence of public scrutiny or debate.

Proper parliamentary oversight might also ease tensions with the courts, by leaving less of the work of scrutiny to judicial review.

On the same principle, Parliament should take back control of its timetable and procedures. If Parliament is to be truly ‘sovereign’, it should not be in the power of the Executive to switch off electronic voting, impose committee chairs or decide when or whether Opposition Days are scheduled.

In the longer term, we should think more carefully about how to use the referendum, so that it works with the grain of parliamentary democracy, rather than acting as a battering-ram against it.

The referendum is now an established part of British political practice, yet we have generated no rules or conventions on how or when referendums should be deployed.

In future, they should be used less for abstract questions of principle — which parliamentarians must then beat into a specific proposition — and more to approve precise legislative changes.

Finally, Parliament itself must recognise the extent of democratic disengagement exposed by the referendum. Many voters felt that the Brexit referendum was the first time in years that their voices had been heard at Westminster.

If MPs wish to avoid such ruptures in future, they should urgently consider ways of bringing Parliament into a closer relationship with the electorate.

Failure to do so risks more dangerous assaults in years to come, not just on Parliament, but on the claim of any institution to democratic legitimacy.

By Dr Robert Saunders, Reader in Modern History at Queen Mary, University of London. This piece was taken from the Brexit and Beyond:politics report.