Taking back control comes with strings attached for UK services 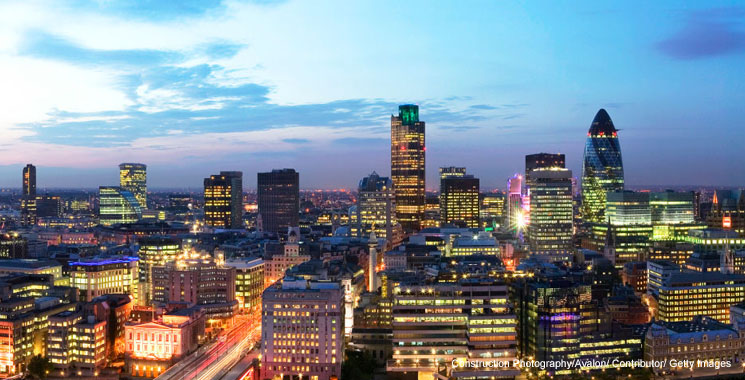 The UK is predominately a services economy. Services – as opposed to manufacturing, or agriculture – contributed around 80% to the economy in 2019 and before the Covid-19 pandemic hit, over 30 million jobs were in the service sector.

And yet, as UK-EU trade negotiations recommence this week, it is notable that neither the May nor Johnson governments have given the same attention to services as they have to manufacturing.

This comes despite the UK’s central role in facilitating enhanced trade in services within the EU, and the UK’s strength in service exports, particularly to EU member states.

At one level, the focus on goods reflects public concerns about the potential economic disruption of Brexit.

Put simply, voters may be, for very understandable reasons, more concerned about supply chain disruption to food and medicines, than the potential relocation of bankers from London to Paris or Frankfurt.

However, the comparative neglect of services runs deeper than this. As our report, Services and Brexit shows, the issues for the services sector in the current UK-EU negotiations are different to those of goods.

They raise fundamental questions about the potential economic price the government is willing to pay, through decreased single market access, to ‘take back control’ over the rules and regulations shaping the services sector.

The size and shape of UK services reflects the greater support for cross border trade in services facilitated by the EU’s single market compared to other free trade agreements.

The EU accounts for around 40% of UK services exports and six of the most important international markets for UK services are in the EU: Germany, France, the Netherlands, Ireland, Italy and Spain.

UK-EU services trade is underpinned by what is termed regulatory alignment between the two parties. This means that standards of service delivery, ranging from who is authorised to provide legal services to the rules governing financial markets are harmonised between the EU and the UK.

For places like the City of London, this gives access to the EU’s single market for exports. Other parts of the services sector, such as hospitality and health, depend heavily on EU migrant labour facilitated through freedom of movement within the single market.

The UK’s single market membership will cease at the end of the transition period, currently scheduled for 31 December 2020.

The draft text of the deal sought by the UK shows that the UK is seeking access to EU markets to services after this date that in some areas is greater than is typical in other trade deals the EU has with countries such as Canada and Japan.

For example, the UK wants to make it easier for professionals like architects and lawyers to deliver services to EU markets and to include the film and television industry in the agreement. Neither of these proposals are typical of existing trade deals.

There is no guarantee that such a deal can be achieved, particularly in the short remaining negotiating time.

The EU is clear that conditions would be imposed on any enhanced single market access for the UK in order to remove the risk it perceives of regulatory competition from the UK.

Without a trade deal, UK companies would face significant new barriers to doing business in the EU – from having too few HGV permits, to losing passporting rights for financial services firms based in the UK.

UK film and TV producers would find it harder to sell their programming to the EU and performing artists would face additional costs to touring in the EU.

And even if an agreement is reached, the difference between the deal being sought and a no-deal outcome is more limited for services than it is for goods.

Access to EU markets for UK services will necessarily be reduced and more precarious with or without a deal.

The government regards regulatory autonomy as central to its plans to open up new global markets for UK services. Quite what those might look like we do not yet know.

The changes brought about by Brexit for the UK’s services will affect a sector already reeling from the unprecedented impacts of the Covid-19 enforced economic shutdown.

Some service industries have shown themselves to be more crucial than ever in keeping the economy going; some have been able to migrate to virtual working; others have ceased trading completely.

Given the UK’s reliance on services, the government faces a key question in the current negotiations: what economic price in terms of declining single market access is it willing to pay to ‘take back control’ on services regulation?

How this question is answered will be critical in shaping UK services after Covid-19 and after Brexit.

By Professor Sarah Hall, senior fellow at the UK in a Changing Europe. This piece was originally published by the Telegraph. Read our Services and Brexit report here.