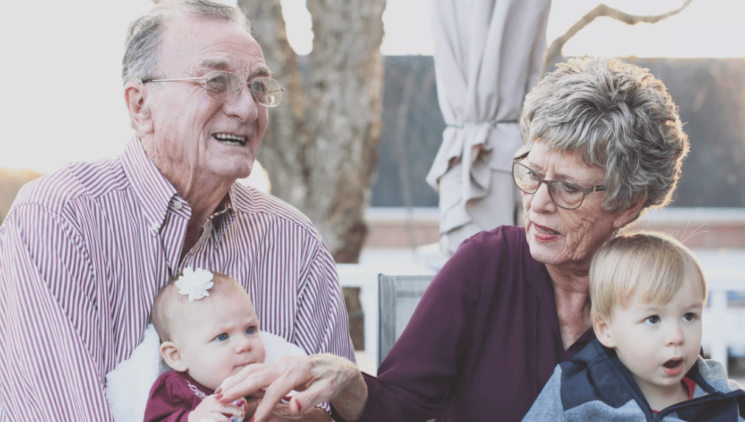 The idea that Britain is now a nation divided over Brexit has characterised much media coverage since the referendum result was announced. Whilst I do not seek to deny the strength of feeling that Brexit has provoked in many, to speak generally of divisions obscures the everyday work being undertaken behind closed doors to avoid family rifts over Brexit.

Of course, many members of the 52% and the 48% belong to the same family, but we do not know if and how these divisions are being experienced in people’s personal relationships – in homes across Britain where some of the most often discussed divisions, such as those between so-called ‘millenials’ and ‘baby boomers’, may be most keenly felt.

In order to explore the everyday impact of Brexit on family relationships I conducted a series of qualitative interviews with 31 people in a variety of locations in the north of England between February 2017 and March 2019. Participants included those who voted to leave and remain, some who had changed their minds since the referendum, some who still felt undecided and some who had not voted at all.

Many of the participants had family members who had voted differently to them and most had experienced at least some form of difference of opinion, whether that be about the Brexit vote itself or some element of its aftermath. What is striking about the stories I heard is that participants were not experiencing deep and lasting divisions in their personal relationships over these differences.

In fact, I found that, despite a variety of reasons for talking politics, people expended effort into not falling out with their family over Brexit.

Kate is a 64-year-old white woman who worked as a secretary until her retirement and voted Leave. During her interview Kate spoke about a disagreement over Brexit which broke out at a family dinner party. Kate wished that the subject had not been raised, stating: ‘I would now, on reflection, say what people want to hear.’ Later she added, ‘I do not like any sort of big confrontation about it all. It’s happened, it’s gone, you can’t change it.’

It would be easy to presume that Kate’s avoidance of political talk is a reflection of a lack of interest in politics but this is not so. Kate is very interested in politics and kept up-to-date with developments in Brexit politics. In fact, her silence about politics is born out of a wish to avoid the potential for conflict that may spoil an opportunity to talk about other things with, and enjoy the company of, her loved ones.

Many other participants in the study spoke of ‘biting their tongue’ in conversations to avoid the same thing. The avoidance of political debate in this way takes effort and skill; Kate will have to draw upon her tacit understandings of others’ political orientations in order to ‘say what people want to hear’ and the idea of biting one’s tongue evokes the pain that can be caused by withholding opinions.

Brian is a 67-year-old white retired civil servant who also voted Leave, whilst his youngest son, Josh, voted Remain. Brian often discussed Brexit with Josh and felt defensive about his position on Brexit because of what he described as ‘scathing, sweeping statements’ in the media deriding leave voters:

‘I felt a bit defensive and I felt the need to try and explain …that when we voted for Brexit it wasn’t any kind of kneejerk reaction…I had to be so careful because it’s very easy for us to say, ‘listen, we’re 67 and…we literally have a lifetime of experience of seeing the comings and goings of various political parties.’

It is clear that Brian talked about politics because he loves his son and wants to secure his good opinion. A great amount of thought was put into these interactions, from being careful to avoid alienating Josh through drawing upon Brian’s perceived greater generational experience, to choosing the right time and place to broach the subject.

Talking politics to educate and be educated

Cynthia is a 58-year-old white woman who is a retired police officer. Cynthia was unsure how to vote in the referendum and, after seeking advice from her children, decided to vote Remain because it was ‘what they wanted’. In the general election that followed however, Cynthia said she felt sure that Theresa May, ‘needed a very strong government to go through Brexit with a bit of clout’.

Despite the unpopularity of this opinion, Cynthia continued trying to urge her family to vote for the Conservatives because of her conviction that her views were correct. The theme of talking politics only when in possession of adequate knowledge arose in many interviews and is indicative of the reflexivity employed by participants when contemplating if they should talk politics and with whom.

In addition to assessing her own knowledge, Cynthia also had to deduce the knowledge of others so she could decide whose opinion to seek. This sort of political talk was carried out in WhatsApp groups and over email as well as face-to-face and often involved the sharing of web links as well as the verbal relaying of information.

These examples have indicated that, contrary to the overriding narrative of divided Britain, people are working hard to avoid divisions within their families over Brexit. This does not downplay the fact that some participants had been very upset by the opinions of others in their family, particularly those participants who had themselves migrated to the UK from EU countries.

Rather, we see the skilled work that is expended in keeping the peace, requiring the ability to understand others in order to make the right decisions about when, where and how to talk politics as well as when to remain silent. The fact that these participants had not argued irrevocably about politics is testament to the tenacity of their family relationships.

By Dr Katherine Davies, Senior Lecturer in Sociology at the University of Sheffield. All the names of those interviewed have been changed.