Technocracy vs democracy in the UK and EU: Cameron at Bloomberg and May at Mansion House 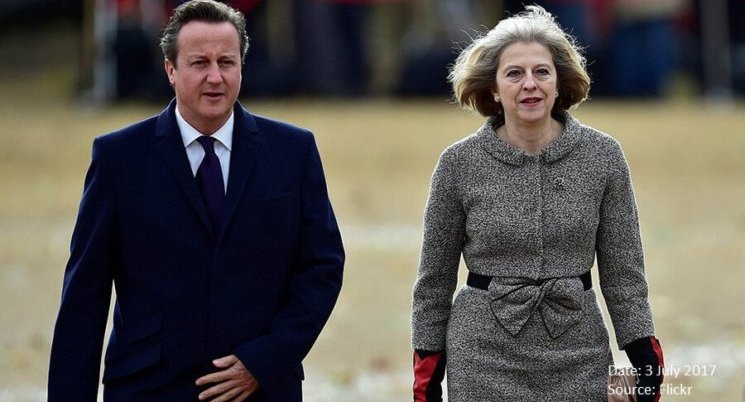 Five years ago last Tuesday, David Cameron delivered his Bloomberg address announcing a referendum on the UK’s membership of the European Union. Re-reading this speech, alongside Theresa May’s 2016 Mansion House address, one becomes keenly aware of the weak rhetoric of these technocratic leaders.

In the face of the political forces unleashed by the 2008 financial crisis, UK and European elites have floundered. In the UK today, the EU is a far distant entity, compared to the pressing domestic problems of declining wages and public service quality. The voters have ceased to believe in technocrats, whose bewilderment at current events has undermined their key claim to rule: competence.

Political rhetoric is how politicians negotiate distance from others in regard to shared problems, marking out their own diagnoses and solutions. Both Cameron and May were faced with the twin problems of managing the increasing gulf between the UK and the EU, and that between the political class and a dissatisfied citizenry.

First, Cameron’s Bloomberg address was an exercise in managing these troublesome relations. He trod carefully, reflecting Conservative sentiment in regard to the EU. He pointed out that the distance between the UK and the EU was large and that it should not be reduced any further; the ‘ever closer union’ should not include the UK. A vote to remain, therefore, would be a vote to be even more distant.

He did this so carefully, however, that he could only bring himself to take the weakest possible position leading up to the vote, a plea for time: “How can we sensibly answer the question ‘in or out’ without being able to answer the most basic question: ‘what is it exactly that we are choosing to be in or out of?’”

In place of shared pathos, he resorted to a laundry list of abstract concepts for reform of the EU. He would demand changes according to five principles: competitiveness, flexibility, power for nation-states, democratic accountability, and fairness for non-Eurozone countries. Could these be any more uninspiring for an audience already agitated by a desire for change? It all sounded like an argument for Leave, not Remain.

In raising the question of the size of the EU bureaucracy, of its inflexibility and centralised, undemocratic power, he ended up implying the opposite answer: that these were intractable problems and the EU was best left behind. Even the Remain audience knew this to be far-fetched, given that its bureaucracy is designed to provide plentiful jobs for European technocratic elites.

Cameron was setting the scene for a stage-managed trip to Brussels to secure reforms which he claimed would solve all these problems and prove Britain’s influence. But his successes were small and mostly cosmetic, merely demonstrating his own limited power and verifying his own criticisms of European institutions. He looked simultaneously ineffectual and like yet another politician trying to put one over the people.

Even when appealing to pathos and searching for a way to assert commonality via shared emotions with our EU neighbours, he couldn’t stick to the script. He undermined his own narrative about an EU-led post-war peace by declaring the question of war solved. Instead, the purpose of the EU today “is not to win peace, but to secure prosperity”. To most working class British citizens, this was not something the EU had done for them.

Compare this with Nigel Farage’s rousing 2010 ‘Who are you?’ speech, a lively evisceration of Herman van Rompuy, the President of the European Council. Decried for his populist tactics, his critics forget that emotional rhetoric only works when it taps into the real emotions of the audience. And Farage certainly asked the right question, exposing the impersonal, distant, EU technocratic elite, along with the undemocratic processes that put them there. He spoke with passion in favour of democracy.

After the referendum, upon her elevation to Prime Minister, May tried to respond to Cameron’s limitations, aiming to bridge the divide between herself and the citizenry. She had already outlined ‘hard’’ Brexit by the time of her Mansion House address. Her task was to square the circle between elite-led global capitalism and the pursuit of public interests.

May confirmed the “downsides” of globalisation for “those on modest to low incomes living in rich countries like our own – [who] see their jobs being outsourced and wages undercut. They see their communities changing around them and don’t remember agreeing to that change”. She recognised the distance between these citizens and the “new global elite who sometimes seem to play by a different set of rules and whose lives are far removed from their everyday existence”.

But just like Cameron, her main pitch was to defend globalisation and free markets. Delivered at a symbol of British capitalism, she said that Britain outside EU constraints would become even more global, a beacon for free trade: “at this moment of change, we must respond with calm, determined, global leadership to shape a new era of globalisation that genuinely works for all”.

She, by her personal qualities, would achieve this by “true” leadership, acting to seize opportunity in comparison to those who stood “inflexibly” – by which, we presume, she meant Cameron.

Her argument for strong leadership as a magical remedy subsequently collapsed under the scrutiny of an election campaign, her lack of charisma cruelly exposed by her rival, Corbyn, a man quite comfortable being among ordinary voters. Her ‘strong and stable’ leadership pitch at the election transformed from key message to satire within a few weeks of exposure to the voters.

More generally, the scope of European leaders to influence political events seems ever more diminished. Technocrats are unable to do politics well, their rhetoric unmoving and ringing hollow with their audiences. If UK politicians really want to reduce the distance between themselves and the public, then incorporating the public in the practice of democracy might get them to start listening.

By Nick Turnbull, lecturer in Politics, University of Manchester.