Territorial politics, identities and the constitution: setting Brexit in perspective 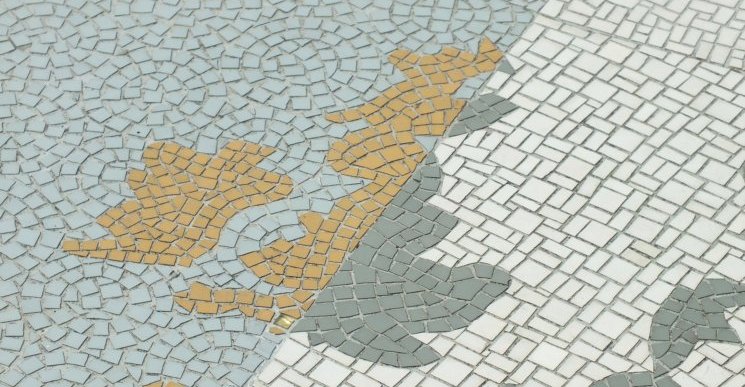 As we try to make sense of the twists and turns of Brexit politics, Westminster can seem like Alice’s Wonderland. The mad riddle of Brexit, in its latest immediate version, is the obsessive concern for MPs and much of the media.

In radically uncertain and unsettled times, an academic perspective – stepping back and trying to frame the current drama in the longer-term – could add something different to the debate.

Brexit processes have already reshaped territorial politics in the UK and changed its territorial constitution. Their dynamics deepen these territorial challenges. Equally they also have deep roots, which certainly predate Brexit.

As well as running through the institutions and practices of UK territorial governance, EU membership has provided a kind of external support, a scaffold for the UK. Even contemplating the removal of that scaffold has changed the way the UK is viewed.

While no particular outcome is inevitable, we should try to think through the tensions that run through the territorial constitution.

At its most dramatic, the UK may cease to exist – at least in its current territorial form. The Westminster Government’s commitment to protecting ‘our precious Union’ has to be set alongside its long-term position that the UK has no ‘selfish interest’ in keeping Northern Ireland (NI) in the Union.

While demography need not define political destiny, demographic change is set to generate a Catholic-background majority in NI. Brexit has also increased discussion of unification in the Irish Republic (which would also need to agree to it) and changed its tone.

Brexit might make life more challenging for any future independent Scotland. Equally, Brexit politics and legislation has dramatized and deepened differences in how the territorial constitution is seen from Holyrood and Westminster.

Scotland’s distinctive Remain majority did not generate an immediate fillip for independence. Equally, Brexit has not produced a politics of rapprochement, either between Leavers and Remainers or across UK territorial politics.

UK devolution has sought to compartmentalize powers – each level of government having its own areas of ‘sole rule’. It has never a developed clear and robust framework for powers that are ‘shared’.

Relationships between London and the devolved governments are at best weakly institutionalized. Brexit has placed the mundane routines of intergovernmental relations (IGR) under further strain.

Some new relationships have developed under its pressure. The larger story is of the basic fragility of UK IGR.

Basic differences of identity underpin diverse responses to Brexit. They also shape distinct visions of the constitution and approaches to IGR.

The BBC Mark Easton’s large 2018 survey showed that national identities are strong – and multiple – across Britain.

Viewed the other way round, few people anywhere in Britain feel ‘not at all’ British. The same is true for Englishness and Scottishness, although fully 1 in 4 people in Wales do not feel at all Welsh.

Shared labels may mask sharp differences.  What might appear to be the same national identity seems to work in different ways in different places.

Research (available without paywall here) by the Future of England Survey team shows that people in England who gave priority to English identity were more likely to vote for Brexit in 2016.

Conversely, the ‘British’ tended to back Remain in England – but Leave in Scotland. Leave voters in Northern Ireland were almost certain to identify as British.

Brexit is not necessarily best viewed as an English project. Its symbols (the Union Flag) and language (the word Brexit itself) invoke Britain.  In ‘How Brexit was Made in England’ we wrote that academic analysis too often oversimplify, the ‘complexities of a state with four component parts … into ‘British politics’’.

The same is true of public debate. We bracket out NI, treat Scotland and Wales special interests and hide England within Britain or the UK.

People take different views about Brexit as an ultimate objective. But as Brexit processes become ‘curiouser and curiouser’ they seem set to explode the comfortable myth of ‘the UK as a fictive country: Anglo-Britain’.

Politicians and commentators who face up to the complex multi-national realities of the UK will serve us all best in the long term.

By Professor Daniel Wincott, research coordinator at The UK in a Changing Europe.