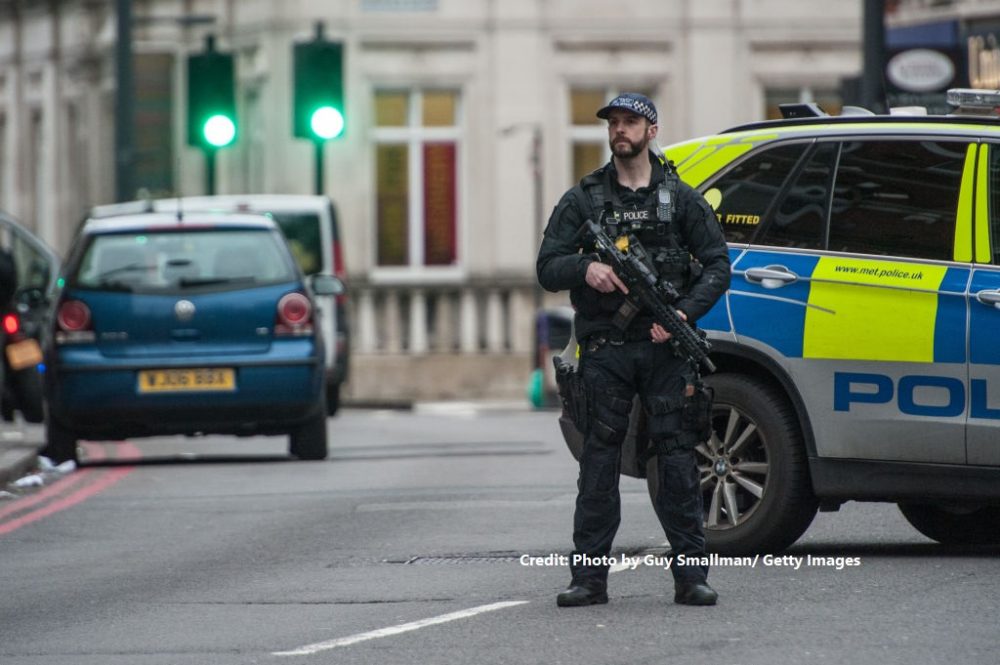 The unexpected outcome of the 2016 EU referendum caught many scholars by surprise and spurred a growing academic literature on the ‘roots of Brexit’. Previous studies have shown that important factors such as education, unemployment, income and social status, played an important role in determining the share of votes for either Leave or Remain. Yet, issues of security and safety, in particular people’s attitudes and reactions to terrorism were absent.

Our recent study, published in the British Journal of Political Science, contends that the determinants of the referendum results should be also evaluated against the backdrop of wider public security concerns.

The UK has been battling terrorism within its borders for many years, from the Irish Republican Army (IRA) to Jihadi-inspired groups. In 2017 alone, terrorist attacks such as those at Westminster Bridge, the Manchester Arena and London Bridge killed a total of 36 people.

Not surprisingly, a recent YouGov poll shows that terrorism is regarded as a top concern by the British public, more than in any other European country.

At the same time, far-right extremism is on the rise, and in 2019, ‘extreme right-wing terrorism’ was added to official threat-level warnings.

As the threat that terrorism poses to the country is unlikely to disappear in the near future, it is important to gain a better understanding of how exactly exposure to terrorism can trigger public responses, and in turn contribute to shaping political behaviour.

Terrorist attacks, particularly those more emblematic and sensationalist, trigger a variety of negative emotions such as fear and prejudice; yet they can also heighten solidarity and encourage a sense of belonging.

Given these two effects going into opposite directions, translating terrorism to political behaviour is not straightforward.

In terms of Brexit vote, one might expect two dynamics at play. On the one hand, terrorist incidents lead to an increase in patriotic feelings and nationalism, but also anti-foreigner sentiments and support for more restrictive immigration policies.

Political leaders, in particular, link the issue of terrorism to migration. Thus, one should expect more support for Leave in locations near to terrorist attacks.

On the other hand, terrorist attacks may reveal national security vulnerabilities and increase awareness of the additional security risks of leaving the EU or make citizens more open to EU-wide solutions.

At the same time, voters often react to threats by holding onto the status quo, in this case remaining in the EU.

Hence, our second competing hypothesis has it that support for Remain is stronger in locations near to terrorist attacks.

To capture exposure to terrorism we use the distance from terrorist attacks. Physical proximity to attacks can amplify the personal sense of vulnerability and heighten the perception of risk in terms of both the probability and the consequences of terrorism.

Physical proximity to attacks can also increase counterfactual thoughts; that is, individuals thinking that ‘they themselves could have suffered from a disaster if the circumstances had been a bit different.’

We used data on 380 local authority districts, and exploited the fact that only 11% of these districts were hit by terrorist attacks since the announcement of the referendum in January 2013.

Overall, our findings provide support for the hypothesis that terrorism increased the share of votes in favour of remaining in the EU, and the result is robust to controlling for all the known socio-economic correlates of the Brexit vote.

In particular, we found that the closer a location was to an attack, the higher was the percentage of the Remain vote.

In our baseline estimate, we showed that two ‘non-attacked’ districts, that differ by 45 kilometres in their proximity to the attacked district, differed by one percentage point in terms of support for Remain.

We also found that the responses to terrorism were much stronger for attacks that were deemed more relevant than others either due to their attention-grabbing nature or their ‘perceived’ potential to be a national security threat.

In particular, we showed that exposure to attacks had a much stronger effect on support for Remain when the perpetrators are members of an out-group or an external military movement, and when the attacks involve deaths.

To shed light on the micro-foundations underlying the terrorism-induced preference for Remain, we used individual-level data from the British Election Study (BES) on attitudes about the EU and public mood towards terrorism salience.

In particular, we exploited information on around 70,000 individuals interviewed in the BES waves that coincided with the following three attacks: the murder of MP Jo Cox (16 June 2016), the Manchester Arena bombing (22 May 2017), the Finsbury Park attack (19 June 2017).

Our individual-level analysis showed that exposure to terrorism displaces attention from other key concerns, such as economic conditions and immigration policies, which were ubiquitous in the debate leading to the referendum.

It also showed that, after a terrorist attack, individuals were more likely to take a more positive stance towards the EU, and to report that the risk of terrorism would be higher if the country leaves the EU.

Overall, our research informs the ongoing policy debates on the factors that affected the Brexit vote, on public opinion in favour of European unification, and on the short- and long-term behavioural and attitudinal consequences of terrorism.

While terrorism raises the salience of security issues and affects overall individual attitudes towards the EU, security considerations were perhaps not given sufficient space in the debate leading up to the referendum.

The UK’s departure from the EU could affect the UK’s existing cooperation with law enforcement and intelligence partners and its full access to well-established data and process systems.

As the threat from terrorism is unlikely to disappear in the near future, and given how much it shapes people’ attitudes and behaviour, we hope that potential risks to counter-terrorism efforts will be taken into account in post-Brexit security policies.