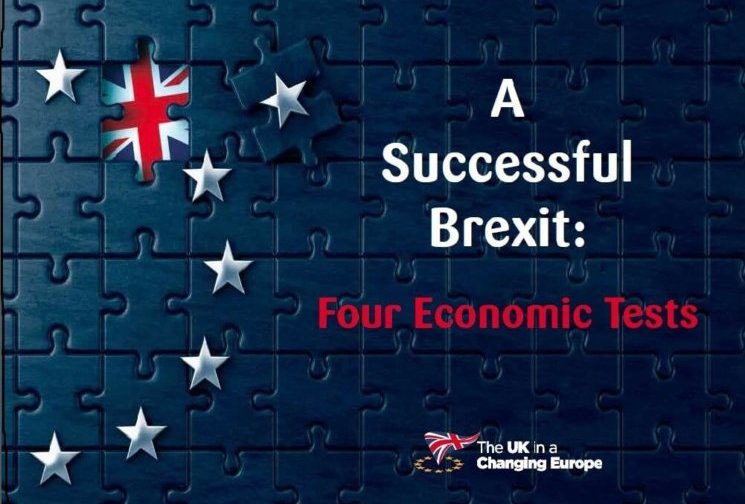 A report setting out a clear, objective and detailed framework for evaluating the economic impact of Brexit has been published by The UK in a Changing Europe today.

A successful Brexit: Four economic tests outlines a framework for judging whether Brexit has been successful. It was launched with a speech by the Chair of the Treasury Committee, Andrew Tyrie MP, in which he set out his thoughts on Brexit and how its success might be judged.

As Parliament prepares to authorise the government to trigger Article 50, the academics argue it is time we went beyond a fixation with process to consider the substantive effect of Brexit. To this end, they have devised a set of four tests to evaluate the impact of Brexit.

They argue that, despite vigorous differences on the role of the EU, both Leave and Remain camps agreed that:

Based on these shared objectives, the four tests pose a number of questions:

For each of these tests, the report sets out how our membership of the EU impacts us today; why Brexit matters; and, in detail, how we might actually seek to measure success.

Professor Anand Menon, director The UK in a Changing Europe, said: “As we start to consider the practical impact of Brexit, there needs to be a clear, evidence-based and, as far as possible, objective mechanism for assessment. What is important is that the credibility of the tests, and the process, are established in the minds of the public at large.

“We are now entering a period when the choices we make, collectively, will determine our future for decades. We all have a stake in making a success of Brexit. But to do that we need to have a shared vision of what success means and these tests lay the groundwork for that objective judgement.”