Thatcher’s revenge? The Tories finally get to go to war over Europe 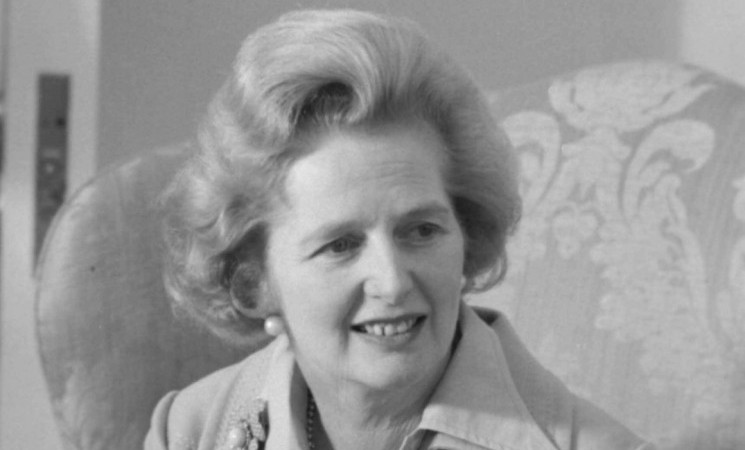 After the announcement from several key figures that they will campaign for the UK to leave the EU despite the government’s formal position to stay in, the Conservative Party is in turmoil.

But this dispute is not about Europe. No matter what David Cameron came back with from Brussels by way of a deal, it would not have been enough for parts of his party. Many Tories have spent 20 years in an existential crisis over the tension between British and Tory identity.

The EU has always been a political and economic union. It is only British PMs who have deluded themselves and their respective parties otherwise. Even those who favour the EU seek to portray it only as an economic partnership.

Thus the Tories reacted with shock when things they perceived to be outside of the remit of Europe were brought onto the table during the 1980s, into the 1990s, and up to modern day.

What is the EU really?

But that wasn’t Europe’s fault. One cannot blame the EU for being what it is. Even if outers across the political spectrum portray political union as some shocking discovery. It isn’t.

This may be an unpopular position, but I would argue that the UK does need to consider whether political union with the EU is actually a bad thing. Those who back Brexit argue that only leaving would deliver certain powers back to the UK. But they are underestimating the powers the UK continues to have even as a member of the EU.

Free movement of labour, for example, is not the same as open borders. The UK has never been part of the Schengen area. The UK has power over social spending – which the Tories have used to introduce sell council houses, tax social housing occupants who have an extra bedroom and force people on disability benefits to endure the humiliation of government assessments of their fitness to work. The UK still has power over the economy (and George Osborne is keen to take credit for an economic miracle!) and it still has the power to govern – as devolution shows.

So what powers do the outers claim not to have? Perhaps the power to abolish the working time directive or to scrap the minimum wage. Some on the furthest right have even posited the idea of reintroducing capital punishment. All this would be impossible for as long as the UK is a member of the EU. Tory outers will cast the European Union as some malevolent distant force, but the reality is that it is holding them back from making some highly detrimental changes.

The Tories are obsessed with Europe largely because they blame it for helping bring down Margaret Thatcher in 1990.

Ever since then, “loyal Tory insiders” have been locked in some bewildering attempt to gain her forgiveness for letting her Cabinet stab her in the back. Part of that job has been to take revenge on Europe.

The post-1992 period under John Major illustrates that psychological pain most clearly, alongside William Hague’s attempts to placate them. Only under David Cameron’s leadership did the issue begin to dissipate (until the Lisbon Treaty brought in changes that some saw as a threat to national sovereignity, such as new rules on voting and vetoes in the EU).

So, what is to be done? The Conservatives have split themselves again right down the middle – and any wounds that may have been healed since 1992 have been torn open once more. It is agonising to watch the Tories go over the same arguments repeatedly.

The key difference now, of course, is the referendum in June. As a means of managing these divisions, Cameron has been striving to keep them in their box. But now they are out of that box. His party members are desperate to show they are the purest form of British Conservative. They will strive to destroy the UK’s relationship with the EU as a monument to their lost leader, Margaret Thatcher.

This piece was written by Andrew Scott Crines, British Politics Lecturer, University of Liverpool and originally featured in The Conversation.