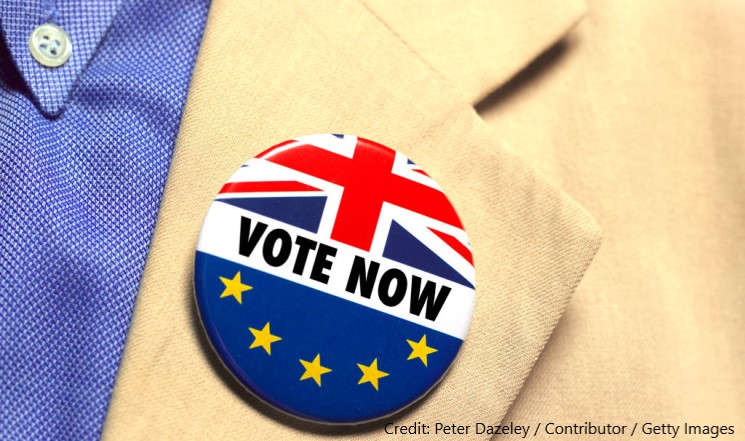 If you had campaigned to leave the European Union for most of your political life, and finally got to the point where a referendum on that very choice was being debated in the House of Commons, what questions might you ask? Would you want to know what might happen if the country voted to Leave? Apparently not.

Today is the fifth anniversary of the second reading debate for the 2015 EU Referendum Bill, which was passed by 544 votes to 53 after a division, following six hours of debate.

It was not much different from any second reading debate in terms of length and content: the main party groups set out their political positions, backbenchers spoke in support of their party’s frontbench line and, even on the government’s side, raised specific concerns they had about the bill.

In between were twelve maiden speeches (partially inflated by there being so many new SNP MPs) and prominent contributions by then SNP Foreign Affairs spokesman Alex Salmond and many eurosceptic MPs from both sides of the House.

But reading and analysing the debate five years later, there is an unseen spectre hanging over it that went sadly unnoticed during the actual proceedings.

Some did point to it, but were ignored, as pre-written speeches, convention and procedure took precedence over what some would regard as responsible scrutiny. One issue was barely discussed, namely, what would actually happen if the country voted to leave the EU?

In the eventual referendum, some 75% of MPs in the Commons voted Remain, and 25% Leave, yet 40% of the 278 contributions to the second reading debate came from Leave supporters – partly because many of them were backbenchers so were free to do so.

The Speaker successfully ensured the contributions were roughly representative of the proportion of MPs from each party.

But it was the topics they spoke on that provide the most interest. Chart 1 shows the number of unique contributors (as some people spoke a number of times on the same topic) who spoke on each topic.

Fairness, a shopping list for David Cameron’s upcoming negotiation with the EU, and the franchise for the referendum were way out in front over all other topics. 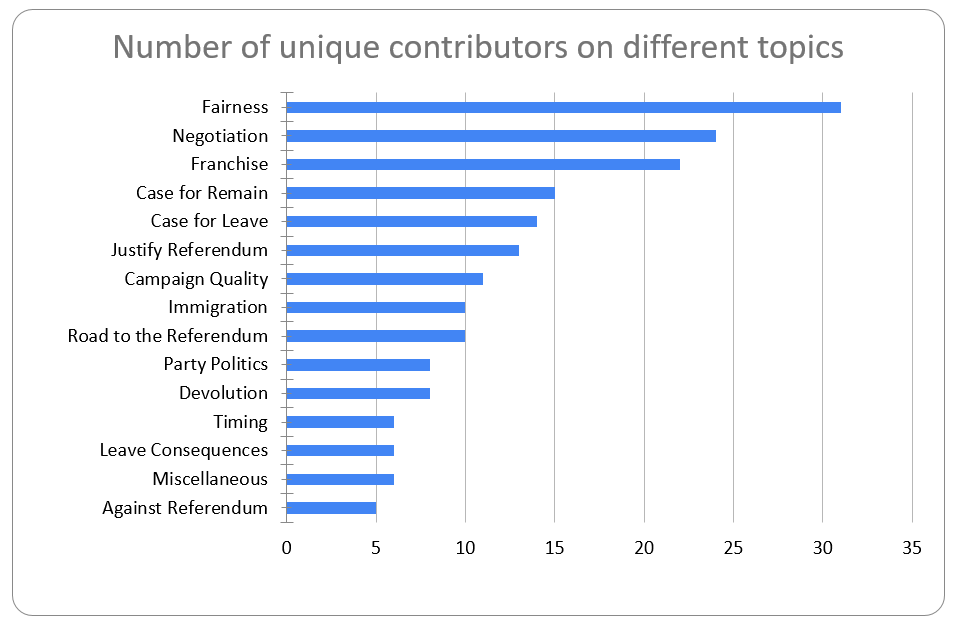 Chart 2 shows the main topics that Remainers spoke about. They were most exercised about whether or not EU citizens in the UK, and 16-17 year olds would be given the vote. 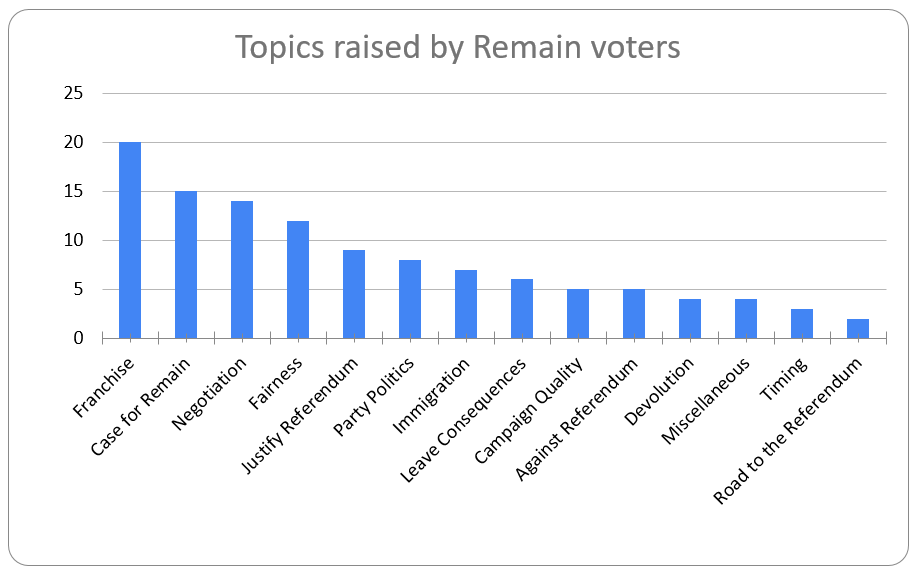 Chart 3 shows the topics raised by Leave voters in the House.

They worried most about whether the referendum would be ‘fair’, focusing on the wording of the question, the financing of the campaigns, and the fact that the government, at that time, were trying to lift ‘purdah’ restrictions on their ability to communicate on matters related to the EU during the final four weeks of the Referendum campaign. 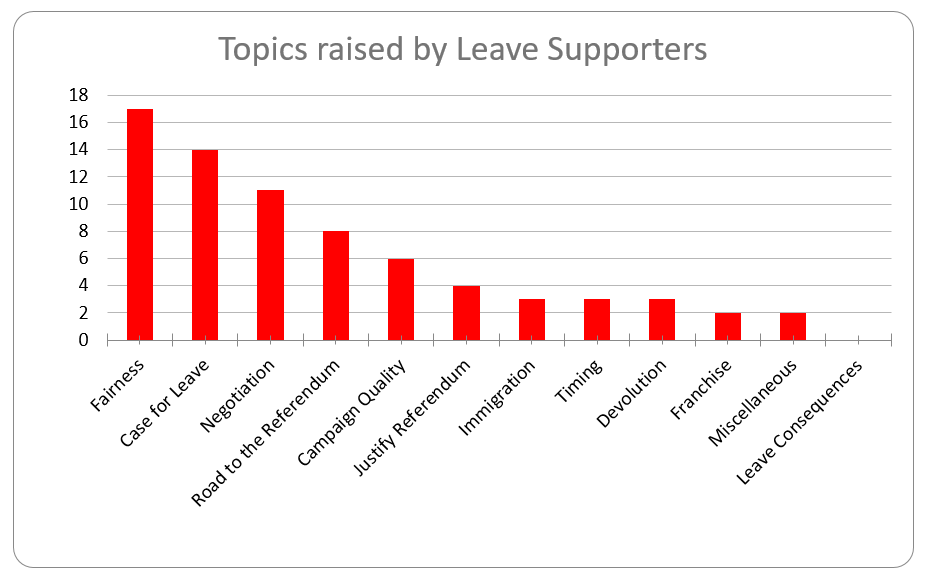 Now, on the one hand, this is normal practice for a second reading debate, which is supposed to be on the principles of the Bill in front of the House, rather than its individual clauses. However, the principle of the Bill was to have a referendum on whether the UK should remain in the European Union or leave it.

Surely therefore a ‘principle’ of the Bill would be whether or not both of the outcomes of the referendum were being planned for?

As you can see, not a single Leave campaigner asked a question or even mentioned the possibility that Leave might win, and what those consequences might be.

It wasn’t like they weren’t given the chance. Conservative Ken Clarke asked his ‘eurosceptic friends’ to provide an answer to what ‘out’ would mean. Damian Green asked Leave campaigners to set out ‘what our economy and country would look like – in their alternative, because there are many alternatives’.

But the most significant contribution to the whole debate in terms of the consequences of a Leave vote was from Mark Durkan of the SDLP, who reminded the House that the implications of the UK leaving the EU would be fundamental for the political institutions in Northern Ireland, and asked for a discussion around the implications for devolved institutions. None ensued.

There are many reasons why the Second Reading debate on the 2015 EU Referendum Bill failed to address the consequences of even one of the outcomes, and some of them are procedural. But perhaps a better clue comes from the many speakers in the debate who implied that there was little doubt Remain would win.

Many Remainers who contributed on the topic of fairness, such as Dominic Grieve, were clearly concerned that their expected victory would be seen as fair and ‘on a level playing field’.

Evidence from the second reading debate suggests one or both of two conclusions: Leave campaigners saw no responsibility for the outcome they wanted and the House as a whole was complacent about the result of the referendum they were pushing for.

Parliamentary scrutiny, and thus democracy, was the loser.

By Paul Goldsmith, co-author with Jason Farrell of ‘How to Lose a Referendum: The Definitive Story of Why the UK voted to Leave’, and PhD student in Political Economy at King’s College London.