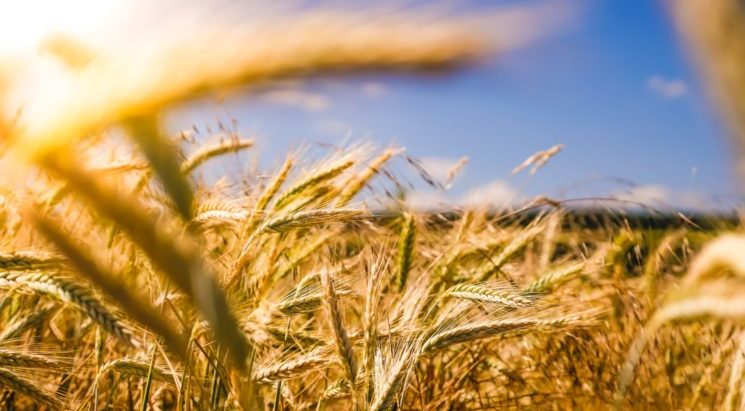 The reintroduction of the Agriculture Bill 2020 for its first reading on 16 January attracted attention from all quarters.

Agriculture is generally regarded as a dull topic, but Teresa Villiers, the former Secretary of State for the Environment, heralded the new Bill as a “landmark” and “one of the most important environmental reforms for many years” which will take the UK “away from the EU’s bureaucratic Common Agricultural Policy”.

The initial version of the Bill, tabled in 2018, stipulated a gradual phasing-out of the Common Agricultural Policy (CAP) direct payments (known as ‘farm income support’) and their replacement with a system that rewards farmers for the provision of ‘public goods’.

These include better quality air and water, improved soil health, public access to the countryside, animal welfare, and flood-risk reduction.

At the core of its delivery was the Environmental Land Management Scheme (ELMS), described by Defra as ‘one flexible contract’ that will allow farmers ‘to deliver public goods alongside market products’.

The Bill also set out measures to increase farm productivity and fairness along the food supply chain, and included provisions regarding market intervention and compliance with the World Trade Organisation (WTO).

To allow farmers to adjust, the Bill established a seven-year transition period starting from 2021.

Environmentalist groups reacted favourably, but the Bill was severely criticised by the industry for being too ‘green-focused’, and particularly for its lack of support for food production.

The industry also complained about the lack of detail: how much money will be allocated, to whom and for what? Will food imports be subject to the same production standards as applied in the UK?

Moreover, a report by the Environment, Food and Rural Affairs (EFRA) Committee of the House of Commons that scrutinised the Bill in November 2018 reinforced the criticisms.

It stressed the excessive empowerment of ministers, the imbalance between food production and the environment, the lack of a multi-annual financial framework to cover the transition period, and the absence of any procedures regarding standards for imported food products.

Hence, the Committee called on the government to ‘put its money where its mouth is’.

Following the political turmoil that followed the departure of Theresa May, the Bill was put on hold, only to be revived with additional face-lifting in January this year.

In response to this criticism, and to EFRA’s recommendations, the revised Bill contains some extras. It includes a new chapter regarding the government’s duty to report to Parliament on UK food security, at least once every five years.

It also refers to the preparation of a multi-annual financial assistance plan, with the first plan covering the period of transition starting on 1 January 2021.

The Bill also reinforces the provisions for increases in productivity, transparency and fairness in the supply chain, and assistance during exceptional market conditions.

Notably, though, the Bill focuses mainly on England, with just one part (Part 7) dedicated to Wales and Northern Ireland.

Public consultations took place across all four nations, and these led to different preferences being expressed: for example, the complete and rapid abandonment of direct payments has been treated with more caution in both Scotland and Northern Ireland, at least up to 2024.

This is not surprising given that agriculture is a devolved issue, and Scotland, which refused to consent the initial Bill, published its own Agriculture Bill in November 2019.

This allows the Scottish government to continue current CAP schemes, including direct payments, beyond 2020.

Differences between countries regarding farm support could create tensions, with farmers complaining about the lack of a ‘level playing field’.

But the amount of money to be allocated to UK farming still lies with Westminster, and therefore the devolved governments may find themselves constrained on how they can use their own budget.

As an economist, I never find agriculture or how we produce and trade food products at all dull. But it does seem that the questions an economist would really like to see answered are still hanging in the air.

Like its predecessor, the new Bill does not provide any specific budget, beyond saying that overall annual funding for farm support will remain at current levels for the duration of this Parliament.

At the same time, the term ‘public goods’ has disappeared, to be replaced with ‘purpose’, and there is no reference to ELMS. Does this signal a shift in emphasis, perhaps even that the Bill’s intentions are not as ‘green’ as environmentalists suppose?

Improving productivity is always the government’s ‘holy grail’, but our research shows that this is by no means the answer to every problem, either for the country or for the producer.

The UK does not have a ‘comparative advantage’ (the ability to produce food at a lower opportunity cost than that of trade partners) in agriculture.

However, as yet, the UK has not been threatened by food insecurity, as our imports have generally come mainly from suppliers (mostly EU member states) who are very stable economically and politically.

Could this explain the lack of any reference regarding the quality and safety standards of future imported food?

Traditionally, economists have categorised farmers as ‘price-takers’ in the market. This is because farmers are numerous and typically small in terms of production.

Consequently, they have little market power and therefore are unable, unlike for example supermarkets, to decide their selling prices.

Farming Minister George Eustice wants them to become ‘price makers’, and to increase their power in the market. This is easier said than done.

Grouping together to form co-operatives is one possibility, but these have never been popular in the UK. Another possibility is for farmers to ‘add value’ to a product, for example by transforming milk into speciality cheese or switching to organic production.

But farmers who produce an undifferentiated, homogeneous product – potatoes, carrots, wheat, milk – are always likely to be ‘price-takers’.

Finally, any form of support is likely to be capitalised into land values (as well as captured by others across the supply chain). Hence, the tenant farmer simply pays more in rent. It remains to be seen how this might manifest itself under the new regime.

For the economist these are all fascinating questions that remain to be answered. For farmers and producers they represent a worrying, and continuing, uncertainty.

By Dr Carmen Hubbard, research leader at The UK in a Changing Europe and senior lecturer, Centre for Rural Economy, School of Natural and Environmental Sciences, Newcastle University.