The anniversary of the Brexit referendum: five lessons learnt 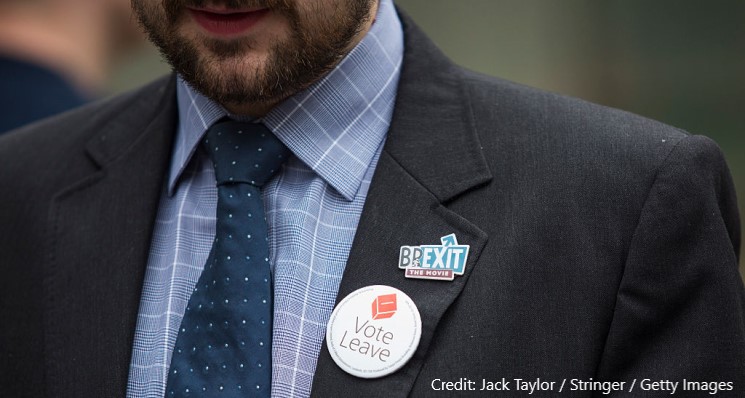 On the fourth anniversary of the Brexit referendum, what do we know now that we didn’t know then? What have we learnt?

After years of often bitter domestic disagreement, protracted negotiations and business uncertainty, is there some consolation to be taken from the fact that at least we have a better understanding of the EU, UK politics and referendums? I would draw out five lessons.

The first lesson is about the EU. EU member states and institutions are really committed to the integrity of the single market. Within the UK, we have consistently under-estimated how important it is to the EU that the four freedoms of the single market stand together.

Whether it be David Cameron’s ambitious negotiating objectives with regard to freedom of movement of people (where unmet expectations meant the referendum campaign started off badly for Remain) or confident claims that the UK will get a great Brexit deal because they want to sell us their cars and prosecco, we have all too often assumed that they would abandon elements of a system that most of Europe believes is essential in securing their peace and prosperity.

However, contrary to the expectations of some (but not all) observers, the unity of EU member states and the Commission has been consistent throughout the last four years. It would be a brave or foolish person to bet against that continuing.

Second, the referendum vote to leave the EU told us very little about what leaving meant; it did not tell us what Brexit really looked like. The British people had voted to leave the European Union but did that mean leaving the EU so we became like Norway or Switzerland or Canada or Australia?

Arguments had been made by the Leave side during the campaign that implied a level of regulatory autonomy that one would not normally achieve even with a Free Trade Agreement, whilst also assuming a level of market access only available to EU members or those who agreed to be EU rule-takers.

Neither the referendum result nor the arguments of the winning side gave a clear answer as to what Brexit really meant.

Third, the uncertainty and disagreement as to what constituted Brexit created a centrifugal force that drove public opinion to the extremes.

On the Leave side, the advantage was with those who argued for the purist form of Brexit. Anyone attempting to reconcile the conflicting claims of the Leave campaign – particularly with regard to the sovereignty/market access trade-offs – was vulnerable to the accusation of betrayal (particularly as those in positions of responsibility trying to find a way through this had generally campaigned to Remain).

As the nature of the proposed Brexit became progressively harder – from ‘trading on exactly the same terms as we have now’ to trading on something which, at best, is not likely to be much advanced on WTO terms – the consent of the losing Remain side evaporated.

If Leavers considered a soft Brexit as pointless and unacceptable, Remainers were no longer willing to accept a hard Brexit perceived as being much more painful than the Leave campaign had promised in the referendum campaign.

At the time of the 2017 general election, the centre-ground position (which, in this context, meant favouring leaving with a deal that maintained high levels of market access) had the support of the Conservative and Labour Parties who, between them, won the support of 82.4% of the electorate.

Theresa May’s quest to find a form of Brexit that involved a ‘deep and special partnership’ had failed. It remains to be seen whether a position anywhere in between EU membership or a distant relationship can attract widespread public support.

Fourth, Brexit has transformed our politics. Europe was a relatively minor issue for the electorate prior to 2016 but, by the time of the 2019 general election, it drove many voters (not to mention, one or two politicians) to abandon their lifelong allegiances.

The nature of the coalition of support received by the Conservative Party – demographically and geographically – in Boris Johnson’s victory was very different to that received in the past. This may be a temporary phenomenon but I suspect that this is a more lasting realignment of British politics more along cultural, rather than economic, grounds.

This raises an interesting conundrum for Keir Starmer.

Does he try to reassemble the traditional coalition of Labour support that had been fragmented by Brexit (and the disastrous leadership of Jeremy Corbyn) and reclaim the Red Wall? Or does he try to build a coalition of support from Remainers for a closer relationship with the EU? The answer probably depends on how successful or otherwise our new relationship with the EU will be.

There is much we have learnt since 23 June 2016. But the polling tells us a fifth lesson. Whatever lessons we have all learnt, once people take a side at a referendum, they stick with it.

Very few people have substantially changed their minds as to whether the UK made the right choice. We have not yet put the divisions of 2016 behind us.