The backstop may succeed if May is prepared to jettison Brexiteers 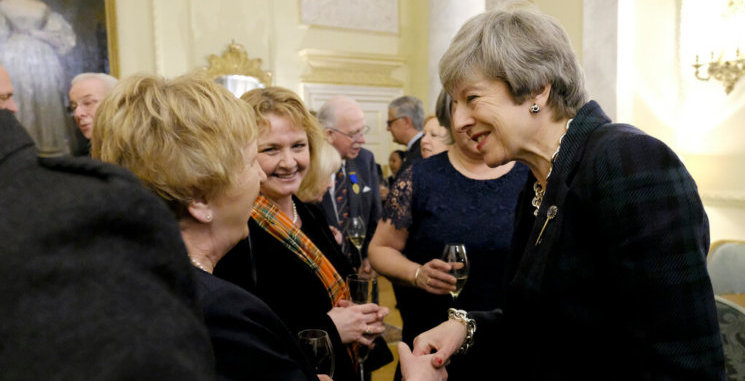 The backstop. It’s everything and nothing when it comes to the Brexit process, as a recent report by The UK in a Changing Europe underlines And yet, there are signs that this most intractable of issues might prove tractable after all.

The backstop has become a key plank of the EU’s approach to the UK’s withdrawal. This was in no small part because of the effectiveness of the Irish government early on in the Brexit process, in making sure that the unique circumstances of the Irish border were known and understood by the European Commission and the other 26 member states.

Consequently the EU has maintained an impressive unity around the need to preserve the backstop. And, as the prime minister’s latest joint statement with Jean-Claude Juncker made clear, that backstop will not be reopened.

However, “not reopening” is not the same for the EU as “not revisiting”. Even Simon Coveney, the Irish deputy prime minister, has acknowledged now that, “undoubtedly, some package will have to be delivered” to help Theresa May see the deal over the line at home. It is not beyond the bounds of possibility that a handy codicil might yet be conjured up.

Which brings us to the art of the possible: politics. The politics of the places most directly affected by the backstop are actually not, for once, the most uncompromising. Despite the impression given in some quarters, the backstop is actually pretty popular among most of the population in Northern Ireland and in the Republic of Ireland too.

Even the DUP itself is showing some signs of a softening towards Mrs May’s position. At the same time as repeating the old refrain that “no deal is better than a bad deal”, the DUP leadership is now vocalising its willingness “to say yes when the deal is right”.

And the word “yes” is one that is only used with careful forethought by unionist politicians in Northern Ireland. That action might follow such words is shown to be possible by the DUP’s break with its ERG chums in its support for the government in the vote last Thursday.

Yet it is doubtful that popular or political opinion from Northern Ireland itself will be all that influential in the way the votes fall whenever the withdrawal agreement comes back to the Westminster parliament.

It’s worth stating that, for most MPs the issue of the backstop is not primarily about the peace process nor the Irish border. It is instead a second order issue, or a proxy for wider discontent about the withdrawal agreement.

This is why Mrs May’s defeat last week should not be read as a sign that the backstop itself is a complete non-runner. Even Jeremy Corbyn now accepts that the withdrawal agreement will have to include one of some sort.

The ERG now stands almost alone on that point. Instead, it is the disorder and contradictions associated with the government’s presentation of the Brexit outcomes that have made its assertion of “this deal or no deal” so unconvincing to date.

Another point worth noting from the May-Juncker statement was that progress on an addendum or codicil to the withdrawal agreement would not be made until the end of February. This is near-enough confirmation that Theresa May’s plan has long been to hold a vote on the deal sometime in March.

This benefits the prime minister in two ways. First, the ticking clock. The more time taken over a codicil, the more likely it can be sold as a hard-won concession to Tory MPs looking for an excuse to reverse their public opposition to a deal. And a legally binding codicil, as originally called for by Conservative MP Sir Graham Brady, would unlock the majority of Tory dissidents.

Second, the more time taken, the more likely it is, too, that backbench Labour MPs will drift towards the deal. Lisa Nandy, Labour MP for Wigan, has said between 40 and 60 Labour MPs could ultimately be amenable to voting for it even if the Labour frontbench continued to oppose it. Given the way the numbers in parliament stack up, even without the DUP’s support, May could then afford a near-equal number of her own MPs to oppose.

Of course, such a drift towards the government would only happen in the absence of an alternative. Whether this occurs will depend on whether MPs can rally to take the threat of a no deal away from May’s arsenal.

While the government’s defeat changed nothing in legal terms, it now looks like there may be a majority for the Cooper-Letwin amendment. If passed, this could derail a plan based on threatening a no deal exit as the only alternative to the withdrawal agreement.

Success is far from guaranteed. But the impasse created by a supposedly time-limited backstop may yet be overcome by the passage of time. EU flexibility at the margins, significant support for the backstop (not least in Northern Ireland itself), and the political calculations of the parties in Westminster are conspiring to suggest that a deal may yet be done.

Right now, it all depends on what particular package May is going to ask the EU for, and whether she can convince them that she is willing to risk losing the ERG in order to sell it across the House.

By Professor Anand Menon, Director of The UK in a Changing Europe and Dr Katy Hayward, reader at Queen’s University Belfast. This piece originally featured in Times Red Box.