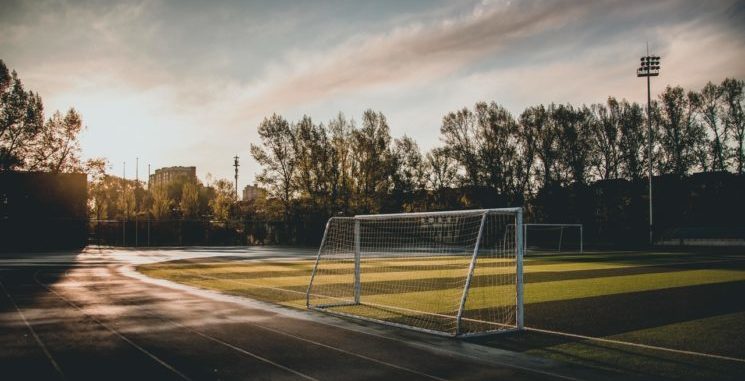 With less than six weeks to go until 31 October and Boris Johnson’s ‘do or die’ Brexit, the UK and the EU27 seem no closer to reaching agreement on revised terms for the UK’s withdrawal than they were when the new government was formed at the end of the July.

Primarily, it is a lack of ‘viable’ and ‘concrete’ UK ideas for an alternative to the current backstop provisions that is holding up progress.

The UK government complains that the EU is refusing to be flexible; while the EU says it has failed to receive any ‘credible’ proposals.

It is not, however, simply the lack of a ‘fully workable and legally operational’ solution to avoiding a hard border on the island of Ireland that explains the current impasse.

More fundamentally, the Johnson government is no longer seeking to achieve the same outcome as its predecessor. It has shifted – or is at least trying to shift – the goal posts.

In his August letter to Donald Tusk, Johnson was clear: ‘we cannot continue to endorse the specific commitment in paragraph 49 of the December 2017 Joint Report, to “full alignment” with wide areas of the single market and the customs union’.

He added: ‘That cannot be the basis for the future relationship, and it is not a basis for the sound governance of Northern Ireland’.

By abandoning the ’full alignment’ commitment, the UK government has stepped significantly back from the UK ‘guarantee’ – recalled in the Protocol on Ireland/Northern Ireland for which all bar two of Johnson’s cabinet voted for in Theresa May’s third attempt to pass the Withdrawal Agreement – ‘of avoiding a hard border, including any physical infrastructure or related checks and controls’.

If checks and controls are to be avoided, regulatory alignment is essential.

This has always been clear from an EU perspective and was accepted by the UK government in concluding the Withdrawal Agreement.

The shift away from what Johnson deems a ‘conceptual mistake’ reflects two important developments.

First, the Johnson government insists that the option of regulatory divergence from the EU is ‘the point of our exit and our ability to enable this is central to our future democracy’.

Any commitment to maintaining regulatory alignment post-Brexit – or at least following the transition period – has therefore to go.

The aim is no longer ‘frictionless’ trade across the border on the island of Ireland. Instead, the UK government is only seeking to ‘facilitate’ trade.

Second, the alternative backstop arrangements that the UK government is pursuing are predicated on the assumption that the commitment to avoiding a hard border should be no physical infrastructure or related checks and controls ‘at the border’.

The three words are fundamentally important.

While originally ‘at the border’ formed part of the May government’s August 2017 position paper on Northern Ireland, the phrase was subsequently dropped as her government accepted – if not always explicitly – that the aim of the negotiations should be no additional physical infrastructure or related checks and controls on the island of Ireland.

Having physical infrastructure and additional checks and controls away from the border does not avoid a hard border; it simply places the hardened post-Brexit border elsewhere.

This is clearly frustrating UK ministers, hence the recent comments that the EU is adopting an ‘absolutist’ policy, ‘an all-weather, unchanged, absolutist approach’.

The EU’s determination to maintain the integrity of its single market and customs union seems to be ignored.

Similarly, there is scant attention paid to the symbolism or economic consequences of any increase in physical infrastructure, checks and controls for people across the island of Ireland.

The border is not simply a technical issue.

However, just as the UK is facing an uphill task in convincing the EU to adopt its ‘at the border’ language, shifts in language elsewhere suggest Northern Ireland’s Democratic Unionist Party (DUP) – the original source of opposition to the Withdrawal Agreement’s backstop arrangements – could be softening its opposition.

Keen to avoid a no deal Brexit, the DUP appears to be moving, albeit tentatively, towards some kind of Northern Ireland-only backstop arrangement.

The party’s leader, Arlene Foster, in her quest for a ‘sensible’ Brexit, has been signalling a willingness to ‘look at Northern Ireland specific solutions’, albeit with the important caveat that these would need to enjoy the ‘support and consent of the representatives of the people of Northern Ireland’.

This is a significant shift from the DUP’s reaction to the Joint Report in December 2017.

Then it insisted that Northern Ireland ‘must’ leave the EU ‘on the same terms as the rest of the United Kingdom’, adding it would not support ‘any form of regulatory divergence’ between Northern Ireland and Great Britain.

The apparent openness of the DUP to Northern Ireland-specific arrangements constitutes a return to the party’s position in the joint letter that Foster, as First Minister, and deputy First Minister, Martin McGuinness sent to May in August 2016.

In this, they highlighted the ‘unique’ situation of Northern Ireland with the land border and its history.

Flagged too was the importance of ensuring the border ‘will not become an impediment to the movement of people, goods and services’ on the island of Ireland.

A need for the ‘particular circumstances’ of Northern Ireland to be ‘fully reflected’ was reiterated in the DUP manifesto for the 2017 general election, which also called for ‘Northern Ireland-specific solutions’ to ‘facilitate ease of movement of people, goods and services’ (emphasis added) and ensure a ‘frictionless border’ on the island.

In short, the DUP have effectively redrawn their ‘blood red line’ of no divergence to accept some, specific divergence. All-island arrangements for the agri-food sector appear acceptable.

However, much more alignment would be necessary if the ‘frictionless border’ is to be ensured.

Whether or not the DUP position will shift further remains to be seen. Much could depend on UK government assurances about the ‘integral’ position of Northern Ireland in the UK’s internal market and the mechanisms for consultation or consent for the backstop that are agreed.

Either way, DUP language has shifted. So too has the language of the UK government. On the border, the EU remains unmoved.

By David Phinnemore, professor of European politics and Lisa Whitten, a PhD researcher in Politics and Law, both Queen’s University Belfast.