The battle of Richmond: what will it mean for Brexit? 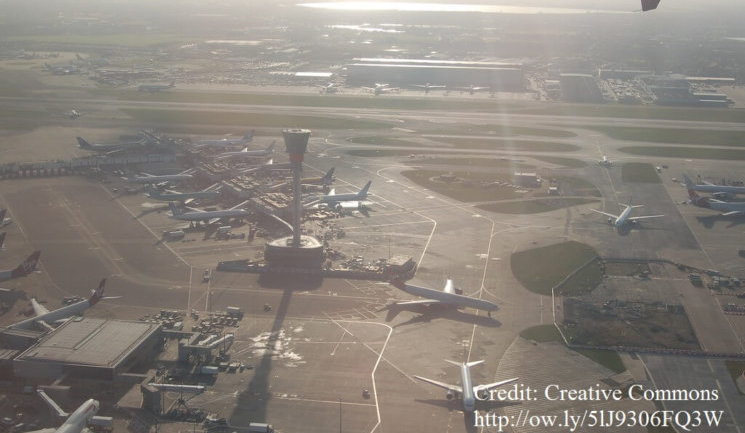 As Harold Macmillan so laconically noted, it is events that drives much of what occurs in the world of politics; things that just happen, possibly – even probably – with no initial connection to the big question of the day, but which come to consume and devour plans and careers.

It is tempting to see the coming Richmond Park by-election as just such an event. Triggered by Zac Goldsmith’s discontent over the government’s decision to push for a third runway at nearby Heathrow, it has seemed to have taken on much more portentous undertones as it has been drawn into the orbit of planet Brexit.

Goldsmith was a relatively unusual MP, in that he was a committed Leaver, while his constituency was a solid Remain area in the June vote, with almost 70% in favour of staying in the EU. Sensing an opportunity, the Liberal Democrats quickly piled into announcing that the resultant by-election would be a key fight in challenging Brexit and the wider rhetoric that has been unleashed, as Goldsmith would be fighting on an independent platform.

Within days, the party’s leading figures where making their way to West London, to press flesh and to make the argument that this was a chance for voters to rebalance the political debate. The Tories have declined the opportunity to break with Goldsmith completely and field a candidate, working on the basis that this would simply split his vote, especially with the Greens deciding not to contest the election either. Moreover, UKIP have made a virtue of their current incapacity, arguing that in an election that looks like it might be set for a Leave-Remain rematch, there is no value in weakening the base by putting up someone with limited chance of success to draw away votes.

The fly in the ointment in this mis-en-scene is Labour. Despite some protestations from within their NEC, the party has now decided to put up a candidate, partly because of a third-placed result in last year’s general election that makes it somewhat more credible they might do well, but mainly because the party is still struggling to work out how it fits the European issue into its broader reconfiguration under Jeremy Corbyn.

With the focus very much on securing control over the party in the longer run, there is less concern about electoral results, especially when the ‘fighting Brexit’ argument carries so little weight in the absence of firm political direction. Labour’s choice of Christian Wolmar, a noted expert on transport policy, simply highlights this dynamic: for this party, at least, it will be Heathrow expansion front and centre.

This suits Goldsmith well, since he will consider that he has a good reputation as a local MP and that enough people will care about the airport issue to get him re-elected. At the same time, the danger in the plan is that voters might also take a fatalistic view and consider that the expansion is happening whether or not Goldsmith is in the chamber, so they might as well as go for the Brexit approach, over which things look much more rocky, especially post-High Court ruling.

However, if Goldsmith has a difficult path, then the Liberal Democrats arguably have much more of one. Having put so much, so quickly into recasting this as a Brexit issue, their need to win is that much greater.

The Lib Dems have done poorly in recent years, first getting much of the blame for the previous government coalition in last year’s general election, and then losing on a core policy position in the referendum. The damage done in those two votes is still working its way through and there is an understandable desire to spot the green shoots of recovery.

A run of strong by-election results have demonstrated the resilience of the local party organisation, and the failure of Labour to lead on opposing, or even scrutinising, Brexit in the Commons has offered an opportunity for issue-ownership.

But Richmond will be a difficult fight: Goldsmith increased his majority to 23,000 last year, a swing of 16%. While the Lib Dem candidate, Sarah Olney, has local roots, the decision not to parachute in a more high-profile figure might be the source of some debate post-result. The risk is that failure to secure the seat, which has not been held by the party since 2010, will kill what momentum the Lib Dems have built up in the past 18 months.

Ultimately this by-election will matter, because Theresa May’s Common’s majority is so small. Anything that further reduces it can only make it more likely that those who wish to challenge the government’s approach to Brexit will feel that they have a chance of making their voice heard. While that does not mean Brexit won’t happen, it does mean that Parliament will continue its development as a key player in the negotiation process.

By Dr Simon Usherwood, senior fellow UK in a Changing Europe and Reader in politics at the University of Surrey.