The beastliness of Boris? 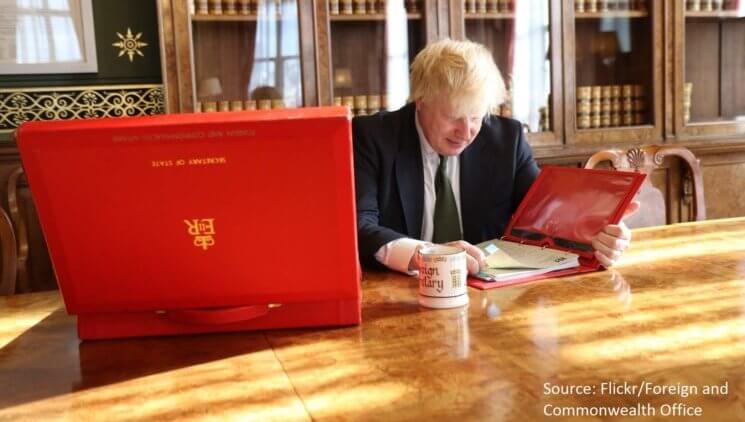 Few weeks in British politics have been as dramatic as the last. On Friday evening, Theresa May seemingly achieved the impossible by uniting her cabinet around a vision for Britain’s post-Brexit relationship with the European Union.

On Sunday evening, David Davis quit as Secretary of State for Exiting the EU in disagreement with this vision. On Monday afternoon, Boris Johnson resigned as Foreign Secretary, ostensibly for the same reason.

The Prime Minister undoubtedly knew that Friday’s Chequers agreement might provoke resignations. After all, her cabinet, like her party, had been feuding for months over the issue of Britain’s future relationship with the EU. Simply taking a position was always going to be risky.

Some ministers, like Davis and Johnson, had been pressing for a future that saw the UK entirely free from EU rules and fully outside the customs union and single market. Other ministers, like the Chancellor of the Exchequer, Philip Hammond, had been pressing for a much closer relationship, even if that meant Britain would become a ‘rule taker’ in its alignment with EU regulations.

But with the clock ticking on the Article 50 negotiations, May also undoubtedly knew that she now needed to take a position. As Abraham Lincoln once remarked, ‘A house divided against itself, cannot stand.’ Collective responsibility had to be re-imposed. In the event the Prime Minister convinced a majority in her cabinet to opt for a closer relationship with the EU.

Being a cabinet minister has been a precarious occupation in recent months. Six ministers have now quit for one reason or another since November – seven if you include Justine Greening’s departure in the January reshuffle.

Yet, Davis and Johnson were the first two cabinet ministers to resign over Brexit. (A junior minister, Phillip Lee, had resigned in mid-June.) May had otherwise kept on board her warring senior ministers. It was remarkable that she was able to do so for so long.

Few cabinet ministers resign over policy disagreements. Double resignations are particularly rare. But if Davis’s and Johnson’s resignations were triggered by policy, it was their implications for Theresa May’s authority that made them so consequential.

Both Davis and Johnson had above-average standing in Theresa May’s cabinet. She had appointed them on its initial formation in July 2016, and she had given them posts that were central to the Brexit project. She had always needed to be mindful of their actions and likely actions.

In this regard, however, Boris Johnson was in a league of his own. May had always needed to be especially mindful of his likely actions.  He was, to coin a phrase, ‘a big beast of the jungle’.

These days almost every politician who stands out from the crowd is labelled a big beast. But academics have used the term more selectively to identify those ministers or politicians who have had an unusually large amount of influence within their government or party, but who have not owed that influence to either their formal position or their personal relationship with the prime minister or party leader.

Love him or loathe him, Johnson has a big beast’s attributes. He is highly intelligent and articulate. He is extremely assertive and unpredictable. He also stands for something, in this case a ‘harder’ form of Brexit.

At the same time, Johnson has an obvious following in the Conservative party, both in Parliament and in the country. And he is well known among the public.  To be sure, his stock has fallen recently, but he remains a significant character.

The particular circumstances in which May finds herself may be unusual, but prime ministers have always had to tread carefully around big beasts. They have angered or alienated them at their peril.

Harold Wilson’s management of George Brown in the 1960s is a case in point. Brown was extremely able, energetic and popular, but also mercurial. Wilson handled him adroitly, ignoring his frequent threats to resign until his popularity had waned. He finally accepted his resignation in 1968, when Brown was much diminished figure.

Margaret Thatcher’s management of Sir Geoffrey Howe in the late 1980s is a different case in point. Howe lacked Brown’s popularity, but was highly respected and increasingly concerned by the Prime Minister’s hostility to further European integration.

Thatcher not only slighted Howe but underestimated his stature and temperament. It was his resignation speech in the House of Commons that triggered the events that led to her demise.

Boris Johnson beastliness is more in the mould of George Brown’s than Sir Geoffrey Howe’s (although the comparison should not be overdone). Appropriately enough, May’s handling of him resembles Wilson’s earlier approach. She initially sought to exploit Johnson’s unique abilities and popularity among Brexiteers, but has also given him the space for self-diminution. Frequent gaffes combined with apparent hypocrisy and naked ambition have undoubtedly diminished his stock and standing.

Johnson could yet emulate Howe by encouraging others to topple May, in the form of writing to the Tories’ 1922 Committee and demanding a no-confidence vote. Whether or not such a vote would succeed is another matter. But even a diminished Johnson can still make life very difficult for the Prime Minister and greatly complicate the Brexit negotiations.

Given the present uncertainty, it would be extremely unwise to make predictions. So we finish with a not-entirely irrelevant piece of historical trivia. Only one person since 1945 has resigned from cabinet over of a policy disagreement and subsequently gone on to become prime minister. That person was Harold Wilson, and he had to wait 13 years for the job.

By Dr Nicholas Allen, reader in politics, at Royal Holloway, University of London.