The biggest obstacle to a workable backstop alternative lies not in the EU, but the UK 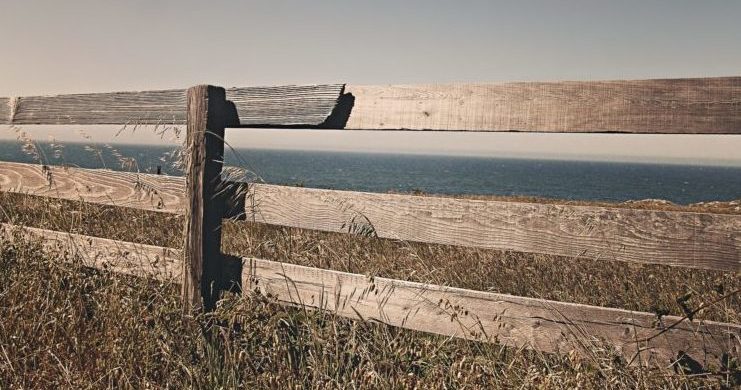 The Prime Minister was set a 30 day challenge to produce an alternative to the backstop.

If he is going to convince the heavyweights in Brussels that he has alternative arrangements ready to roll, then he is going to have to get serious with the technicalities.

In managing any state border, there are three principles in play.

One: we know what is crossing the border. Two: we know that it meets the criteria for doing so. Three: we can prevent entry/exit if needs be.

In order to understand (and, perhaps, to resolve) the post-Brexit Irish border conundrum, it is helpful to conceive the challenge in these terms.

The reason why the backstop is anathema for many is because it keeps the UK (specifically, Northern Ireland) and the EU closely aligned in certain ways.

This is in order to use what might be seen as the ‘master key’ of border management, and the one that the process of European integration is built on.

That is: it make it possible to assume that everything that crosses the border meets the criteria for doing so.

This is the backstop: what is crossing from Northern Ireland into Ireland (and thus the Single Market) complies with the EU’s rules. Thus, there is simply no need for a hard border.

The only alternative arrangements that could possibly have the same effect are those that somehow leverage an exemption from those rules that would otherwise require checks and controls.

Special economic zones, the invocation of the GATT security clause, waivers for small enterprises – all such initiatives basically seek to ignore the fact that different rules will apply post-Brexit between the UK and EU.

In this case, the biggest challenge will be that of retaining the confidence of both consumers/customers and external trading partners if it becomes known that Northern Ireland is the place where, effectively, a blessing is given to breaches of the rules.

More substantial proposals when it comes to alternative arrangements rest on the principle of knowing what is crossing the border.

The more freedom/less friction faced by a trusted trader depends both on how trustworthy the trader has proven itself to be and on the nature of the goods being traded.

The principle of knowing what is crossing the border is also where many of the ‘technological fixes’ come in. The most effective border technologies work on the grounds of data.

First, it can speed up the submission and processing of information, primarily to reduce the costs of time and personnel in crossing a hard border.

Any alternative arrangements relying primarily on advance cargo information will require a level of data sharing and analysis that is currently not known anywhere in the world when it comes to crossing a land border.

Secondly, technology can be used to confirm when a vehicle (or potentially a container or item on that vehicle) crosses a particular point at a particular time.

It relies on the data submitted in advance about the consignment being accurate and detailed. How that is verified remains an outstanding question – and one that is only convincingly answered by physical inspection.

And thus we come to the last pillar of border management: prevention of entry.

This is always most difficult on a land border (compared to an air or maritime port).

Add to this the need to avoid physical barriers on the Irish border, and the application of this principle becomes all the more challenging.

The further away from the border these inspections or interventions take place, the less effective and the more intrusive border management seems.

But, above all these technical problems, the biggest challenge lies closer to home. Any serious border management expert will tell you that no system of border management can work effectively without public buy-in.

It is necessary to have willing compliance not only from traders but also it is essential to have an environment in which the management of the border is broadly supported.

This is always going to be a tricky prospect in the context of Northern Ireland.

After all, the commitment to avoiding a hard border comes from recognition of what all the main social partners and political parties (including the DUP) in Northern Ireland have clearly advocated, i.e. a retention of the status quo as far as possible when it comes to the experience of crossing the border.

Any change to the requirements for crossing the border, or experience of doing so, will be viewed with immense caution.

Ignoring the likelihood of this and determining just to push on through with a ‘solution’ regardless is not a strategy that will hold.

In fact, not only would it increase the perception and resentment of the use of British blunt force in Northern Ireland, it would effectively undermine the viability of any solution.

Whatever Boris Johnson pitches to Brussels, he should be aware that the biggest obstacle to finding workable alternative arrangements to the backstop doesn’t lie in the EU but within the UK itself.

By Dr Katy Hayward, senior fellow of The UK in a Changing Europe and reader in Sociology at Queen’s University Belfast.  This piece was originally published in the Telegraph.