The blame lies with Theresa May, not just the hand she was dealt 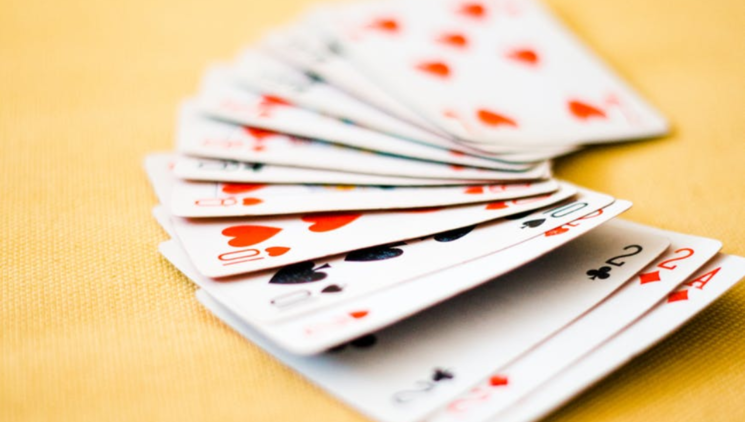 “Brexit means Brexit, and we’re going to make a success of it.” These words, uttered by Theresa May on 11 July 2016, and oft repeated since, might come to serve as a damning political epithet.

And while generations of historians will have fun picking over the entrails of this extraordinary period in our history, it is not too early to offer preliminary thoughts as to whether May’s failure to deliver the one thing she consistently promised to deliver was the result of her own failures, or can be attributed to other, perhaps structural constraints. Spoiler alert. We lean towards the former.

But let’s consider first the case for the defence. For all the claims to the contrary made by the Leave campaign, delivering Brexit was never going to be easy. For one thing, leaving an organisation as complex as the EU and one whose impact on national life—as Eurosceptics have rightly argued for years—was far greater and more intrusive than a mere “common market,” was always going to be fiendishly difficult.

For another, the legal process for withdrawal—the infamous Article 50—is inherently unrealistic, setting a two year deadline and making no provision for the agreement of a future relationship prior to exit.

Then there were the domestic constraints. First, whatever the rhetoric about the biggest majority ever secured for anything, the 52-48 revealed a country profoundly divided over Brexit. What is more, the UK had voted for Brexit but not for any particular form of Brexit.

As one of us pointed out even before the referendum, the “Condorcet Paradox” means that for any possible Brexit option (or Remain), there may be another which is preferred by the majority of the population. Arguably, even before the prime minister set about securing one, there was never a Brexit that “works for everyone.”

Crucially, however, we never got a chance to find out. After her unexpected coronation, May could have attempted to find a consensus on Brexit that, while not universally popular, might have been grudgingly accepted as representing the country’s centre of political gravity.

Think back to that summer of 2016. At that point, most of those who voted Remain accepted that they’d lost and we were leaving; most Leave voters wanted a close economic relationship with the EU. Given the way the UK political system functions, it would have required an exceptional prime minister who, with a parliamentary majority, chose to reach across the aisle.

But there were various mechanisms she could have adopted had she chosen to do so—a cross-party parliamentary committee to set negotiating objectives or an independent advisory commission. Citizens’ Assemblies could have been used to map out a feasible compromise, as our experiment with one showed. Consultation, in whatever form, was a viable option.

Instead, the prime minister decided to go it alone. Her October 2016 party conference speech, setting out her key red lines—an end to free movement and the jurisdiction of the European Court of Justice—underlined that consensus-building was simply not her style.

Her argument and that of many other Brexiteers was that if the vote to Leave was about anything, it was about immigration and sovereignty, and that therefore any meaningful Brexit needed to deliver both.

There is no doubt that this is a legitimate perspective. But that misses the point. By setting it out as a prime ministerial decree—without even consulting cabinet members let alone the public—she abrogated to herself alone the right to define what Brexit meant.

Consequently, by the time the negotiations actually began, she—and the country—were already painted into an unnecessarily tight corner. Ideally, the political leader of a democracy facing a tough set of negotiations wants a strong mandate from her electorate for her strategic objectives—but plenty of room for tactical manoeuvre. Instead, she contrived precisely the opposite—an inflexible set of demands, but not backed up by any domestic consensus. This was a recipe for disaster.

The second set of errors related to the European Union itself. It was clear from the start that the prime minister and her team believed that the Union could be bullied into conceding ground in the talks. And nowhere was this clearer than over the Irish border.

May’s assumption, shared by many, was that the economic interests of the big EU member states—France and Germany in particular—meant that a deal that allowed trade to continue more or less as now was possible, even should this override what she arguably saw as the parochial concerns of the Irish.

This revealed a fundamental misunderstanding of the EU which is a (nascent) political union, as well as an economic bloc. It is undoubtedly true that most EU member states don’t fully understand, let alone care about, the Irish border issue. But they do understand—and do care about—the principle of solidarity between member states. And that really kicks in when it comes to something that one member state regards as being of existential importance—particularly when that is threatened by the actions of a third country, as the UK was en route to becoming.

The third error was to realise too late that her own actions in polarising the political system and the country had made the compromise she belatedly sought impossible.

If, last October, she had she offered the Labour Party and the country the proposals she made this week—a de facto customs union until the next election, guarantees (albeit vague) on workers’ rights and environmental protection, the opportunity to revise the Political Declaration, and a parliamentary vote on a confirmatory referendum, chances are we’d now be out of the European Union.

It would have been near impossible for Jeremy Corbyn and much of the Parliamentary Labour Party to refuse such an offer.

By yesterday, however, it was far too late. A parliament and country that would once have seen that as an acceptable if imperfect compromise is now divided between those who see anything less than no-deal as a betrayal of Brexit, and those who think the process has demonstrated beyond doubt that the country needs to be given the chance to change its mind. For that, she bears much of the responsibility.

We might add that the abject failure of the prime minister and her team to even attempt to sell the rather sophisticated withdrawal deal she negotiated with the EU hardly helped. As an exercise in reconciling irreconcilable red lines, in squaring unsquarable circles, the Withdrawal Agreement is an impressive piece of work.

Why, then, did the prime minister not return from Brussels and trumpet her success in cherry picking bits of the single market, or securing outline agreement on precisely the kind of future relationship the EU insisted would not be discussed until Britain had actually left?

So, doomed to failure, or the result of a toxic combination of stubbornness, dogmatism and political ineptitude? The newspapers are damning of May’s record. The verdict of future historians may be somewhat kinder—but probably not much. Brexit was never going to be easy. And the prime minister was dealt a very bad hand. Yet there’s no getting away from the fact that she played it very badly.

By Anand Menon and Jonathan Portes, Director and Senior Fellow of the UK in a Changing Europe. This piece originally appeared in Prospect.