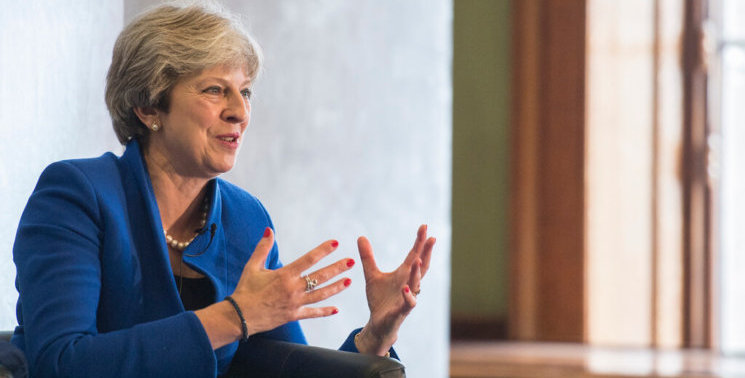 Just when you thought this island had finally calmed down after a referendum that shocked the world and an election result no one had predicted, the UK hit the headlines again. This time, it was the resignation of two senior cabinet members over matters of Brexit-related principle.

So, what does this all mean both for the UK government and for Brexit itself?

Ironically, the resignations of two of its biggest hitters – Foreign Secretary Boris Johnson and Brexit Minister David Davis – may not, in fact, destabilise the cabinet that much. After all, it is hard to see how either could use his resignation to challenge Prime Minister Theresa May. On Brexit, however, all remains to play for.

Let’s take the politics first. Here we confront a relatively simple matter of parliamentary arithmetic. Triggering a vote of no confidence in May is relatively easy: just 48 Conservative MPs – or 15 percent of the parliamentary party – have to come forward with the demand in order for the vote to be called. By some estimates, the pro-Brexit European Research Group of Tory MPs (ERG) has some 60 members, so this should be easy enough.

Triggering a vote is one thing. Winning it quite another. For this, the rebels would need to garner the votes of 158 MPs. And it is here that May’s situation seems somewhat safer. It is hard to see how the ERG can muster this level of support, or even a sufficient number to embarrass or enfeeble her so that her position becomes untenable.

Which leaves us with Brexit – the reason behind the shenanigans in the party. David Davis resigned partly out of a weary sense of fatigue with being constantly over-ruled by Number 10 over the Brexit negotiations to date. Partly too – and more importantly in terms of what is to come – he also stepped down because of what he believes (rightly) that the so-called Chequers paper represents.

The compromise plan put forward by the prime minister to her cabinet at the meeting at her country residence marks a turning point in the Brexit process. For months now, May has insisted that she can negotiate a uniquely deep and ambitious deal with the EU that goes beyond what existing non-members have managed to secure.

This would involve maintaining close cooperation on areas ranging from trade to security, while opting out of those things the prime minister feels the British public voted against in the Brexit referendum – the EU single market, freedom of movement, paying large sums of money to the EU, and being under the jurisdiction of the EU court.

The problem has been that the EU has long insisted that no such deal is on the table. Brussels insists that what the British government is suggesting amounts to “cherry picking” the best bits of membership or, to use a phrase famously uttered by the former Foreign Secretary Boris Johnson, an attempt by the UK to “have its cake and eat it”. The EU insists that if Britain wants to continue to cooperate, it must do so under EU rules, and that means crossing most, if not all, of the UK’s red lines.

In recent weeks, the prime minister’s team has, reluctantly, come to accept this fact. Ministers have been confronted with two choices: what we call a “Canada minus” arrangement, or what might be called a “Norway plus” outcome.

The first of these adhere more faithfully to the key political themes of the Leave campaign. “Canada minus” means a traditional trade deal that reduces tariffs. It does not imply either payments to the EU, or the UK being under the jurisdiction of the EU’s court, or the need to accept free movement.

However – and this is why a number of businesses have spoken out in recent weeks – “Canada minus” comes with a significant economic hit because it essentially means the imposition of customs checks and a load of regulatory barriers on trade between the UK and the EU.

“Norway plus”, on the other hand, reverses this logic. Britain would remain in the single market and in some form of customs union. But this would mean accepting the court, accepting free movement, paying some kind of membership fee and not being able to sign our own trade deals. All of this, it must be said, without a meaningful voice in EU institutions. Trade with the EU would continue pretty much as it does now.

Neither option is perfect. While “Canada minus” implies economic damage, “Norway plus” almost certainly involves political problems. Given the state of British politics today, it is hard to see how the government could sign up to abiding by EU law, being under the EU court, and unable to sign trade deals without provoking a political backlash from its own benches and, conceivably, a number of its own voters.

So this is the Brexit Hobson’s choice. At the Chequers residence last Friday the prime minister presented her cabinet with a plan. And it was a plan that, so to speak, leant towards the soft (“Norway plus”) rather than the hard (“Canada minus”).

This proved to be the final straw for Davis. He argued, not without reason, that this was not the kind of Brexit he had signed up for. The whole point of leaving, he argued, was to be free of EU law and able to strike our own trade deals.

The timing of his decision is particularly intriguing. Davis, I think, recognises the real fight is yet to come. Chequers plan is an opening gambit not the endgame. The crucial – and confusing – thing about the government’s new plan is that the EU cannot and will not accept it in its current form.

While it moves us towards “Norway plus”, it retains a number of Canadian elements – the government refuses to accept free movement, or the jurisdiction of the EU court and so on.

What we do not know is whether, in the light of May’s obvious willingness to compromise (the resignations of two Brexiters provides good evidence that she has tried to make some hard choices even at the risk of political costs), the EU might do the same and begin to soften some of its own red lines.

Even if it does, it will not be to the extent that the Chequers document implies. So the government will be under pressure to move further. That is the fight Messrs Johnson and Davis are preparing for. And the one that will determine the outcome of the Brexit process.

By Professor Anand Menon, Director at The UK in a Changing Europe. This piece originally featured in Al Jazeera