The Brexit deal and fisheries: the one that got away, again 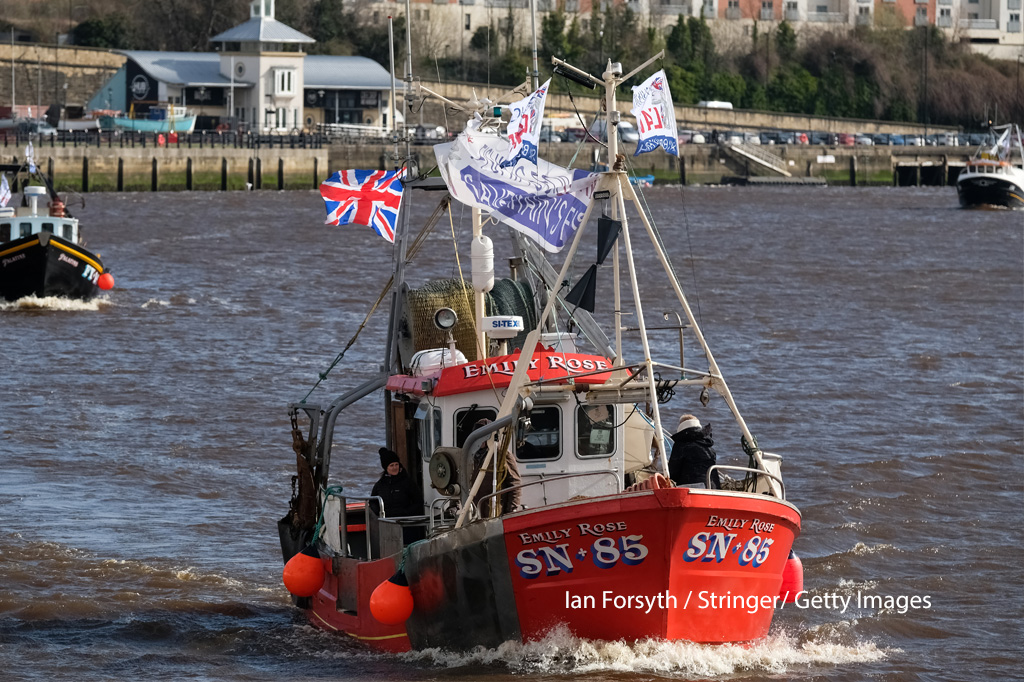 The profile of fisheries reached dizzying heights during both the Brexit referendum and the manoeuvres and negotiations that have rumbled ever since.

From the flotilla on the Thames just before the referendum, to Boris Johnson’s fish tie as the Brexit deal was finally announced on Christmas Eve 2020, wherever there was talk of Brexit, there was fish.

Supporters of Brexit, from fishing leaders to prominent politicians, spoke of a ‘sea of opportunity’ which would see the revitalisation of the British fishing industry and coastal communities, as the UK took back control of ‘our waters’ and ‘our fish’.

In contrast, we wrote on this website, over five years ago, that securing such benefits for the UK would be extremely difficult due to many fish stocks being biologically shared between the UK and EU, and the reliance of the British fishing industry on trade with Europe. So how does the deal measure up?

It’s fair to say the Trade and Cooperation Act (TCA) has not been well received by British fishers. The National Federation of Fishermen’s Organisations called it ‘miniscule, marginal, paltry, pathetic’. and the Scottish Fishermen’s Federation ‘desperately poor’.

Small-scale fishers (under 10m vessels), a group who have long been disadvantaged in terms of catching opportunities, were particularly aggrieved about being ‘thrown under the bus’ in the Brexit deal.

One of the main sources of dissatisfaction is the UK’s share of quota for jointly managed fish stocks. Under the EU’s Common Fisheries Policy, the division of fishing quotas between the UK and other EU member states meant that EU vessels landed approximately half of the fish caught in UK waters.

In the Brexit negotiations the UK initially pushed to reclaim 80% of this amount, while the EU argued for maintenance of the status quo. The TCA ultimately delivered an extra 25% of the value of that catch to the UK, phased in over five and half years.

This increase in the UK quota share converts to a less than 10% increase in the UK catch overall, but more poignantly, the benefits are strongly concentrated in large offshore fisheries such as western mackerel, and herring and sole in the North Sea.

Quota shares for fish stocks important for small-scale inshore fishers have received almost no increases in quota, and they were particularly dismayed to learn that EU vessels are still allowed to fish in the 6-12 mile zone off the English south coast.

The UK fisheries minister, Victoria Prentis, had previously provided assurancesthat access to this area would not be part of the Brexit deal.

Further down the supply chain, processors and seafood exporters must be relieved that tariff-free trade with the EU was finally secured, when for much of 2020 a ‘no deal Brexit’ looked like a distinct possibility.

However, non-tariff barriers have so far complicated the export of seafood from the UK to the EU; export of live bivalves was also completely banned due to changes in the classification of British coastal waters.

This combination led to export delays and EU customers cancelling orders – in the first quarter of 2021 seafood exports to the EU dropped by 52%, and businesses closed down.

The Government claimed the issues were due to ‘teething problems’, but there is no escaping the fact that the UK seafood export market has fundamentally changed.

So were we surprised by the Brexit deal on fisheries? In terms of the modest gains in quota, not so much. Given the shared nature of many fish stocks, the importance of the EU seafood market, and the fact that any change was a loss for EU fishermen, it is difficult to see how much more could have been gained.

The continued access of EU boats in the 6-12 mile zone is more surprising, but presumably was offered as a last minute ‘sweetener’ to seal the deal.

However, agreeing to quota shares is essential for protecting the sustainability of fish stocks, so even small gains in quota are preferable to a situation of both sides setting their own level of quota and depleting shared stocks.

More good news for sustainability is that both the new UK Fisheries Act and TCA contain strong commitments to fishing within the maximum sustainable yield while applying precautionary and ecosystem-based fisheries management.

The UK also appears to be using increased control of its waters to advance conservation measures such as banning bottom trawling in a number of offshore marine protected areas. Time will tell if these early positive signs bear further fruit.

What does bear further examination is why expectations of a ‘Brexit bonanza’ were raised so high by many in Government, from the Prime Minister downwards.

We were not the only ones who raised concerns early on; a seminal inquiry by the House of Lords in December 2016 made it clear that negotiating the Brexit deal on fisheries would be extremely complicated, and that there was a strong link between securing a favourable trade deal and providing continued EU fishing opportunities in UK waters.

Our view is the same as five years ago: EU and UK fisheries are inherently interlinked and negotiations, even walking away, involve trade-offs with dramatic consequences that cannot be ignored.

When fish stocks are shared jointly with neighbouring countries, like most are around the UK, the only realistic options are to compromise on quota shares bilaterally or have both sides deplete fish stocks unilaterally. Negotiation, as the TCA shows, requires compromise.

It is also true that what is best for one industry may not be the best for all, and entire supply chains can fail based on their weakest link.

As the threat of a no deal Brexit that could have ended many fisheries exports loomed, the pressure to achieve a deal for the seafood industry became the highest priority. Lastly, while strong rhetoric and bold promises can be a successful political strategy, they are not without consequence.

The UK fishing industry has long resented EU decision making, but the reception to the TCA is not a promising start to this new phase for the UK.

Sustainable management of fisheries in multi-jurisdictional areas such as the North East Atlantic will only become more complicated in the future as climate change continues to alter the distribution and abundance of species.

The TCA will not be the final fisheries negotiation between the EU and UK so it is important that lessons are learned from the Brexit process. We may not always have five years to negotiate.