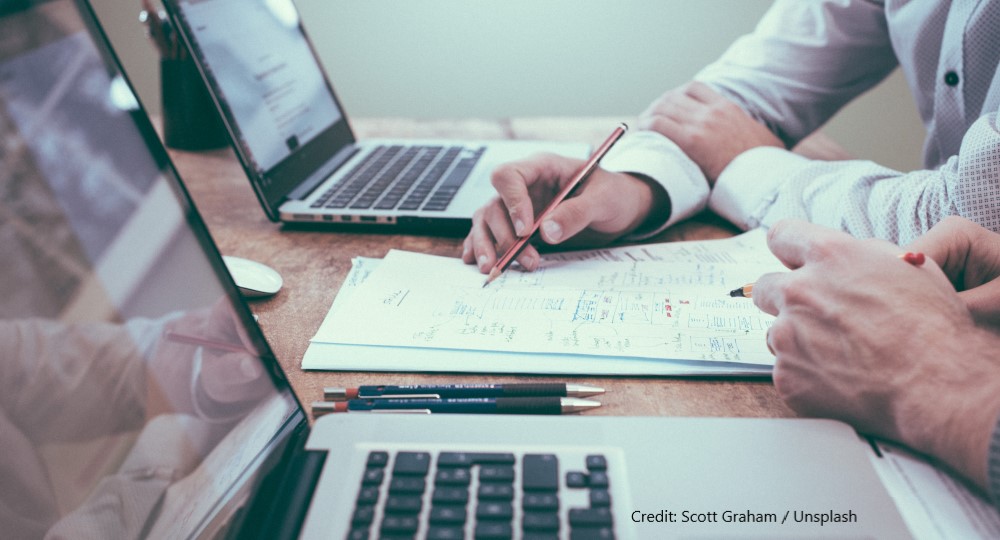 A crucial framework for international research collaboration was at stake as part of the Brexit process.

For several years the UK and EU research sector has called for the UK’s participation in Horizon Europe, a €95 billion set of research funding schemes due to begin in 2021.

To our collective relief, participation was discussed throughout the negotiations and finally secured by the deal. The Trade and Cooperation Agreement itself includes the basic arrangements for EU programmes, and a draft protocol provides the terms for the UK joining Horizon Europe specifically.

An accompanying joint declaration explains that the protocol should be finalised swiftly once the Horizon programme itself is formally established by the EU in the coming weeks.

Research is a particular strength for the UK, not least because of its world-class universities. But no country is an island when it comes to research. Real progress is made through researchers working together across borders.

The EU’s seven-year multilateral funding schemes are the biggest show in town when it comes to fostering collaboration through funding mechanisms, and the EU members together are the UK’s biggest collaborator.

It was in both sides’ interests to reach agreement on this, because science thrives on international collaboration. Horizon Europe was one of the few obvious ‘win-wins’ that a Brexit deal could produce, and was far less controversial than fish.

These and many other countries will have been watching the developments closely. The fact that agreement was found for the UK bodes well for others joining in the future, which is good news for research and supports the ‘open to the world’ ambition of the programme.

Despite the name, the idea is that the scheme will reach much further than Europe.

But the other precedent is that every country associating to a research programme already has an overarching relationship with the EU in place, under which such an agreement sits.

It was essential to avoid a ‘no deal’ outcome overall to provide a framework for the UK to join Horizon Europe, which left the community on tenterhooks before Christmas.

The basic financial contribution that the UK will make to the funding pot will be calculated annually according to the UK’s GDP relative to the EU27’s. This reflects the way that costs were calculated for associated countries in previous programmes.

But the more important element is what the UK might win back in grants, and how to handle the inherent uncertainty of that.

The EU was concerned about the UK winning more than it paid in, but the UK side was worried about the opposite. The UK’s success rate has decreased year-on-year since the Brexit referendum – what if it ends up paying over the odds for the benefit of being part of the networks?

The protocol therefore sets out some handbrakes on participation. If the UK wins back more than eight per cent above what it pays in for each of two consecutive years then the automatic top up applies.

If that gap runs to 12% in the opposite direction, then the UK can request a performance review process so that measures to improve success can be considered. If it reaches 16% then it can ask for changes to payments or withdraw from the programme.

This arrangement isn’t completely symmetrical — either in terms of the precise trigger points or the certainty of what happens — but it’s a relief that agreement was found.

Associated countries also need to contribute to the overheads of running the schemes. An admin fee of 5–7% was mooted at various stages in the negotiations, reflecting the official statistics on the costs of running Horizon 2020.

Surprisingly, the UK has managed to negotiate a significant discount on this. The fee starts at just 0.5% in 2021, and increases slowly to 4%.

UK participants will be able to both lead and participate in collaborative projects. Crucially they will also be eligible for grants that support individuals such as the prestigious European Research Council schemes, where the UK has a particularly strong track record.

That means that, from the point of view of researchers, they won’t see much difference from when the UK was a member state. The only exceptions to full participation are the European Innovation Council fund, which provides equity funding for businesses, and any specific exclusions from calls for security concerns.

The protocol also recognises that international collaboration works best when researchers can easily travel to work together. Both parties therefore commit to ‘make every effort’ to ‘facilitate the entry and residence of persons involved in the implementation of these programmes’.

On the UK side this commitment will be met through the Global Talent Visa. Eligibility for this visa route can be linked to sources of funding, meaning that those working on Horizon Europe grants will have a route marked out for them.

But the EU is able to suspend the UK from the programme if it substantially increase fees associated with mobility. This is one to look out for, as the Immigration Health Surcharge has increased significantly every year since its introduction.

As is normal for associated countries, the UK will have only ‘observer status’ when it comes to the governance of the programme, with no voting rights. In practice that’s no real loss to the UK – programme committees work by consensus and very rarely vote. The UK’s soft influence will still be there, with UK voices heard in the room.

Meanwhile, the UK has accepted that disputes between recipients of Horizon funding can ultimately be resolved by the ECJ, despite the broader political aversion to it. Again, this is not a significant issue, as it appears that this has never been invoked for research programmes.

Go forth and collaborate

The message for the UK and EU research sector is clear – go forth and collaborate. The UK will be joining the programme, so it’s time to start convening those consortia in anticipation of funding calls.

A positive outcome on Horizon Europe was far from certain, and the UK’s concerns about value for money will doubtless linger. It’ll be important for the UK success rate to recover quickly, or we’ll end up discussing this issue again in a few years.

Participation in Horizon Europe will be mutually beneficial to the UK and the EU. But the real winners here are future generations of citizens across the world, who will benefit from research discoveries that improve health and tackle global challenges.

In that sense at least, the sighs of relief could be counted in their billions.