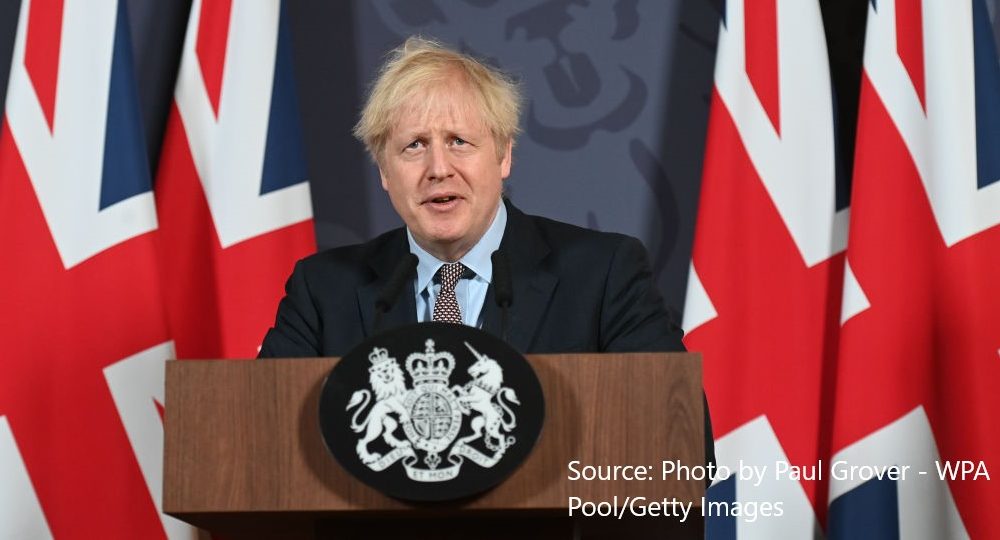 David Frost and Michel Barnier are to be congratulated. As the Prime Minister said, they have defied expectations that it would be impossible to conclude a Brexit deal in nine months while contending with a pandemic.

It is also good that it is a deal that both sides feel comfortable as presenting as meeting their requirements, something that was, in practice, made easier by the fact that the UK had – today’s language from Michael Gove notwithstanding about a “special relationship” – given up the ambitions of May ‘cakeism’ at Chequers in favour of a less threatening thin deal.

What was notable from the UK negotiators was how few their offensive asks were. Putting the quest for sovereignty at the heart of the Brexit deal made it easier for the EU, given it meant that the UK was prepared to accept (sorry prime minister) a raft of new non-tariff barriers to trade with the EU.

There are other things to welcome in the deal: as Peter Ricketts has noted, it has done more than might be expected on security cooperation – not least on extradition.

The UK will still be able to tap into EU data flows, albeit in a more clunky way than now and assuming that a data adequacy decision is forthcoming in the next six months when the temporary permission expires.

What is clear, however, from the small print in the Brexit deal is that this is not an agreement that allows the UK to distance itself from the European Union.

First, there are a lot of issues where the detailed operation needs to be finalised in the coming months. That means that although the overarching deal is completed, there is a lot more work to do on both sides to make it work in practice.

It is quite possible that many of the exhausted negotiating team will see 31 December as their personal liberation day and seek to move on – but there needs to be a team in place to ensure that these tasks are completed in a way that reflects the understanding of both sets of negotiators.

But that is not the end of it. The agreement establishes a complicated and comprehensive governance structure, headed up by a Partnership Council, with a structure of specialised committees and working groups sitting under it.

That sits alongside the Joint Committee overseeing the Withdrawal Agreement. The agreement itself is littered with provisions for consultation, exchanges of information and reviews. It remains to be seen how onerous this is. The UK will have to decide how to restructure itself to service these structures.

As an EU member, it had very effective internal coordination mechanisms – with liaison between the head of the UK representation in Brussels and the Prime Minister’s EU adviser – who acted both as Sherpa and head of the European and Global Issues secretariat in the Cabinet Office.

It looks like something similar will be required going forward – the Brexit deal is so encompassing that no one department can manage its scope.

But at the moment there is no domestic set-up to do this and it will be more difficult to do than before, as individual departments will need to come to terms with remembering to think through the implications of their domestic policy moves for the agreement with the EU.

There will need to be coordination with the devolved governments too. The UK government will be answerable through these structures for their compliance or non-compliance with the terms both of this agreement and the Withdrawal Agreement.

There will need to be close liaison with the UK Mission (UKMis) in Brussels. At the moment, that is being “naturally wasted” to reflect UK exit and the end of the negotiations. It is not clear from this deal whether that can be sustained.

UKMis will play a vital role in intelligence gathering and alerting the UK to potential emerging pitfalls – and helping people serving on the plethora of groups navigate an EU which fewer and fewer people will have direct experience of working with.

The risk is that it becomes harder to attract people into these roles. The Canadians say that the US has to loom large in all their policy thinking; Switzerland and Norway expend huge diplomatic efforts in Brussels. The nature of this agreement suggests the UK will have to do the same.

On Thursday, the PM claimed to have a Brexit deal that combined a free trade agreement with the return of UK sovereignty. He is right – for now. He has delivered his objective of tariff- and quota-free trade, and the UK will not be tied to EU laws nor ECJ jurisdiction.

But what will only become clear in the months and years to come is how far that new elastic can be stretched.

He has committed to non-regression on environmental and labour laws but there are provisions to remove some of the privileges of the agreement if either side takes measures that “weaken or reduce” that protection “in a manner that affects trade and investment”.

The test on subsidies is that they should not “have or could have a material effect on trade and investment between the two parties” – with a test for remedial measures that they have a “significant negative” effect.

The critical question for the future functioning of the agreement is how high these bars are set. If they are high, then the UK will have substantial regulatory freedom.

But if relatively minor divergences trigger action, ultimately leading to ‘rebalancing’, aka changing the terms of UK access, the UK could find its scope for action much more constrained and the value of the agreement in terms of offering certainty to business reduced.

Brussels could be lurking in the corner of UK domestic policy debates for decades to come.

By Jill Rutter, senior research fellow of UK in a Changing Europe.