A ‘Brexit dividend’ to spend on the NHS? 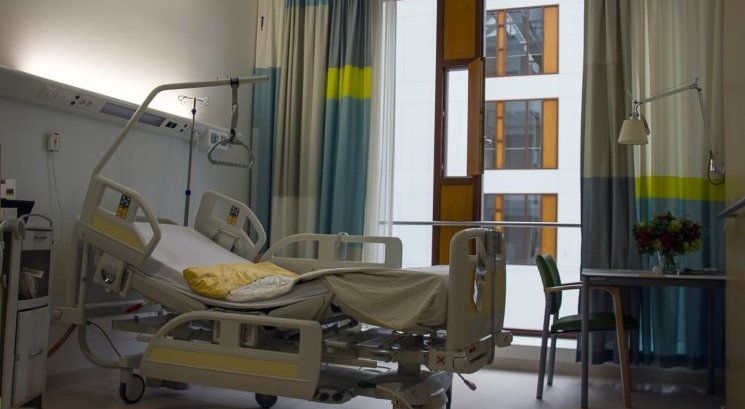 Brexit is likely to mean less money for public services, including the NHS, than otherwise would have been the case. Although the NHS budget may continue to rise in real terms, it is more likely than not that lower economic growth will take away funds that would otherwise have been available for additional spending increases.

Even without Brexit, addressing the pressures on NHS funding would likely require significant tax increases, extra borrowing or diverting more money away from other services. Brexit will make these hard choices even harder.

Regardless of Brexit, the NHS will face increasing demand cost pressures over the coming years. The Office for Budget Responsibility (OBR) recently projected that NHS spending would need to increase by 5.3% of national income over the next fifty years in order to meet increasing demand for its services and other cost pressures —a sum equivalent to about £110 billion in today’s money.

This includes meeting the needs of a growing and ageing population, as well as the cost of new technologies and treatments, pressures that are common to public and private health systems across the world.

Calls for increased funding have grown recently amid increasing signs of strain, including lengthening waiting times and a larger number of cancelled operations.

In the short term, the immediate effects of the Brexit vote will have increased these pressures. The depreciation of sterling has increased the costs to the NHS of goods and supplies that are imported, and the resulting inflation has also eroded the real value of public-sector workers’ pay. In November 2016 the OBR forecast that the sterling depreciation would increase prices by 2% in the medium term.

Simply compensating NHS staff for this increase in prices would cost around £1 billion in additional salaries. Indeed, in the November Budget in 2017 the Chancellor announced that the public-sector pay cap would end for most NHS staff, at an expected cost of around £700 million in 2017–18.

Finding additional funds to cover such increases obviously affects the amount of healthcare that can be provided within a given budget.

Given this context, it is not surprising that NHS funding has not only been important in recent policy debates, but also played a prominent role in the 2016 referendum campaign.

This famously included claims that some or all of the UK’s gross contribution (including its rebate) to the EU budget—currently about £19 billion per year, or £360 million a week—could instead be diverted to the NHS. However, higher health funding will involve more difficult trade-offs than these figures imply.

In the short term, assuming a transition is agreed, the UK will continue to contribute to the EU until the end of any transition period; there will also be some additional payments as part of the “divorce bill”. Even after the transition, the full £19 billion will not be available. In particular, the UK’s rebate—currently about £5 billion—has already been “spent” domestically on the government’s priorities and simply cannot be spent again.

The remaining £14 billion could theoretically be redirected, but the government has already pledged to replace at least some EU spending (for example, farming subsidies) for some years.

The size of the UK’s net contribution to the EU after taking into account both the UK’s budget rebate and existing EU spending in the UK is about £8 billion. This represents a more realistic estimate of the sum that could be redirected to domestic priorities, including the NHS.

However the impact of Brexit on the wider economy is likely to have a greater impact than the amount the UK will get back from reduced EU contributions. Brexit represents a fundamental shake-up of the UK’s relationship with our largest trade partner.

If, as most economists expect, this reduces economic growth over the medium to long term, it will almost certainly outweigh the reduction in our EU contributions; a reduction in GDP of just 1% translates to a fall in tax revenue of more than £8 billion.

The OBR has already incorporated some, but not all, of the potential impacts of Brexit into its forecasts. In the November 2016 Autumn Statement, it downgraded its forecasts for investment, productivity growth and immigration, as well as raising its inflation forecast relative to what it thought would have happened without Brexit.

The implied hit to the public finances is about £15 billion per year by the early 2020s, about 10% of the NHS budget, more than outweighing the UK’s net contribution to the EU. This is despite reduced investment having only a modest impact on tax receipts, as investment spending is taxed less heavily than consumption.

When over time this feeds into lower company profits, the long-run increase in the deficit may be around £3.5 billion larger.

In other words, so far the implication is that Brexit has reduced rather than increased the funds available for the NHS (and other public services), both in the short and long term. Although subsequent growth after the OBR’s forecast has been slightly stronger than expected, the medium-term outlook is now gloomier than in November 2016.

All forecasts are uncertain, and the fact we do not yet know what the UK’s post-Brexit relationship with the EU will be adds additional uncertainty. However, the OBR forecast is predicated on a relatively smooth transition, putting it at the optimistic end of the spectrum; in a ‘no deal’ scenario, in which the UK reverted to World Trade Organisation (WTO) rules, the economic dislocation would be much larger. Moreover, the OBR has not as yet incorporated any longer-term negative impacts of Brexit on productivity, and some economists expect these to be significant.