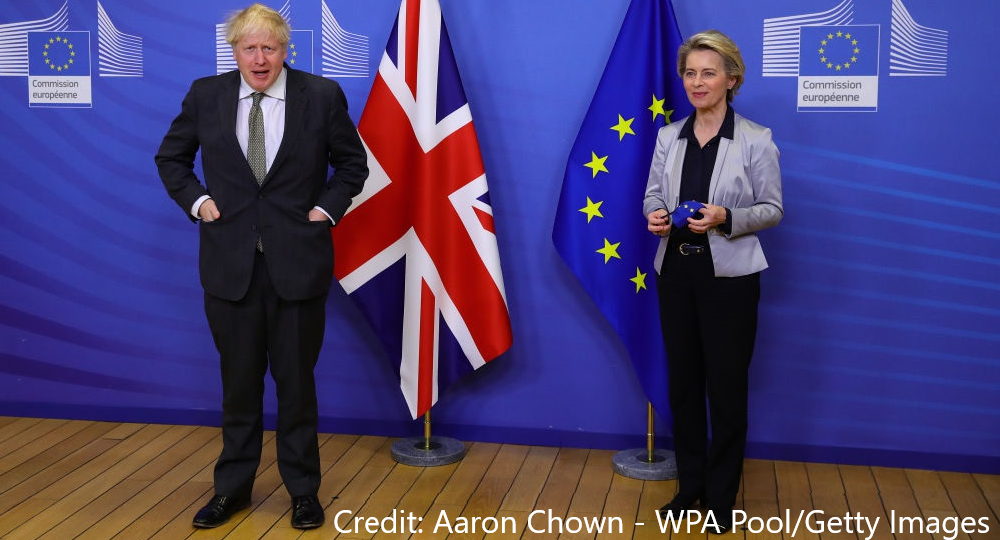 Boris Johnson notoriously hates to make decisions – he dithers, defers and dodges. He writes two articles, then plumps for one. But in the next hours, days and weeks, he will finally be able to duck the decision that defines his premiership no longer.

Yesterday, Boris Johnson and Ursula von der Leyen agreed to send Michel Barnier and David Frost once more into the conference room and to report back by Sunday.

Then, Johnson and von der Leyen will decide whether a deal is there, the talks should continue or whether to call things off and prepare for no deal.

On each, potential landing zones can be constructed. On fish, the UK is acknowledged to be in sovereign control of its waters, but allows EU boats continued access, for some time, and for less fish than now. Differences can be split.

On level playing field, the UK has already conceded one limitation on its freedom – Michael Gove has confirmed again it will accept non-regression on environmental and social standards.

An even-handed ratchet, that applied only when both sides had moved standards upwards, as originally proposed, with an independent body to assess the impact on trade might work.

On state subsidies, the UK should, in principle, welcome constraints on EU subsidies, as it is unlikely to be able to match them. A Covid-19 support exemption could be negotiable.

There is a lot to be said for a strong independent domestic enforcement regime. An international constraint would also help defuse internal rows with the devolved governments.

But this is where it becomes difficult. The substance may be soluble, but not the principle.

And the Prime Minister has to decide whether his version of sovereignty, to be exercised some time in the future, is worth the price of no deal now, and whether he can put up with the inevitable accusations of sell-out and climbdown.

That is Johnson’s choice. So how does he make it?

First, he has to judge how real he thinks the constraint of a deal is – and whether, in effect, he is just buying a few months by signing and taking the flak for a deal now – or whether he is establishing a durable basis for UK-EU trade.

But he also has to judge how long he could sustain no deal. The EU judges a couple of months of pain and Johnson (or his successor) will be quickly back to the negotiating table, pleading for access and willing to sign on any dotted line to make the pain stop.

No point going for no deal if that is just a prelude to caving in later. Deal tomorrow is worse than deal today.

Then he needs to weigh a deal against the immediate politics and economics of no deal.

On no deal, he is assured of the support of his Cabinet (we are told – they were after all prescreened for compliance) and his noisy ERG backbenchers. Nigel Farage would be put back in his box rather than snap at a sell-out deal.

But other Conservative MPs, lobbying behind the scenes, will be less sanguine.  They have been quiet to date, but they may not stay so quiet if Johnson fails to deliver his promised deal.

No deal makes life, politically, easier for Labour. Labour can unify in condemnation of Johnson’s failure, charge that he misled the public over his ‘oven ready deal’ and add it to its tally of government incompetence. A deal may see Labour disarray.

No deal would turbocharge the nationalists in the run-up to the Holyrood elections and deepen the border in the Irish Sea.

The Prime Minister might think that the UK can prosper mightily with no deal, but that is not what the government’s official forecaster thinks.

The OBR set out a no-deal scenario – and the bill looks substantial: a 2 per cent hit to growth next year, a 1 per cent hike in the price level from tariffs (more if there is a big fall in the pound), 830,000 extra job losses and an £8 billion hit to public finances next year.

Would any prudent Prime Minister sign up to that, especially knowing that the new recruits to his fragile electoral coalition are likely to bear the brunt of the changes?

But against that are the counterfactuals. The Covid-19 vaccine is likely to mean that the economy recovers next year, perhaps quicker than the OBR’s quite conservative central scenario.

The public finance arithmetic will barely notice an additional £8 billion hit – that is no longer big money in the era of Covid-19. There will be lots of job losses anyway and the pandemic will be more present as the proximate cause.

That 2 per cent hit is on top of a long-term 4 per cent economic hit from the sort of trade deal Johnson has said he wants.

And a deal does not guard against disruption, it just dampens it. The problem for the government is that people will not compare it with what might have been, they will compare with what they know, which is membership of the Single Market and Customs Union.

No deal enables the government to blame an intransigent EU for the pain, not take responsibility for it. A deal makes it much harder to deny ownership.

As we speak, the Prime Minister may be penning two statements to the nation – on deal or no deal.  The rhetorical flourishes probably flow more easily with the latter.

But he showed last year that he can sell deals “no British Prime Minister would accept” – his willingness to do a deal may depend on whether he trusts those skills again.